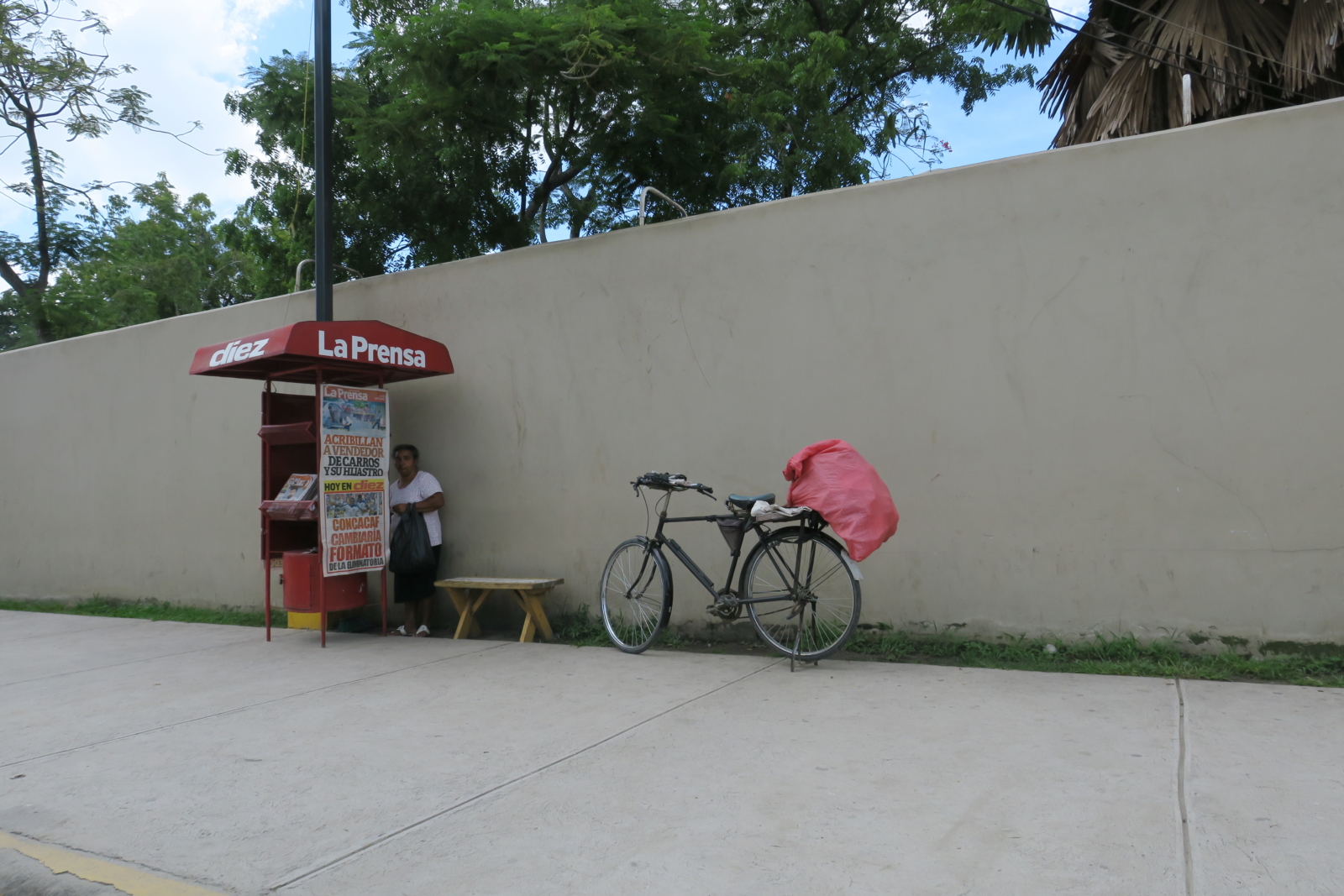 The image of a dozen children playing behind a tall metal fence, surrounded by armed guards, says it all – in one of the world’s most dangerous barrios, even playtime happens under security lockdown.

We drive past the park in a small car, with our windows rolled down. The driver, a young man who was born a few blocks from where we are going, says local gang members need to see us – they are not too keen on visits from outsiders.

Seven rival gangs operate in the Rivera Hernández District. They control each of the 39 neighbourhoods that make up the area and the lives of the 150,000 men, women and children who live there.

Graffiti on several walls shows how the territory is divided, and warns residents of the consequences of stepping out of line.

Everyone who lives here knows the ground rules: do not hang out with members of a rival gang, do not speak out against the gang that controls your area, do not refuse to join your neighbourhood’s gang or to become the “girlfriend” of one of the leaders, pay the “taxes” imposed by the gang.

The penalty for breaking the rules? Death.

Camila, a 22-year-old teacher, moved to the Rivera Hernández as a teenager, after his father found a job in a local factory.

Growing up in the area was tough.

“Lots of good people live in the Rivera Hernández – hard workers who want to make things better, but there are also many gang members and military who do not protect us,” she said.

“Here you can´t walk around freely. At any point there can be a shootout where young people are killed by gang members or soldiers who are often colluding with the gangs.

“For the children it’s like living in a prison, because they are scared. In schools there are many gang members who harass and scare the children. They force you to be their girlfriend and if you complain, no one does anything, out of fear. There are many teachers who were forced to leave their schools, even the country, because the gangs were threatening them.”

Nothing to do but run

Camila now works at “Step by Step,” a local organization founded in 2002 to tutor local schoolchildren in a safe environment.

The building is an oasis of calm amid the violence on the other side of the tall brick walls. Several groups of boys and girls, aged between six and 16, study, work on their homework, read and participate in discussions about how to build a safer Honduras.

“I joined the programme when I was nine years old. It changed my life because then I didn’t have a place to go when my parents were working. Here they teach you things and they provide a safe place. When I finished studying, I stayed on to help others,” says Camila.

But, impressive though it is, the project sometimes feels like a Band-aid amidst the violence and terror that dominates the lives of thousands on the other side of these walls.

With a murder rate topped only by Syria’s, and a government that does little to protect the targets of such violence, Honduras has become a virtual war zone, leaving most people, particularly teenagers, with little option but to flee and seek asylum abroad.

“Many children here have histories of violence, many have seen their relatives being murdered. If they file a report, the police do nothing and many do not file reports because they know the police sell information to the gangs. Here you have to keep quiet because if you talk, you might be gone the next day. [In Step by Step] we help them to get ahead, but for many, the only option is to leave the country,” Camila explains.

And people have been leaving the country, in growing numbers.

According to the United Nations Refugee Agency, the number of asylum applications made around the world by people from El Salvador, Honduras and Guatemala increased by nearly 600% between 2010 and 2015.

But instead of providing the protection these people are entitled to under international law, Mexico and the USA – where most flee to – have been increasingly pushing them back to the same mortal danger they were trying to escape from.

Between 2010 and 2015 alone, there was a 145% increase in the number of deportations from Mexico to Honduras.

Once back in their countries, refugees find themselves alone, without any form of meaningful protection from the government, facing the same gangs that terrorized them for years.

Since taking office last month, US President Trump has failed to make any reference to the hundreds of thousands of refugees from Central America who travel through Mexico to the USA in search for safety. But his vision of a US-Mexico border wall and other policies are likely to have lethal consequences for many seeking a path out of the deadly violence endemic to their Central American homelands.

As part of a raft of Executive Orders he signed in his first week at the White House, President Trump has made it exponentially more difficult for those fleeing extreme violence to find a safe place to call home – including by halting the Central American Minors scheme, set up by President Obama in 2014 to help children from violence-torn countries such as Honduras and El Salvador.

By shutting the door to refugees, Trump is effectively condemning them to a life of terror and violence.

Failing to take action to protect refugees is not going to stop people from embarking on these dangerous journeys, it will just put them at heightened risk – pushing them to repeatedly attempt the perilous journey in search of safety.

“We hear many stories of kids who are deported from Mexico and the USA only to be abused or killed. Most of the ones who are deported start the journey again and again as soon as they arrive, they have no other choice,” Camila says.

Names have been changed to protect the safety of those interviewed.

This story was originally published in the International Business Times