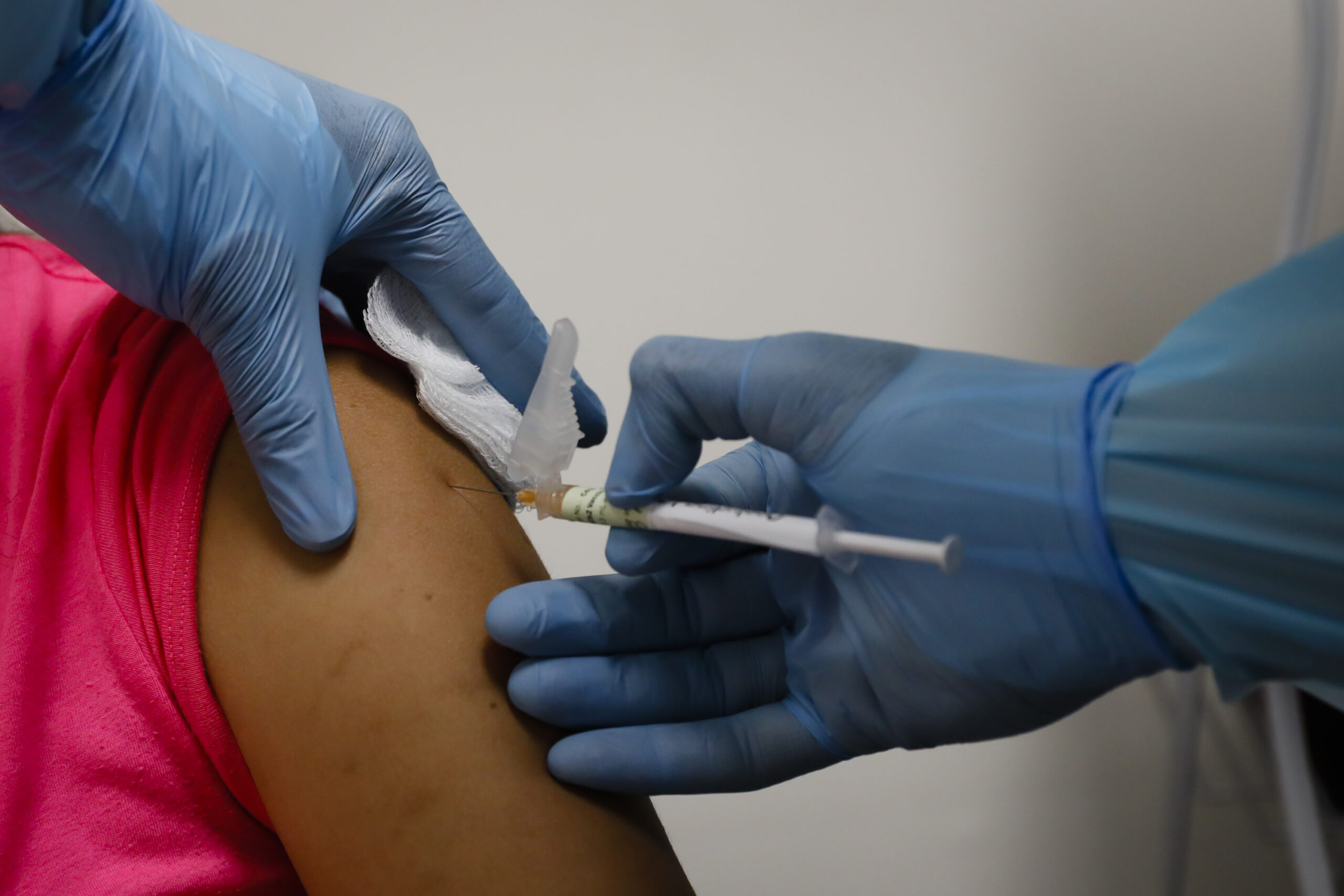 Nearly 70 poor countries will only be able to vaccinate one in ten people against COVID-19 next year unless urgent action is taken by governments and the pharmaceutical industry to make sure enough doses are produced, a group of campaigning organisations warned today, (optional, for UK version: as the UK begins vaccinations this week).

By contrast, wealthier nations have bought up enough doses to vaccinate their entire populations nearly three times over by the end of 2021 if those currently in clinical trials are all approved for use. Canada tops the chart with enough vaccines to vaccinate each Canadian five times. Updated data shows that rich nations representing just 14 per cent of the world’s population have bought up 53 per cent of all the most promising vaccines so far.

The organisations, including Amnesty International, Frontline AIDS, Global Justice Now and Oxfam, who are part of an alliance calling for a People’s Vaccine, used data collected by science information and analytics company Airfinity to analyse the deals done between countries and the eight leading vaccine candidates. They found that 67 low and lower middle-income countries risk being left behind as rich countries move towards their escape route from this pandemic. Five of the  67 – Kenya, Myanmar, Nigeria, Pakistan and Ukraine – have reported nearly 1.5 million cases between them.

Steve Cockburn, Amnesty International’s Head of Economic and Social Justice, said: “The hoarding of vaccines actively undermines global efforts to ensure that everyone, everywhere can be protected from COVID-19. Rich countries have clear human rights obligations not only to refrain from actions that could harm access to vaccines elsewhere, but also to cooperate and provide assistance to countries that need it.

“By buying up the vast majority of the world’s vaccine supply, rich countries are in breach of their human rights obligations. Instead, by working with others to share knowledge and scale up supply, they could help bring an end to the global COVID-19 crisis.”

Anna Marriott, Oxfam’s Health Policy Manager, said:  “No one should be blocked from getting a life-saving vaccine because of the country they live in or the amount of money in their pocket. But unless something changes dramatically, billions of people around the world will not receive a safe and effective vaccine for COVID-19 for years to come.”

Heidi Chow, from Global Justice Now, said: “All pharmaceutical corporations and research institutions working on a vaccine must share the science, technological know-how, and intellectual property behind their vaccine so enough safe and effective doses can be produced. Governments must also ensure the pharmaceutical industry puts people’s lives before profits.”

The Pfizer/BioNTech vaccine has already received approval in the UK and vaccinations are beginning this week. It is likely to receive approval from other countries including the US within days. Two further potential vaccines, from Moderna and Oxford in partnership with AstraZeneca  are expected to submit or are awaiting regulatory approval. The Russian vaccine, Sputnik, has announced positive trial results and four other candidates are in phase 3 clinical trials.

So far, all of Moderna’s doses and 96 percent of Pfizer/BioNTech’s have been acquired by rich countries. In welcome contrast Oxford/AstraZeneca has pledged to provide 64 percent of their doses to people in developing nations. Yet despite their actions to scale up supply they can still only reach 18 per cent of the world’s population next year at most. Oxford/AstraZeneca deals have also mostly been made with some of the big developing countries like China and India, while the majority of developing countries have not done deals and have to share the COVAX pool of vaccines between them.

This demonstrates that one company alone cannot hope to supply the whole world, and that only open sharing of technology between vaccine producers can make this possible.

The People’s Vaccine Alliance is calling on all pharmaceutical corporations working on COVID-19 vaccines to openly share their technology and  intellectual property through the World Health Organisation COVID-19 Technology Access Pool, so that billions more doses can be manufactured and safe and effective vaccines can be available to all who need them.

The Alliance is also calling on governments to do everything in their power to ensure COVID-19 vaccines are made a global public good—free of charge to the public, fairly distributed and based on need. A first step would be to support South Africa and India’s proposal to the World Trade Organisation Council this week to waive intellectual property rights for COVID-19 vaccines, tests and treatments until everyone is protected.

The vaccines developed by AstraZeneca/Oxford, Moderna and Pfizer/BioNTech have received more than $5 billion dollars of public funding, which the alliance said placed a responsibility on them to act in the global public interest.

Dr Mohga Kamal Yanni, from The People’s Vaccine Alliance, said: “Rich countries have enough doses to vaccinate everyone nearly three times over, whilst poor countries don’t even have enough to even reach health workers and people at risk.

“The current system, where pharmaceutical corporations use government funding for research, retain exclusive rights and keep their technology secret to boost profits, could cost many lives.”

Lois Chingandu, Director of Frontline AIDS, said: “This pandemic is a global problem that requires a global solution. The global economy will continue to suffer so long as much of the world does not have access to a vaccine.

“We need to put pharmaceutical industry profit aside during this unprecedented pandemic, both to save humanity and the economy.”

Last month in the US, more than 100 high-level leaders from public health, faith-based, racial justice, and labour organisations, joined former members of Congress, economists and artists to sign a public letter calling on President-elect Biden seize on this extraordinary moment and power of the US President to support a People’s Vaccine.