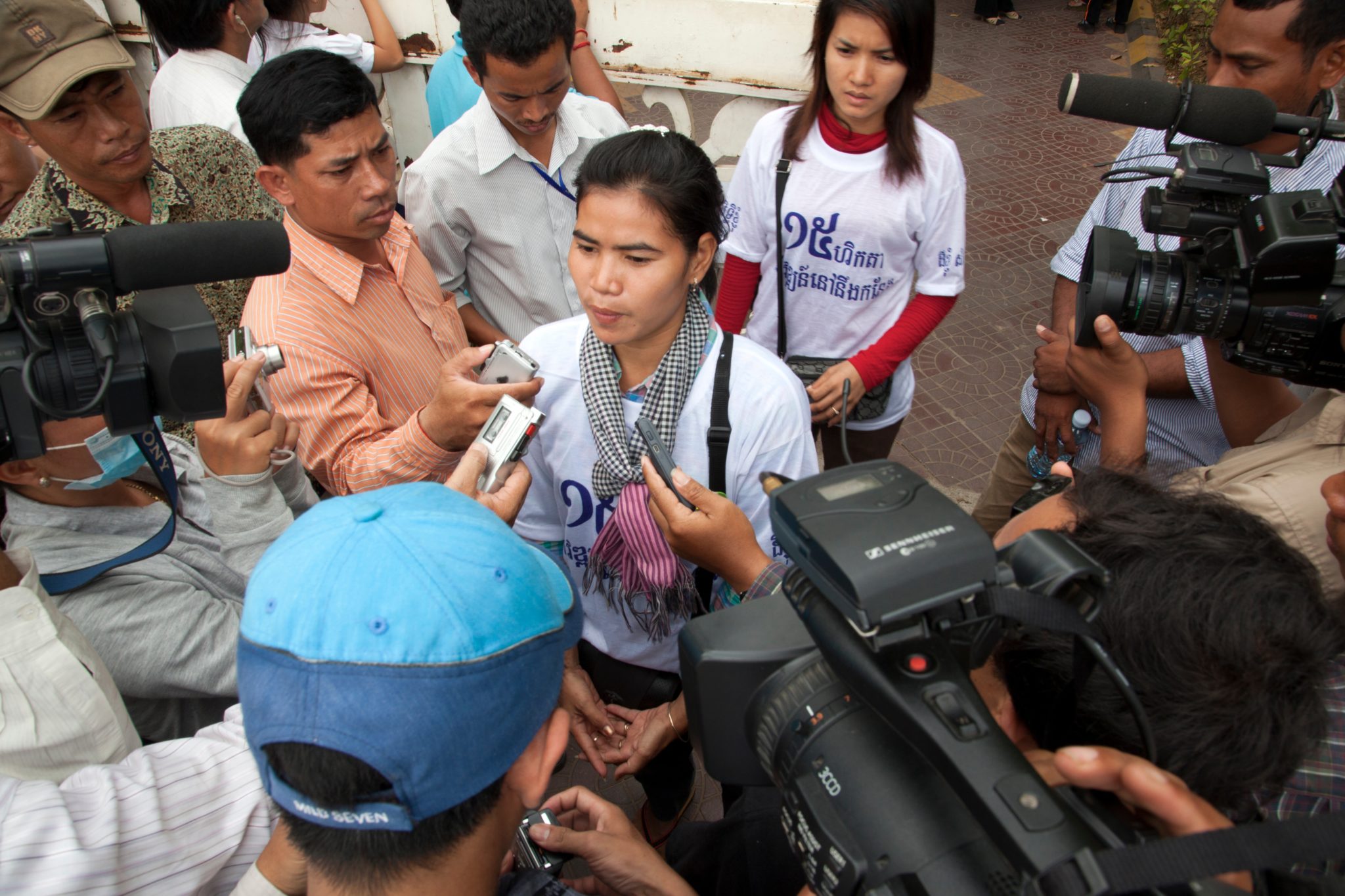 Amnesty International and 63 other organisations are demanding the release of the Cambodian human rights defender Tep Vanny today on the one-year anniversary of her arrest on trumped up charges.

“Tep Vanny has now languished in prison for one year for doing nothing but peacefully defending her community. The charges against her have always been spurious at best – she must be released immediately and unconditionally,” said Josef Benedict, Amnesty International’s Deputy Campaigns Director for Southeast Asia and the Pacific.

In a joint statement, the organisations highlight how Tep Vanny was arrested on 15 August 2016 after taking part in a protest calling for the release of five human rights defenders. Once in prison, authorities reactivated dormant charges from 2013 and she was eventually handed a two-and-a-half year prison sentence.

Tep Vanny is one of the most prominent human rights defenders in Cambodia and has been arrested at least five times since 2013. The authorities have recently stepped up a far-reaching crackdown on critics as the country gears up for a general election in 2018.

“The sweeping crackdown on any form of criticism in Cambodia must end immediately. Hardly a week goes by without news of another human rights defender or political activist being harassed, charged or imprisoned for their ‘inconvenient’ opinions. It is deeply troubling that courts in the country are being used to do the authorities’ bidding,” said Josef Benedict.#

Show your solidarity with Tep Vanny – take action! Sign the petition and call on the Cambodian government to stop the crackdown on human rights defenders and release Tep Vanny immediately and unconditionally, and drop all charges against her.