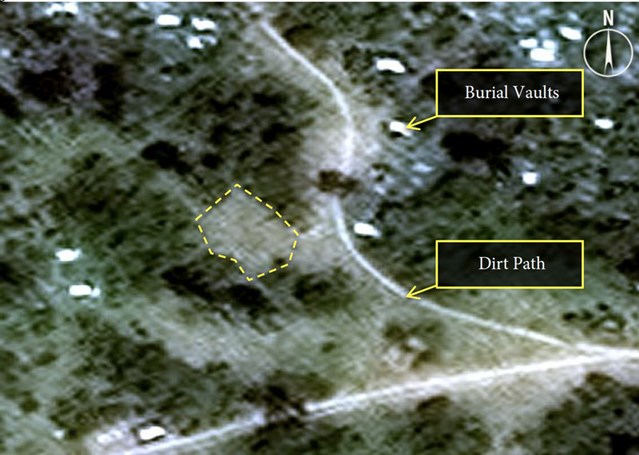 Before and after images and video footage clearly show five possible mass graves in the Buringa area, on the outskirts of Bujumbura. The imagery, dating from late December and early January, shows disturbed earth consistent with witness accounts. Witnesses told Amnesty International that the graves were dug on the afternoon of 11 December, in the immediate aftermath of the bloodiest day of Burundi’s escalating crisis.

“These images suggest a deliberate effort by the authorities to cover up the extent of the killings by their security forces and to prevent the full truth from coming out,” said Colm O’Gorman, Executive Director of Amnesty International Ireland.

Amnesty International researchers were in Bujumbura when the killings occurred and visited affected neighbourhoods, including Nyakabiga, the next morning. Residents described how the bodies of at least 21 men were left in the streets, homes and drainage ditches. Researchers found large pools of blood where some of the victims had been killed but the bodies had been removed. Witnesses described how police and local officials scoured Nyakabiga and other neighbourhoods to retrieve the bodies of those who were killed and took them to undisclosed locations.

The mother of a 15-year-old boy who was shot in the head as he ran to take refuge in an outhouse in the Musaga neighbourhood, told Amnesty International that a pickup truck from the mayor’s office retrieved her son’s body. The men that took him refused to tell her where the body was being taken. “I don’t know where he is or if he’s been buried,” she said.

In addition to the Buringa site, Amnesty International received credible reports of suspected mass graves of people killed on 11 December in several other locations, including Mpanda and Kanyosha cemeteries. Local sources reported that 25 bodies were buried in five graves at the Mpanda site, and 28 bodies were buried in four graves at the Kanyosha site. It is not known how many bodies might be found at other sites.

The findings follow a report by Amnesty International in December, “My children are scared”: Burundi’s deepening human rights crisis, and come days before African leaders are due to discuss the conflict in Burundi at the African Union (AU) summit in Addis Ababa.

“African leaders gathering at the AU summit must call on the Burundian government to grant international investigators access to all suspected grave sites and launch an immediate, independent and impartial investigation into the killings and why most families were given no opportunity to retrieve and bury their dead,” said Colm O’Gorman.

“Families need to know what happened to their loved ones and to be able to bury them in dignity. These suspected grave sites must be secured until proper investigations can be carried out, and any bodies found in them should be exhumed to assess the causes of death.”