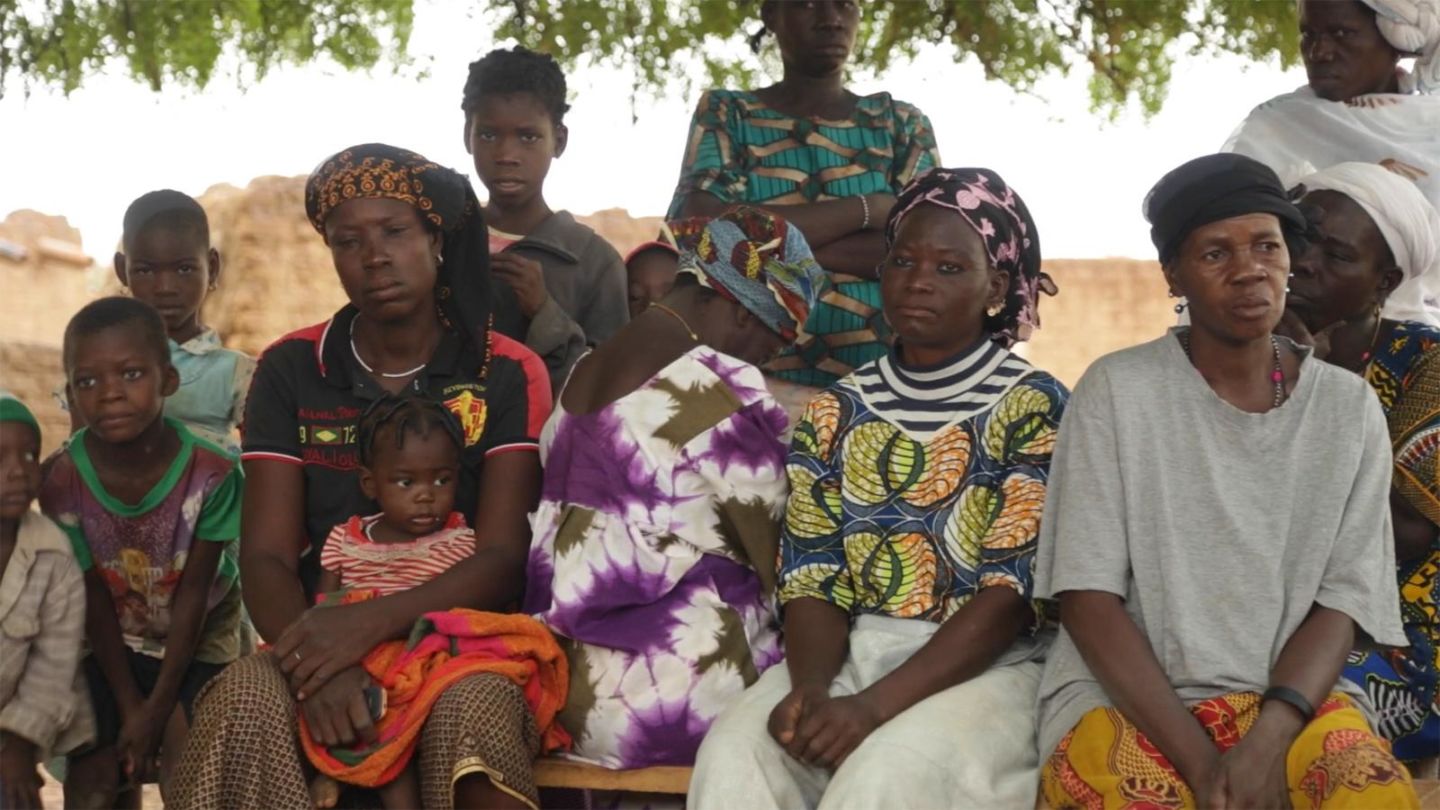 “My dad married me off to a 70-year-old man who already has five wives. He threatened me saying if I don’t join my husband he will kill me.” – 13-year-old Maria

Thousands of girls and some boys are being robbed of their childhood as a result of early marriage, while the barriers to contraception – which include cost, lack of access to clinics and the need for spousal permission – mean they cannot choose if and when they want children, said Amnesty International in a report published today. Amnesty’s 50-page report, Coerced and denied: forced marriages and barriers to contraception in Burkina Faso, highlights how many girls, some as young as nine, are being forced to get married, and some are beaten, or threatened when they try to make their own decisions.

“Far too many women and girls in Burkina Faso have no control over their lives. Once married, girls are expected to have children as soon as possible. Early pregnancies greatly increase the risk of girls dying or experiencing life-changing physical injuries. Very few have the chance to go to school or complete their education. In some parts of Burkina Faso, more than half of all girls are married off before they turn 18. This has to stop. Neither family members nor the wider community should be able to make decisions about a girl’s body, denying the chance to fulfil her own hopes and dreams for the future,” said Colm O’Gorman, Executive Director of Amnesty International Ireland.

In some parts of Burkina Faso, more than half of all girls are married off before they turn 18. This has to stop.

Under law in Burkina Faso, girls should be aged 17 or older before they marry, yet more than half of girls aged between 15 and 17 are already married in the Sahel region in the north of the country. Families in many parts of Burkina Faso often marry off girls to consolidate family alliances, acquire social status or in exchange for goods, money and services. Amnesty also highlights the practice in some areas of “Pog-lenga” or “bonus woman” where a bride may also bring her niece to her new husband’s family as another girl for marriage.

Céline, a 15-year-old girl who fled on her wedding day, told Amnesty how she was forced to marry a relative of her aunt’s husband: “I did not want to marry the man. My aunt told me ‘if you flee, we will destroy you.’ I fled my husband’s home, but when I got to the village my family said I could not live with them.”

Girls who resist forced marriage face huge pressure from their families and society, including threats of violence. Maria, a 13-year-old girl, said: “My dad married me [off] to a 70-year-old man who already has five wives. My dad threatened me saying if I don’t join my husband he will kill me.” Maria fled his house and walked over 100 miles in just over three days to seek refuge at a shelter for young girls.

Close to 30 per cent of 15 – 19-year-old girls and young women in rural areas are pregnant or have had their first baby despite the risk that they are twice as likely to die during pregnancy or childbirth as those over the age of 20. Nearly all the women and girls Amnesty interviewed said they suffer verbal abuse or physical violence when they raise the issue of birth control with their partners. They also said that their lack of control over financial resources mean that they had to ask for money from their partners to buy contraception.

25-year-old Bintou told Amnesty: “I asked my husband for money [for contraception]. He got angry. He would systematically say no, and in our culture, when the husband says something, women have to obey. Asking for money when it’s for groceries already leads to beatings. You can imagine when you want cash for contraception.”

Khadjatou, a 26-year-old farmer and mother of four, told Amnesty how she was beaten when she attempted to practice the ‘safe method’ of contraception: “I would have liked to use contraception to space the births of my children but my husband refused to let me. So I just refuse to have intercourse with him when I think I am fertile. It makes him angry and he beats me. But I resist because by spacing the births of children, they have a better chance to grow up healthy. By the grace of God, if I have money, I will use a contraceptive method and hide it from my husband.”

Despite the government’s efforts to reduce the cost of contraception, most women and girls said they could not afford to buy them. According to official figures, less than 16 per cent of women use a modern method of conception, such as oral contraception, IUDs, or implants, dramatically increasing the risk of unwanted and sometimes high-risk pregnancies.

Under Burkina Faso law, child marriage is already banned, but in an inadequate and discriminatory way: the age limit for marriage is 21 for males and 17 for females. The law only applies to marriages registered by the state – a fraction of the marriages taking place – but not the traditional and religious ones. Amnesty is urging the government to revise the minimum age of marriage to 18 for both boys and girls.

“Thousands of girls and young women across Burkina Faso are being denied their basic right to choose who, and when and indeed if they want to marry. With the lack of easy and affordable access to contraception, these women are also not allowed to decide if they want children, or how many to have. The Burkina Faso government has taken the important step of criminalising child marriage. Now it needs to urgently enforce this ban, by ensuring all marriages are registered and checked. They must also lift the barriers which prevent many women and girls from accessing contraception,” said Colm O’Gorman, Executive Director of Amnesty International Ireland.