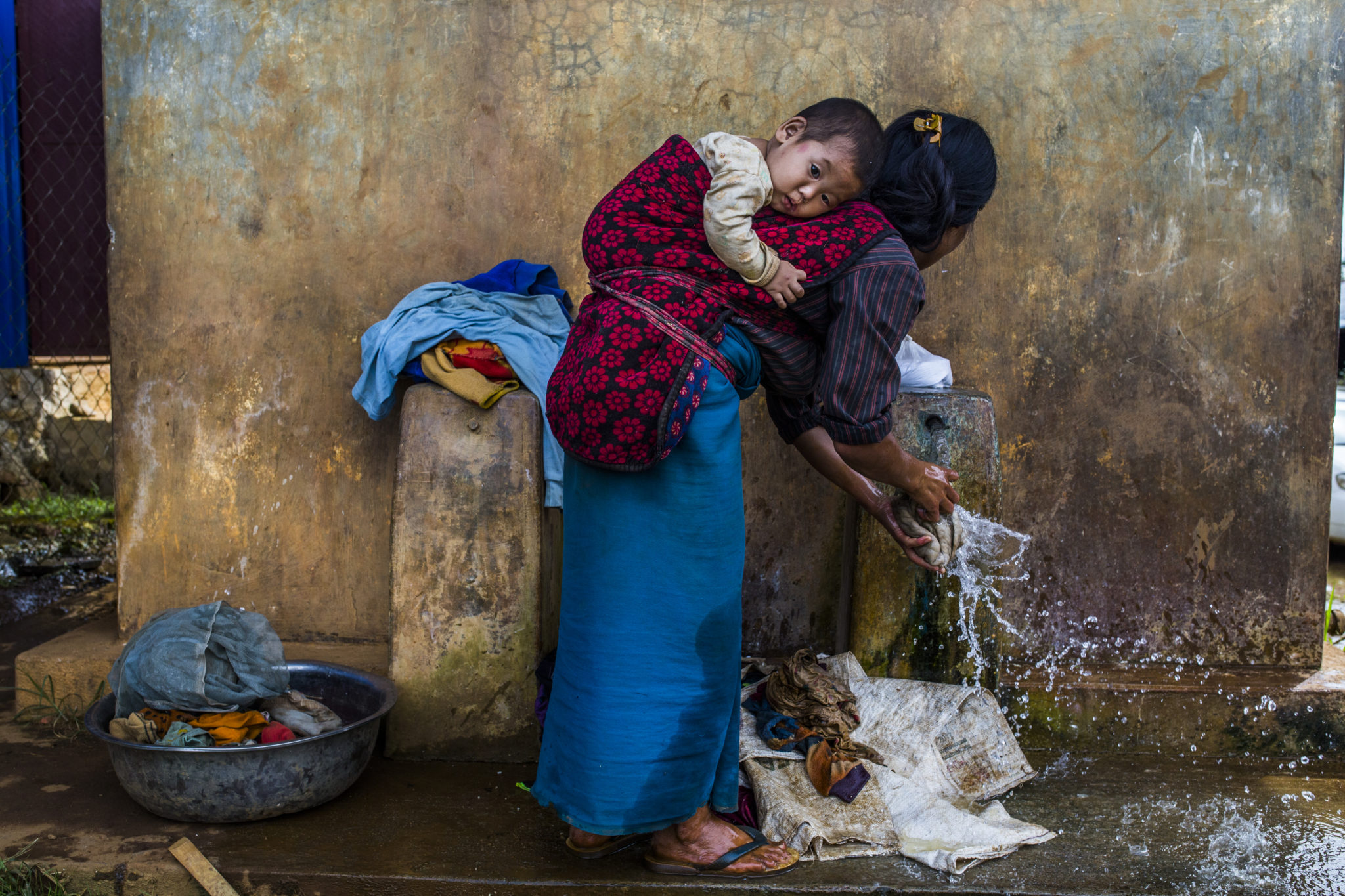 ‘Your brother has been killed,’ the Burmese soldier said. ‘You can come out of hiding and take him.’

As you approach the fishing village of Shamlapur, near the long, sloping sand beach of Cox’s Bazar, the sense that something is wrong grows. Tens of thousands of exhausted people step out of ramshackle boats that have carried them across the Naf River after an arduous journey from Burma. Weary and traumatized, they seek shelter anywhere they can — in one school I entered, hundreds, about half of them children, had gathered in silence. There wasn’t a cry or a laugh; even the babies were listless and deathly silent.

In just over a fortnight, around 370,000 Rohingya, 80 percent of them women and children, have hazarded the journey from Burma’s Rakhine state to Bangladesh. They left their homes in panic, fleeing the military’s campaign of punitive reprisals in response to a series of attacks by Rohingya insurgents that killed 12. Burmese military’s retaliation bears no sense of proportion or legality. The violence is the worst that Amnesty International and other human rights groups have documented in this troubled region over the past five years.

The Burmese authorities have gone to great lengths to prevent independent reporting on the crisis. But satellite images reveal fires that have consumed hundreds of homes. There are credible reports that the Rohingya armed groups sparked some fires of their own, but the vast majority of the homes were targeted and torched by the Burmese military. Rallying local groups of vigilantes, they encircled entire villages. When the military approached, the survivors of the attacks told me, the soldiers would fire into the air, announcing their arrival. Brandishing wooden sticks, metal poles and long knives, the vigilantes laid siege to the villages. When people tried to flee, the military fired on them.

What is unfolding in Rakhine state is not a careful counter-insurgency operation. What we are seeing can be described as ethnic cleansing, with the Rohingya targeted for their ethnicity and religion. In legal terms, these are crimes against humanity that include the forced displacement of a quarter of all of Burma’s Rohingya under violent conditions.

Of the 15 cases of bullet wounds and fatalities that I documented within the first day and a half of arriving here, all but one person was struck in the upper body, torso and arms, causing serious or fatal injuries. When others rushed to help the wounded, they, too, came under attack.

When I sat down to speak to Karam, a young man from Maungdaw, he flinched with discomfort when he tried to settle down into a chair. The wounds he carried were still fresh. He lifted his lungi, a traditional outfit worn by men in Burma, to reveal a perfectly symmetrical bruise across his legs. Karam was beaten for trying to rescue his 17-year-old brother, who had been shot in the back by security forces as he tried to flee.

The blows that Karam suffered were so forceful that they left a deep imprint of the metal rods and wooden sticks used to strike his legs. His cracked ribs made it difficult for him to breathe. Karam managed to escape the mob chasing him, taking his brother with him. A group of other Rohingya men tried to help them, with the hope of finding medical attention on the Bangladeshi side. Karam’s brother never made it, dying as they crossed a nearby river.

Such testimonies have become depressingly familiar in Bangladesh. Since 1978, successive waves of Rohingya refugees have abandoned their homes amid attacks from the military, to make a desperate journey in the elusive search for safety and dignity. The camps run by the U.N. refugee agency filled up long ago. Even the makeshift shelters where others sought a place to sleep are swollen to capacity. For the new arrivals, there is no obvious place to go. The stories they tell are chillingly consistent with what Amnesty International documented last December, when we concluded that the systematic attacks on the Rohingya amounted to crimes against humanity.

This isn’t a new crisis. It has been decades in the making. The plight of the Rohingya is anchored in a system of discrimination that has denied them recognition and dignity. Burma’s 1982 citizenship law stripped them of the rights everyone should be able to take for granted. The Rohingya, and other ethnic minorities in Burma, have been systematically marginalized. In Burma, society has long been fractured. The violence we see now is the result.

Aung San Suu Kyi may be in government, but she is not in control. She has asked for time and patience, working in the shadow of an overweening military that still controls key ministries, a quarter of parliament and internal security. The Rohingya, however, do not have time. Aung San Suu Kyi bears a clear moral responsibility that she has long abdicated. Far from speaking out in defense of the suffering Rohingya, or even remaining silent, she has chosen to lend her once authoritative voice as cover for the abuses that are taking place. She has maligned humanitarian workers, accusing them of aiding “terrorists,” while denying the human rights violations that are taking place.

The responsibility for this crisis lies principally with the Burmese military, which has authored and executed a policy of punishing the entire Rohingya community. They must be held accountable for the crimes they have committed. Unless the international community decisively addresses what is happening at their hands, there will be nothing to stop hundreds of more homes from being torched, forcing ever more people to flee.

One of them, Mohammed, showed me a bullet wound in his left leg. He was trying to escape when he was shot. Hiding among the trees, he saw soldiers tie his brother’s hands behind his back with string. Later, Mohammed later called his brother’s phone to see whether he was okay. A military officer answered, saying, “Your brother has been killed. You can come out of hiding and take him.” Unless the international community acts now, all that will be left for the Rohingya in Burma will be the bodies of the dead and the ruins of their homes.