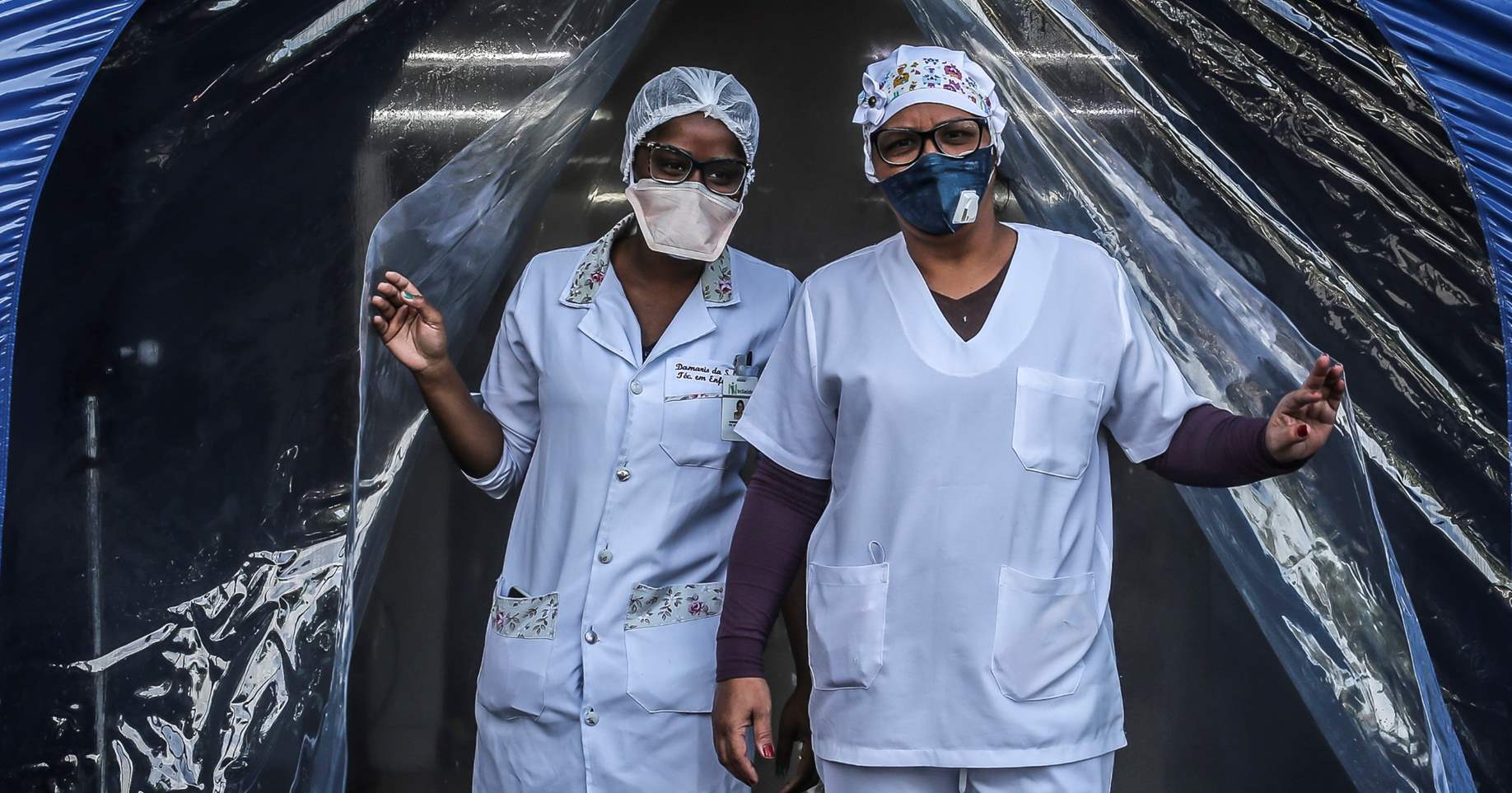 Brazil: In response to COVID-19, authorities must take measures to ensure adequate access to health care for marginalized groups

On a livestream from its YouTube channel, on 14 May 2020, at 19:00 local time (23:00 BST), Amnesty International Brazil will launch its campaign Our Lives Matter, in the context of the COVID-19 pandemic, warning Brazilian authorities that nobody should be left behind in the response to the crisis. Federal, state and municipal authorities must take concrete and urgent steps to minimise the grave impacts of COVID-19 on people living in favelas, Indigenous peoples, those deprived of their liberty, members of Afro-descendant communities, health professionals, workers in the informal sector, women and older people living in institutions such as care homes.

“The measures taken so far by the authorities have been inadequate. The needs of more marginalized populations must be recognized, given many of them face greater risks of adverse impact from the pandemic and the response to it. Authorities must draw up measures, hand in hand with these populations, to ensure that everyone can enjoy their rights without discrimination, so that the rights to life and health of all people are ensured: including people living in favelas, women and girls, Indigenous peoples, LGBTI people, especially trans people, members of Afro-descendant communities, homeless people,  rough sleepers, and people in inadequate housing, people deprived of their liberty, older people living in institutions such as care homes, the black population, and informal and self-employed workers,” says Jurema Werneck, executive director of Amnesty International Brazil.

The COVID-19 pandemic has underscored Brazil’s existing inequalities. Data from the municipal government of São Paulo shows that the risk of death from COVID-19 is 62% higher for black people than it is for white people. Data from the Ministry of Health already point to the higher level of deaths among the black and brown population: one in every three COVID-19 patients who has died has been black or brown. Furthermore, there have also been indications that the numbers of deaths in favelas are increasing, infections in prisons may increase, infections amongst Indigenous peoples are increasing, and infections and deaths of members of Afro-descendant communities have increased as well. Simultanously, the government policies to address the specific needs of these communities have been inadequate. For example, there is no comprehensive policy for homeless people. Workers without access to social protection form crowded queues to receive the emergency assistance they are entitled to, making it hard to isolate, and thus increasing their risk of infection.

“Since the start of the COVID-19 crisis, civil society has mobilized initiatives to help the most marginalized populations. Amnesty International is launching this campaign to highlight the importance of these measures and to urge President Jair Bolsonaro, the vice-president, ministers, state governments and mayors to undertake urgent measures to protect the health and lives of all people without discrimination during this crisis. Brazil is entering the most critical phase of the pandemic, according to specialists, and the authorities have an obligation to ensure the rights of all people,” says Jurema Werneck.

In a document launched along with the campaign, Amnesty International and partner organisations present seven groups of measures that must be undertaken by authorities to ensure that the groups at higher risk in this crisis are able to access health care and enjoy their human rights.

Some of the practical measures Amnesty International is calling on the authorities to implement are to take immediate action to ensure loggers, landgrabbers and small-scale miners are not able to enter the territories of Indigenous peoples without their free, prior and informed consent; and ensure state institutions such as FUNAI are empowered to work with Indigenous communities to intensify inspection and patrols to prevent land invasions of protected areas. It may be necessary to suspend the construction of some large-scale projects, to avoid the workers of the companies responsible for these projects entering Indigenous territories during isolation periods. Authorities must also work to stop killings of Indigenous community members and ensure justice for those killings that have taken place.

The authorities must adopt measures to protect people deprived of their liberty and launch urgent efforts to address the high overcrowding in prisons. People in prisons or other places of detention must have access to adequate health care and the relevant facilities for physical hygiene. States should also consider measures to decongest the prison system, including by deferring the intake of new arrivals, reviewing decisions to retain people in pre-trial detention  and considering the early, temporary or conditional release of those convicted of minor offences and people at higher risk, such as older people, pregnant women and those with underlying medical conditions. A broad information campaign is also recommended in prisons, to include inmates and workers in the justice system. Prison staff must also themselves be protected against the risk of getting infected. This includes the duty of the authorities to provide them with as much personal protective equipment as possible, as well as medically informed guidance and instructions on how best to avoid any risks of infection for themselves.

People who are homeless and in inadequate housing, including children and youth in street situations, such as those living in favelas and the outskirts of large cities, are suffering even greater risk of exposure during this period of the COVID-19 crisis. Authorities must ensure that everyone has access to adequate facilities to isolate themselves when necessary, including older people, people living in poverty, and those who are homeless or living in inadequate housing. Where necessary, the municipal departments of health, of social assistance and human rights must ensure people have access to facilities to isolate safely. Authorities can explore collaborations with other parties, such as hotels and other public facilities to this end. These facilities must have access to all essential services, including water, sanitation, electricity, food and access to health care.

During the campaign, Amnesty International and its partner organisations will undertake a national mobilization effort of direct pressure to demand that authorities adopt measures and hold meetings to set out the needs of the populations that suffer the most discrimination.

“The most marginalized groups have a voice and must take part in the decisions that affect their rights during this period of the pandemic. The authorities must listen and understand their needs, right historical inequalities and ensure access to health care for all,” explains Jurema Werneck.

The following organisations take part in this campaign: