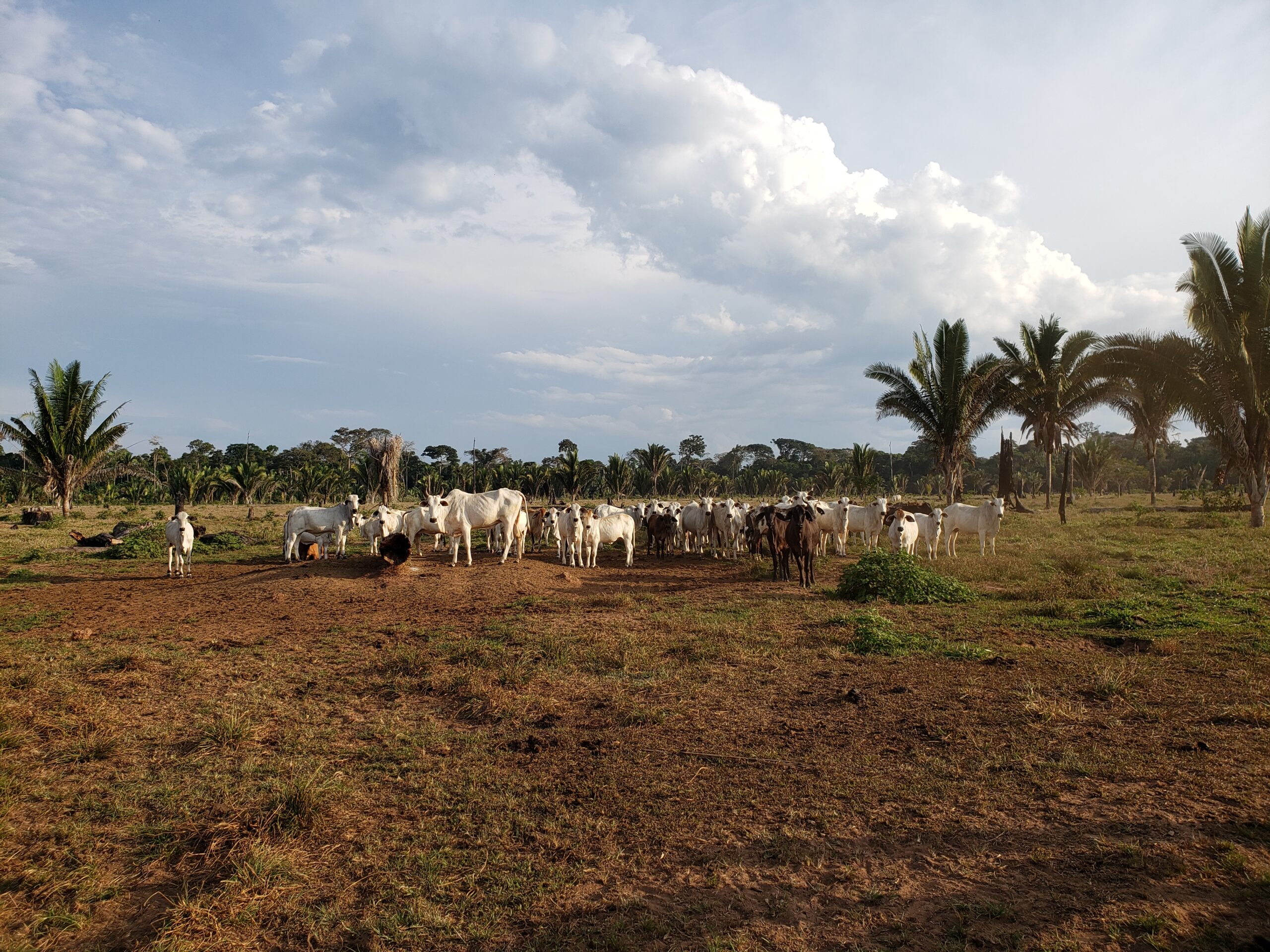 Cattle illegally grazed in protected areas of Brazil’s Amazon rainforest have entered the supply chain of the world’s largest meat-packer, JBS, Amnesty International said today in a 70-page report, From forest to farmland.

By failing to effectively monitor for illegally grazed cattle entering its supply chain, JBS fails to carry out adequate due diligence as established under the UN Guiding Principles on Business and Human Rights. Under the terms of the UN Guiding Principles, JBS contributes to human rights abuses against Indigenous peoples and residents of Reserves by participating in the economic incentives for cattle illegally grazed in protected areas, the organisation said.

“JBS has been aware of the risks that cattle illegally grazed in protected areas may enter its supply chain since at least 2009,” said Richard Pearshouse, Head of Crisis and the Environment at Amnesty International.

“JBS failed to implement an effective monitoring system for its supply chain, including its indirect suppliers. It needs to make good on the harms caused and promptly put in place systems to avoid this happening again.”

While Amnesty International did not find any evidence indicating that JBS is directly involved in human rights abuses in the three sites investigated, it did find that cattle illegally grazed in protected areas have entered the company’s supply chain. The organisation is urging JBS to take action by the end of 2020 to remedy this.

Brazil has an estimated 214 million cattle, more than any other country. Its beef industry, worth BRL 618 billion (USD$124 billion), accounts for 8% of its GDP.

The Amazon region has seen the largest growth in Brazil’s cattle industry. Since 1988 the number of cattle there has almost quadrupled to 86 million in 2018, accounting for 40% of the national total. Some of this expansion is destroying large swathes of protected rainforest in Indigenous territories and Reserves.

In total, 63% of the area deforested from 1988 to 2014 has become pasture for cattle – a land area five times the size of Portugal. Amnesty International documented this process in detail in a briefing in November 2019.

According to government data, Indigenous territories in the Amazon lost 497km² of rainforest between August 2018 and July 2019 – a 91% increase compared to the corresponding period a year earlier.

Amnesty International visited three sites over the course of its investigation – the Uru-Eu-Wau-Wau Indigenous territory and the Rio Jacy-Paraná and Rio Ouro Preto Reserves, all in Rondônia state.

The organisation did not find any evidence indicating that JBS is directly involved in human rights abuses in the three sites investigated.

However, in all three, recent illegal land seizures have led to a loss of traditional lands, which are protected under Brazilian law. Indigenous land rights are protected under international human rights law. Commercial cattle ranching is prohibited by law in the three sites.

Threats, intimidation and violence often accompany these illegal land seizures, which come amid a wider context of rural violence. According to one estimate, there were seven killings, seven attempted murders and 27 death threats against Indigenous people in Brazil’s Amazon region in 2019.

In December 2019, while patrolling their territory, some Uru-Eu-Wau-Wau people found that approximately 200 hectares had been recently cleared and burned. Araruna, an Uru-Eu-Wau-Wau man in his 20s, told Amnesty International:

“We are concerned about the recent invasions … because they are increasing and getting closer and closer to the villages. We found a huge area recently deforested. We saw a helicopter sowing grass so that they can bring cattle in the future.”

In January 2019, another group of Uru-Eu-Wau-Wau people recalled encountering around 40 armed invaders – likely grileiros, who clear forested areas to create cow pasture – deep inside Uru-Eu-Wau-Wau territory, just two kilometres from an Indigenous village. Others previously described hearing gunshots ring out at night or receiving death threats against their children.

Elsewhere, entire communities have been forced off their land and fear being killed if they return. Most of the residents of the Rio Jacy-Paraná Reserve were evicted to make way for cattle ranches over the last two decades. According to a former resident, only three people remain out of approximately 60 families who previously lived on the Reserve.

“Everything became farmland”, Sara, another former Reserve resident who was evicted from her own land in 2017, told Amnesty International.

Amnesty International’s analysis of satellite imagery corroborated the former residents’ testimonies – land that was previously heavily forested has now been cleared, with cattle and drinking ponds for cattle now visible.

The devil is in the data

Brazilian law requires state agencies to collect extensive data about cattle ranching. This includes information about: the location of ranches, including those in protected areas; the number, age range and sex of cattle herds; and transfers of animals between ranches. Although this data is in the public interest, it is not currently publicly available.

IDARON data also show 89,406 cattle were transferred off farms located in protected areas where commercial cattle ranching is illegal during 2019. The overwhelming majority are sent to other farms before going to slaughter. This means that even beef which comes from legal ranches may have been previously grazed illegally in protected areas.

Amnesty International finds that state animal health control agencies such as IDARON effectively enable illegal commercial cattle ranching. They do so by registering commercial cattle farms and issuing documents for cattle movements despite the farm being in a Reserve or Indigenous territory.

“The data we’ve accessed and analyzed – from Brazil’s own government agencies – set alarm bells ringing. This information should not be hidden from the public eye,” said Richard Pearshouse.

“How do you stop illegal cattle ranching in Brazil’s Amazon? A good place to start is to stop officially registering farms in protected areas and stop issuing transfer permits for cattle moving from those farms.”

Additionally, in 2019 JBS repeatedly purchased cattle from two farmers who operate both illegal farms in protected areas and legal farms outside. One farmer illegally grazes cattle in the Rio Jacy-Paraná Reserve and another in the Uru-Eu-Wau-Wau Indigenous territory.

In two instances, the second transfer was registered just minutes later. Both movements involved an identical number of cattle of an identical age range and sex. In these cases, the cattle were older than 36 months, a typical age when cattle are transferred for slaughtering. According to experts interviewed by Amnesty International, this could suggest the practice of cattle laundering.

Amnesty International sought specific information from JBS on whether the company had processed any cattle from farms located in the three protected areas in 2019. The company responded: “We do not purchase cattle from any farm involved in the illegal grazing within protected areas,” and that it has “an unequivocal zero deforestation approach throughout its supply chain.”

It also stated that “JBS closely monitors its suppliers for compliance in all aspects of our Responsible Procurement Policy and has not previously identified issues relating to human rights abuses of Indigenous communities or other protected groups.”

JBS did not answer a question about monitoring indirect suppliers, instead noting that “the traceability of the entire beef supply chain is an industry-wide challenge and a complex task.”

JBS has been aware of the risks that illegal cattle may enter its supply chain – in 2009 it signed two non-deforestation agreements with Brazil’s Federal Public Prosecutor’s office and, separately, with Greenpeace – but has taken insufficient measures to remedy the problem. External audits have noted that JBS does not monitor its indirect suppliers.

Amnesty International is calling on JBS to promptly implement an effective monitoring system, including of its indirect suppliers, and ensure that cattle illegally grazed in protected areas at some stage of their lives do not enter JBS’s supply chain. At the latest, this system should be in place by the end of 2020.

A federal prosecutor in Pará state concluded in 2019 that: “today no company that buys in the Amazon can state that there isn’t cattle coming from deforestation in its supply chain (…) No meat-packing company and no supermarket either.”

“With deforestation in the Amazon at its highest level in a decade, the onus is now on JBS and other meat-packing companies in Brazil to carry out due diligence measures to ensure their direct and indirect suppliers are not contributing to human rights abuses against the Amazon’s Indigenous and traditional residents,” said Erika Guevara-Rosas, Americas Director at Amnesty International.