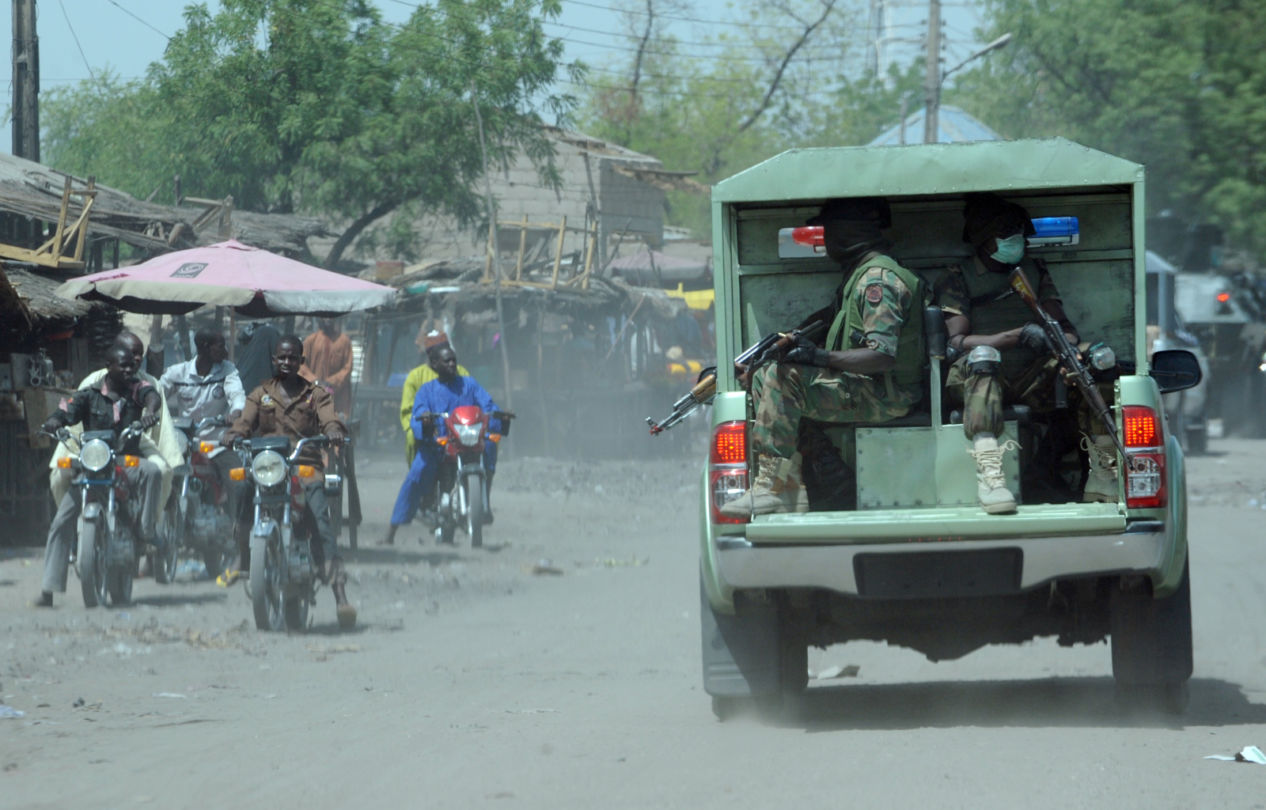 Boko Haram at a glance

The conflict in Nigeria has taken the lives of thousands of men, women and children, many at the hands of armed group Boko Haram. Here’s everything you need to know about the group that is causing turmoil in Africa’s most populated nation.

What is Boko Haram?
The group called Jama atu Ahlis Sunna Lidda a Waati Wal Jihad, better known as Boko Haram (which roughly translates as “Western education is forbidden”), is an armed group that opposes secular authority.
They have been fighting the Nigerian state since 2009 through an escalating campaign of bomb attacks, hit-and-run raids of towns and villages and the capture and occupation of larger towns in the north-east of the country.

They oppose anything they see as being “influenced by the West including voting and secular education. 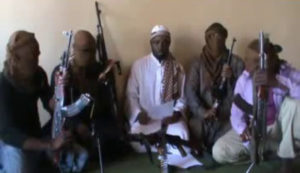 Group of men claiming to be part of Boko Haram

Since 2013, they have launched at least 330 raids and bombings, killing at least 5,400 civilians in Northern Nigeria. The actual number is likely to be much higher.

How big is Boko Haram’s fighting force and where are they located?
The exact number of Boko Haram troops is unknown but it is estimated to be at least 15,000 – although it is likely to be much higher.

How are they organised? Who is their leader?
Their political and spiritual leader is Abubakar Shekau. He heads the council of elders called Shura and took power after the previous leader, Mohammad Yusuf, was killed in custody by the Nigerian police in 2009.

However, not all of Yusuf’s followers joined Shekau. The International Crisis Group estimates that Boko Haram is made up of three to six factions that sometimes collaborate and sometimes come into conflict with each other.

Where do they get the money from?
There’s a lot of speculation as to where Boko Haram’s weapons and money come from.

Some claim the group has links with Nigerian politicians and international jihadi groups that have provided it with money and weapons.

Most of their funds, however, are believed to come from looting towns, bank robberies and money collected in ransom.

How do they operate?
Over the past few years, Boko Haram has carried out murderous assaults on an almost daily basis. In 2014 there was an escalation in attacks with at least 230 raids and bombings in which at least 4,000 civilians were killed. The real number is likely to be higher.

While the majority of raids were in Borno and Yobe states, there were also attacks in Abuja, Adamawa, Kaduna and Kano states and in Cameroon.

During hit-and-run assaults, Boko Haram fighters drive into a community on motorcycles and in cars and trucks. They go from house to house, ordering the residents to assemble. They either shoot all the men of fighting age, or just target those they believe have links with the government or the military. Often they abduct unmarried women and girls, as they did in April 2014 when they kidnaped 276 schoolgirls from Chibok Government Girls Secondary School. The vast majority are still missing.

Boko Haram has also burned or seriously damaged school buildings and killed teachers and children in targeted attacks on schools in the north east. Many schools were forced to close as a result of these attacks.

In occupied towns, they sometimes confine civilians to particular houses and insist that anyone who wishes to travel obtains their permission. Amnesty International has received reports that Boko Haram has used torture to enforce its rules, has forced women and girls into marriage with its members, and recruited and used child soldiers.

Who are the main victims?
Anyone seen as supporting the authorities is a possible target, especially civil servants, politicians and traditional leaders. Communities that formed Civilian Joint Task Force groups, which are pro-government armed groups, are at greater risk of being deliberately targeted by Boko Haram.

Boko Haram forces have targeted both Muslims and Christians although most attacks have not been based on the religion of the victims.

Why are they doing this? Are they driven by religion?
Boko Haram began as a movement opposed to the authority of the secular government. Over time, they began to target anyone associated with the government, who they view as “unbelievers”, regardless of their religion. They have also specifically targeted Islamic leaders who do not support the group.

Boko Haram seeks to impose its rule on the people of north-east Nigeria, purportedly inspired by its interpretation of Islam. In August 2014, Boko Haram’s leader declared this territory to be a ‘caliphate’.

What is the Nigerian government doing to stop them?
The Nigerian government declared a state of emergency in May 2013 in three states: Borno, Adamawa and Yobe. It has launched several military operations against Boko Haram. The state of emergency was extended twice and the President requested another extension in November 2014, which is yet to be approved by the National Assembly.

However, Boko Haram shows no signs of weakening and, in trying to stop them, the military has committed a catalogue of abuses against those perceived to be members of Boko Haram, including torture and killings. There is evidence that these violations by the military are widespread and systematic.

What is the world doing to stop Boko Haram?
In May 2014, Boko Haram was listed for targeted financial sanctions and an arms embargo by the UN Security Council Al Qaida Sanctions Committee.

Several states, including France, the UK and US, pledged assistance to Nigeria following the Chibok abductions in April 2014. This assistance has included sharing intelligence, training the Nigerian military and joint efforts to create a regional counter-terrorism strategy.

For several years, Chad, Niger and Nigeria have operated a Multi-National Joint Task Force (MNJTF) to provide border security between these nations and to combat Boko Haram. On 7 October 2014 the Lake Chad Basin Commission (LCBC) Member States and Benin decided to create a new MNJTF to combat Boko Haram. While the details of this new MNJTF remain unclear, the countries involved have requested authorisation from the African Union and the United Nations. The MNJTF is being discussed at the African Union Peace and Security Council meeting on 29 January 2015.