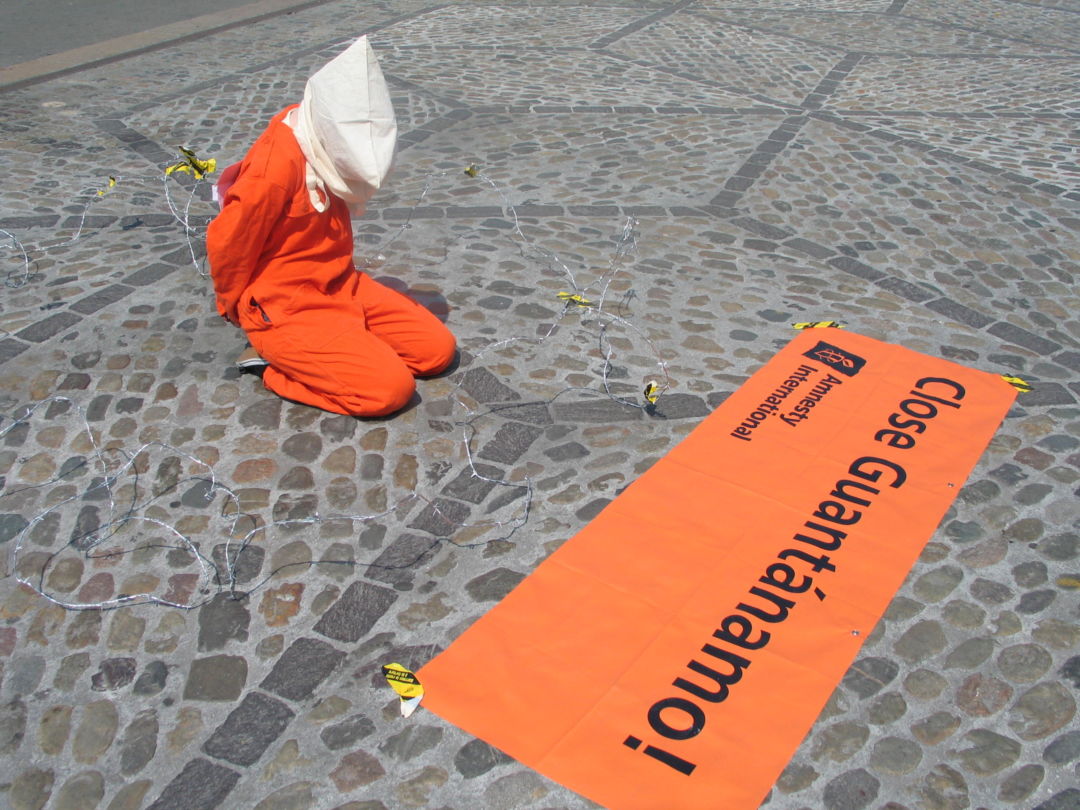 The Department of Defense announced last week that the Convening Authority of the Guantánamo Military Commissions will charge three Guantanamo detainees for alleged involvement in bombings in Indonesia in 2002 and 2003. They are Encep Nurjaman, Mohammed Nazir Bin Lep, and Mohammed Farik Bin Amin. Daphne Eviatar, the director of the Security With Human Rights program at Amnesty International USA, released the following statement:

“The military commissions at Guantánamo Bay are a human rights calamity and a complete failure. For almost two decades, the United States has denied justice to the dozens of men the country has kept detained at Guantánamo Bay indefinitely, without charge or trial. It’s time to give up the illusion that either true justice or any semblance of a fair trial will result from these fundamentally unfair proceedings. The only just path forward is to close down the detention center and the military commissions once and for all. If the United States has admissible evidence that internationally cognizable crimes were committed, it can bring those claims in a civilian court, if a fair trial is even possible after nearly two decades of unlawful detention and ill-treatment.

“The Pentagon’s actions here are shameful. It’s time to mark a new path for United States national security policy and close down Guantánamo. The detention center that has come to symbolize around the world the United States’ use of torture, rendition and indefinite detention without charge or trial – in complete violation of internationally agreed-upon standards of justice and human rights.  President Biden must close down the Guantánamo detention center and the military commissions, once and for all.”

On January 11, 2021 Amnesty International released a new report highlighting ongoing and historic human rights violations at the Guantánamo Bay detention facility, as detentions there entered their 20th year and as a new President prepared to enter the White House.

The report documents a catalogue of human rights violations perpetrated against those detained at the facility, where victims of torture are held with inadequate medical care indefinitely and in the absence of fair trials. Transfers out of the facility have stalled, and even those cleared for release have remained incarcerated for years on end. Detentions at Guantánamo began out of the decision to frame the U.S.’s response to the 9/11 attacks as a “global war on terror,” bypassing human rights protections in the pursuit of intelligence gathering. Crimes under international law such as torture and enforced disappearance were committed against detainees deliberately held out of reach of judicial scrutiny at secret facilities operated by the Central Intelligence Agency in other countries or in Guantánamo. The report calls for renewed urgency on this issue, accompanied by a genuine commitment to truth, accountability and remedy, as well as a recognition that indefinite detention at Guantánamo must not be allowed to persist any longer.