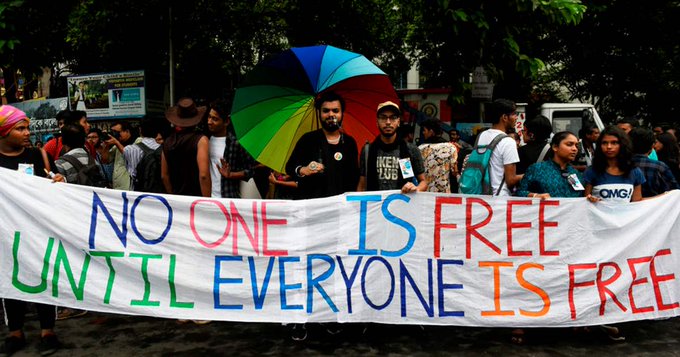 Bhutan must seize a historic opportunity to secure equal rights for LGBTI people in the country, Amnesty International has said, calling on the upper house of parliament to pass a bill decriminalising same-sex relationships.

Under the penal code of Bhutan (2004), Section 213 currently criminalises same-sex sexual activities as “unnatural sex”, defined as “sodomy” or any other sexual conduct that is against “the order of nature”. Section 214 states that “the offence of unnatural sex shall be petty misdemeanour”.

“If the amendment bill is passed by the upper house, this will be an important step in recognising that Bhutan supports the equality of all citizens regardless of sexual orientation or gender identity. For a country that prides itself on the happiness of its people, Bhutan must without any delay rid itself of laws criminalising consensual same-sex relationships.

“LGBTI people in Bhutan as well as other allies around the world look forward to welcoming this historic decision championing equality for all citizens. The amendment will be the first step towards removing discrimination, harassment, bullying and violence that many LGBTI people or those perceived to be LGBTI continue to face in Bhutan.”

Although no one is believed to have been convicted or prosecuted under these provisions until now, the mere existence of such discriminatory laws exacerbates discrimination and stigma against LGBTI people – subjecting them to harassment, blackmail and violence.

Activists say many LGBTI individuals – especially those from marginalised backgrounds – face discrimination and harassment in their everyday lives including at their workplaces, schools, homes and hospitals.

In June 2019, the Bhutanese Minister of Finance, Lyonpo Namgay Tshering, proposed the motion in the National Assembly to remove section 213 of the penal code as part of the Penal Code Amendment Bill, which was passed with an overwhelming majority. The amendment proposal needs to be endorsed by the National Council before being officially sent for royal assent.

In July 2017, the Committee on the Rights of the Child recommended the government of Bhutan develop and implement initiatives to combat violence, sexual harassment and bullying among school children, including LGBTI children.