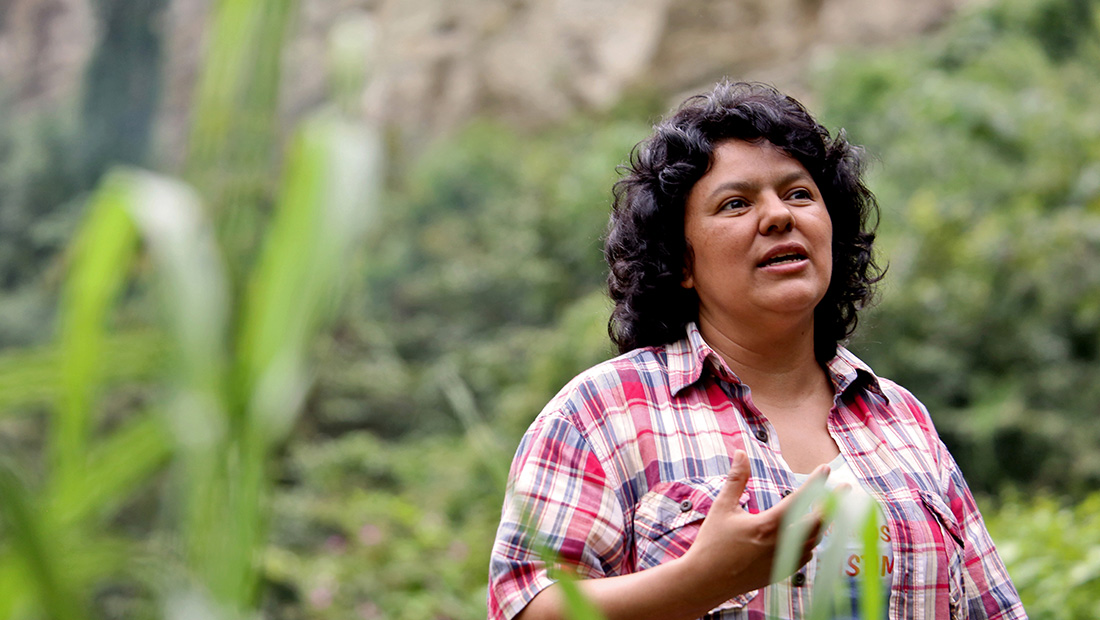 Honduras: Demand that the Attorney General ensures truth and justice in the case of Berta Cáceres

On the night of 2 March 2016, the woman human rights defender, Berta Cáceres, was killed at her home in Intibucá, Honduras. The Honduran authorities must conduct an impartial, independent, prompt and thorough investigation into the killing and ensure the victims’ right to truth and justice so that all those responsible for the killing, including the “intellectual authors”, are brought to justice.

Berta Cáceres was a brave woman and human rights defender who put her life at risk to defend the rights of the Lenca people, her home and the natural resources of the territory where they live.

On 29 November 2018, the Criminal Court of Honduras found seven of the eight accused individuals guilty of her murder.

The case against David Castillo, the manager of DESA, arrested on 2 March 2018, is pending. Three years after Berta’s murder, Castillo Mejía is the only one accused of having ordered the crime. However, a report prepared by the International Advisory Group of Experts (GAIPE) states that other individuals could have been aware of or participated in planning the crime.

Berta Cáceres’s family and the COPINH continue to call for all those involved in the killing to be brought to trial, including the intellectual authors.

There will be no justice for Berta and her family until all the people involved in her murder are investigated and brought to trial and until the victims’ rights to truth and justice are respected.