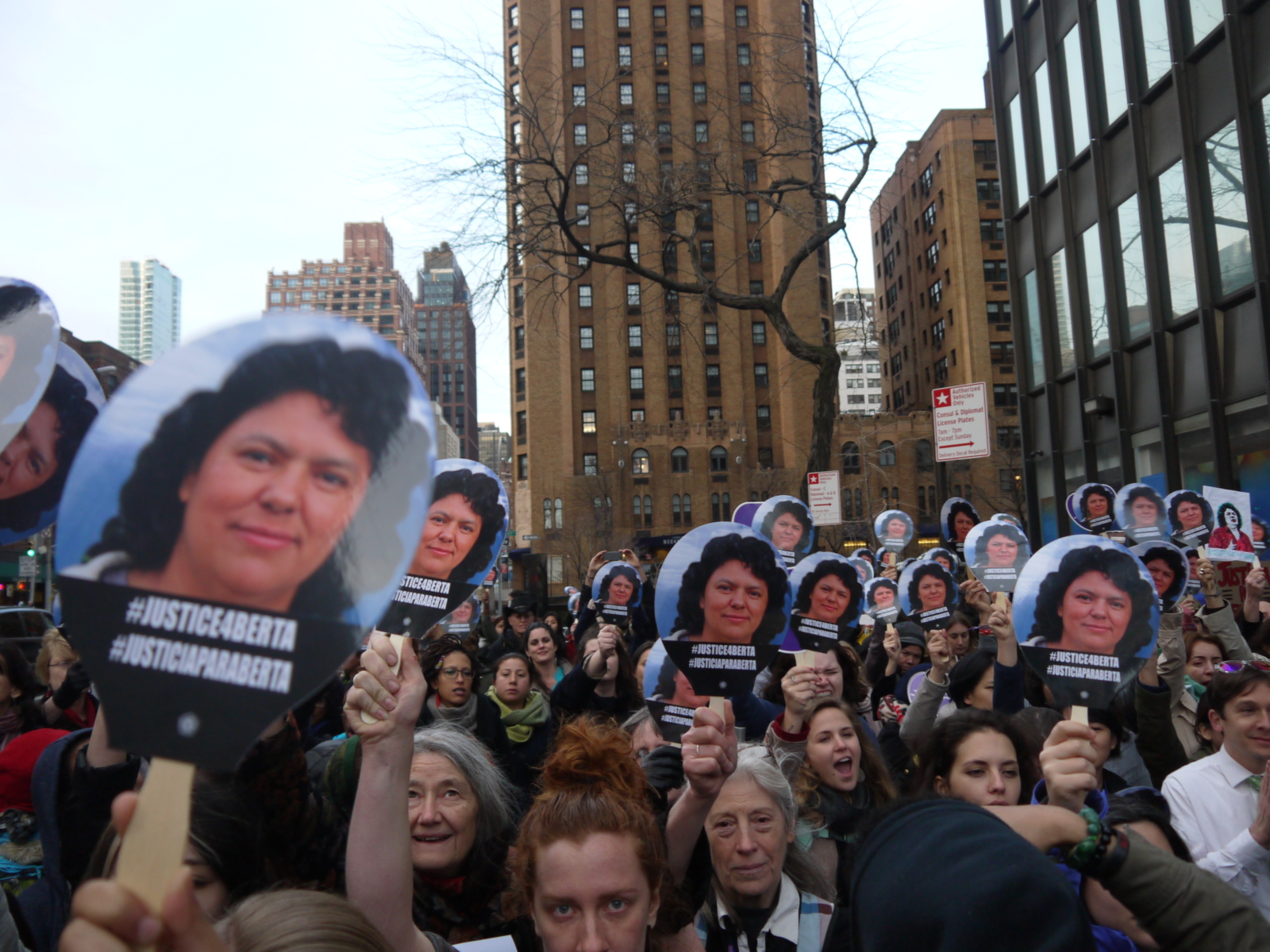 Berta Cáceres and the open wounds of Honduras

By Ariadna Tovar, Amnesty International researcher on human rights defenders in the Americas

The last time I spoke to Berta Cáceres, Lenca Indigenous environmental defender in Honduras and founder of the National Council of Popular and Indigenous Organizations of Honduras (Consejo Cívico de Organizaciones Populares e Indígenas de Honduras, COPINH), I heard the seriousness of the situation reflected in her voice.

The campaign which COPINH had been carrying out for years against the installation of the Agua Zarca hydroelectric project, on the River Gualcarque, was conflicting with powerful economic and political interests, and threats against her and other members of COPINH were becoming all too common.

Stopping their work was not an option. The progression of the project put the community’s access to a sacred river at great risk, and that was non-negotiable.

Our telephone conversation was brief. We spoke about an Amnesty International visit to the Río Blanco community, one of the many which form part of COPINH.

Berta offered to be our guide, as she had done on many occasions throughout her long-standing collaboration with Amnesty. She told us that she thought it was essential to include the community’s situation in our research on the increase in attacks suffered by those who dedicate their lives to the defence of the land, territory and environment in Honduras.

One month later, on 2 March 2016, we received the unbearable news: Berta had been cruelly killed, shot dead, at home in her bedroom.

We landed in Tegucigalpa three days after the killing. The atmosphere in the capital and in the rest of the county was a mixture of pain, chaos and fear.

Despite the many threats which Berta had been subjected to due to her work, some authorities insisted that the killing had taken place during a robbery, and others claimed, more seriously, that it was a crime of passion. The sole witness and survivor of the attack, Mexican human rights defender Gustavo Castro, was forbidden from leaving the country despite the risk he faced and despite having attended the various different judicial proceedings which he had been cited for.

The members of COPINH were terrified. If someone was capable of killing Berta, winner of the Goldman Environmental Prize and internationally recognized, how could anyone else expect to be safe?

Impunity reigns in Honduras, and everyone knows it.

And not only in murder cases. In the majority of cases of threats, attacks, arson, forced entry, illegal evictions, criminalization and other forms of violence against human rights defenders, the perpetrators go unpunished.

Despite the seriousness of the situation, neither the Attorney General, Oscar Chinchilla, nor the President, Juan Orlando Hernández, agreed to meet with us. We have been requesting meetings with the president for over a year and have been continually rejected. Rather than reply to us, he has now blocked us on Twitter.

It was not until a month after Berta was killed that the Attorney General publicly accepted that her murder could have been in response to her work as a human rights defender. He promised that this would be taken into account as a line of investigation.

However one year on from the tragedy that deeply wounded the human rights movement both in Honduras and around the world, the progress made has been negligible.

In the months following the killing, the authorities arrested six suspects for involvement in the crime. Two of them had connections to the armed forces, either active members or retired, and another two had connections to the company in charge of the Agua Zarca project – a manager and a former head of security. Subsequently, in the first few months of 2017, two additional suspects were captured, one in Mexico.

However, the question remains whether the investigation has been enough to identify the intellectual authors behind this and to stop the wave of attacks which dozens of human rights defenders continue to be victims of.

In February 2017 a media campaign emerged discrediting and delegitimizing several different civil society organizations, and among them was COPINH. They were accused of being liars and promoting a negative image of Honduras. The stigmatization came from individuals associated with business groups, but was also reinforced by the silence of President Hernández, who, despite repeated calls from the international community, did not condemn these statements nor publicly recognize the legitimate work of those who defend the land, territory and environment.

“We have to protect our image very carefully and if we have a problem, we need to fix it and ensure justice” the president said at the beginning of February of this year.

But what kind of justice is President Hernández referring to? The kind where all the material and intellectual perpetrators of Berta’s killing are identified? Justice whereby the state authorities, including those at the highest level, work emphatically to change language which portrays human rights defenders as enemies of the country, allowing them to be killed as Berta was? Justice which recognizes, publicly and consistently, that human rights defenders are carrying out essential and legitimate work?

As you can see, Mr. President, Honduras does have a problem, and it must be fixed.