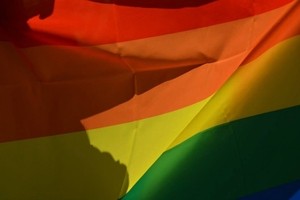 “The brutal killing today of an editor of an LGBTI publication and his friend, days after a university professor was hacked to death, underscores the appalling lack of protection being afforded to a range of peaceful activists in the country,” said Colm O’Gorman, Amnesty International’s Executive Director.

“There have been four deplorable killings so far this month alone. It is shocking that no one has been held to account for these horrific attacks and that almost no protection has been given to threatened members of civil society. Bangladeshi authorities have a legal responsibility to protect and respect the right to life. They must urgently focus their energies on protecting those who express their opinions bravely and without violence, and bringing the killers to justice. The authorities must strongly condemn these horrific attacks, something they have failed to do so far.”

Homosexual relations are criminalised under the Bangladeshi Penal Code. Amnesty International has interviewed exiled LGBTI activists who said that when they tried to report threats against them to police, the police instead said they could be charged for “unnatural offences.”

“While the Bangladeshi authorities have failed to bring these violent groups to justice, the attackers have expanded their range of targets to now include a university professor and LGBTI activists,” said Colm O’Gorman.

“The Bangladeshi police needs to guarantee the protection of the country’s LGBTI community, not harass them or threaten them with arrest, as they have been doing.”

Since the start of the month, four brutal killings have taken place of Bangladeshi activists and their associates. On 7 April, four masked men attacked Nazimuddin Samad, 28, with a machete before shooting him dead. Samad was a student activist who had organised campaigns for secularism on social media. He was named on a “hit list” of 84 bloggers published by a group of radical Islamists in 2013.

On 23 April, Rezaul Karim Siddique, 58, a much-admired university professor was attacked by men carrying machetes as he walked to the bus station in the city of Rajshahi. Responsibility for the attack was claimed by jihadists belonging to Islamic State.

On 25 April, Xulhaz Mannan, 35, the editor of Roopbaan, Bangladesh’s first LGBTI magazine, and his friend Tanay Mojumdar were both hacked to death after a group of attackers posed as couriers to gain entry to Mannan’s apartment.

The first attack of this kind took place in 2013. For the killings starting in February 2015, not a single person has been held to account.

Bangladeshi authorities continue to criminalise the country’s LGBTI community and, far from offering them security, have urged them to be “less provocative.” Many Bangladeshi LGBTI activists have been forced into exile because of the threats against them.