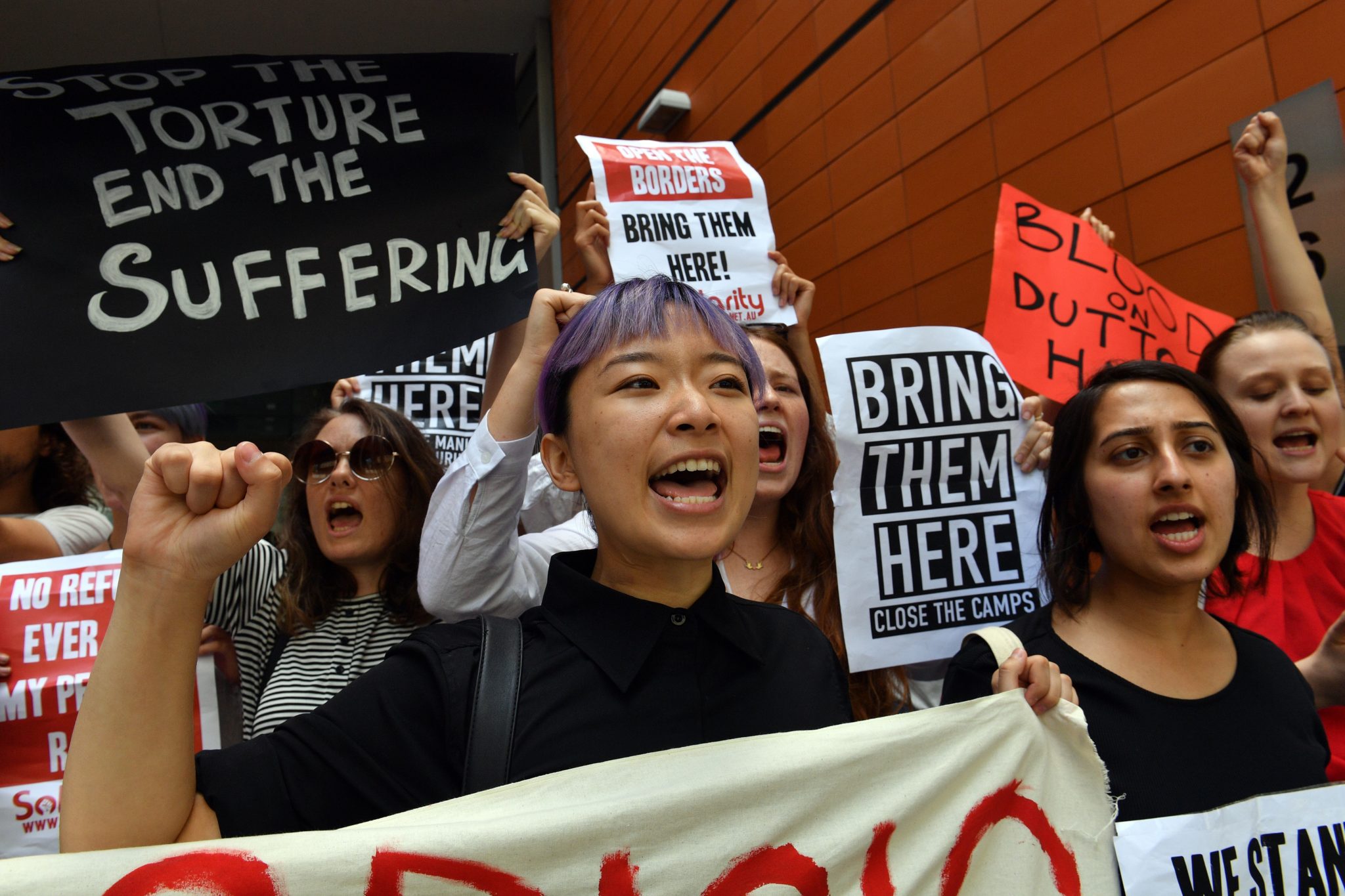 The Australian government is attempting to walk away from the human rights crisis it has created for refugees and asylum seekers in Papua New Guinea (PNG) by winding back critical healthcare services, despite the ongoing plight of the people trapped in its offshore detention centres, Amnesty International said today.

Over the past six months the Australian government has terminated trauma and counselling services for refugees and asylum seekers in PNG, and moved refugees to new detention centres where they have reduced access to healthcare.

“Nearly five years after Australia began implementing its harmful and illegal offshore detention policy, the situation for refugees and asylum seekers trapped in PNG is as desperate as ever. Rolling back healthcare at this time is making a grave situation even worse,” said Kate Schuetze, Amnesty International’s Pacific Researcher.

“Last year two refugees committed suicide in Manus Island, illustrating the terrible price of confining vulnerable people to remote detention centres. In the wake of these tragedies Australia has inexplicably cut counselling and trauma services, just one of a raft of changes which will make it even harder for refugees and asylum seekers in PNG to access healthcare.”

Refugees and asylum seekers in PNG have faced serious challenges in accessing healthcare for years, as Amnesty International has documented in a new briefing released today. In November 2017 Amnesty International researchers visited Port Moresby, the capital of PNG, and spoke to refugees and asylum seekers who had been sent there from Manus Island for medical treatment.

A number of refugees were told by medical professionals that treatment is not available in PNG due to lack of equipment or specialists, but transfers to Australia have either been delayed or denied.

One refugee who has stomach and kidney problems described how during an operation he had a stent inserted into his stomach, and doctors told him it would be removed after six weeks. Eight months later, the stent had not been removed and was pressing against his bladder, causing bleeding. He said he was informed by doctors that there are currently no specialists in PNG who can remedy his condition.

“Australia has gone to extraordinary lengths and enormous cost to implement its offshore detention policy, which is severely limiting refugees and asylum seekers’ access to healthcare. Refugees in PNG live in prison-like conditions and lack freedom of movement, so they rely on the Australian government for accommodation, security, food and healthcare,” said Kate Schuetze.

“For as long as offshore processing continues, Australia is responsible for ensuring that refugees have prompt access to adequate healthcare, including by transfers to Australia.”

Prior to October 2017, refugees and asylum seekers in PNG were treated by the private health contractor International Health and Medical Services (IHMS), the private Pacific International Hospital in Port Moresby, or transfer to Australia. Translation and counselling services were provided in conjunction with other healthcare services.

Significant changes to the provision of healthcare took place in October 2017, when the Australian government forcibly transferred refugees and asylum seekers in Manus Island to three newer centres, only one of which has a medical clinic. The UN’s refugee agency (UNHCR) has described the new arrangement as “vastly inadequate”.

Samuel (not his real name) has been waiting for treatment since he suffered a heart attack in February 2017. Two doctors who treated him in Port Moresby recommended he be sent to Australia for further tests and treatment, which requires Australian government approval. Samuel collapsed again in November 2017, but a few days earlier medical services had been completely withdrawn from the detention centre as part of the move to close it. As a result, other refugees spent more than four hours trying to obtain assistance from security contractors to get Samuel to the nearest hospital. He said he was discharged after a few hours because the hospital did not have the right equipment to further diagnose him.

Despite reported suicides and the fact that the refugee population in Manus Island has one of the highest recorded rates of refugee mental health disorders in the world, the Australian government also terminated contracts with psycho-social support services in October 2018, which means refugees no longer have access to counselling. Amnesty International is calling for these to be reinstated as a priority.

Other changes include reduced operational hours, removal of translators to ensure refugees adequately understand and consent to treatment, and increased reliance on PNG’s public hospitals to provide emergency and after-hours healthcare.

Amnesty International has reiterated its calls for the Australian government to bring all refugees and people seeking asylum to Australia immediately, or to a safe third country, and offer them the protection they need and deserve. In the meantime, Australia is responsible for ensuring that refugees have access to adequate healthcare in PNG.

“Only by ending offshore processing can Australia end the physical and mental torment of refugees and asylum seekers in PNG,” said Kate Schuetze.

“Until this happens, the very least Australia can do is try to limit harm by ensuring refugees can access the healthcare they need.”

In 2016 the US and Australia brokered a deal under which the US agreed to resettle 1,250 refugees from Australia’s offshore centres, but the deal cannot provide protection for everyone. Hundreds of refugees and asylum seekers will be left languishing on Manus Island if Australia does not end offshore processing or find a safe country to settle them. It is in this context that the Australian government is winding back crucial health services it provides to refugees in its care.