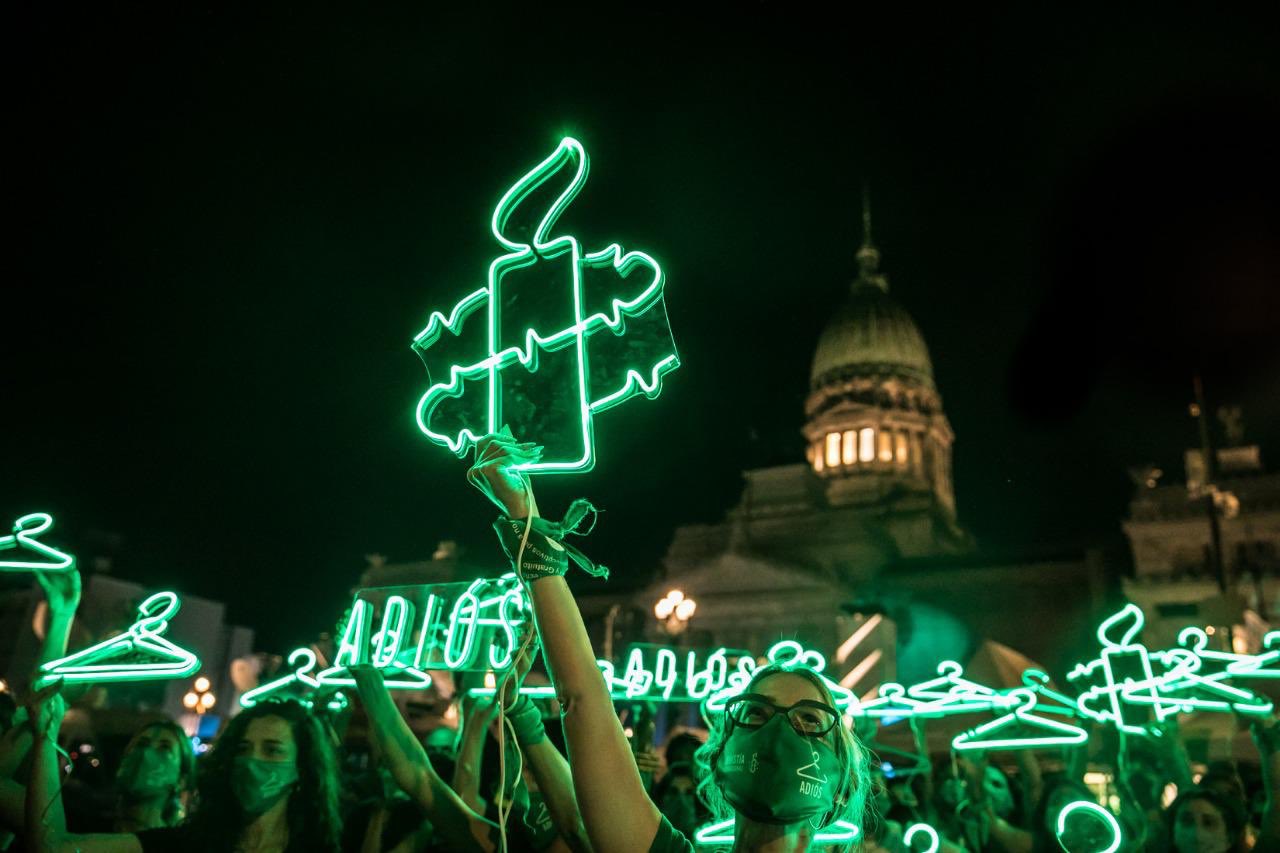 Argentina: Legalisation of abortion is an historic victory

Amnesty International welcomes the historic passage of the law enabling the legal termination of pregnancy up to the 14th week of gestation in Argentina, an achievement that serves as an inspiration to other countries in the region and around the world to move towards recognizing access to safe, legal abortion and thus realise the human rights of women, girls and people with reproductive capacity.

“This is a victory for the women’s movement in Argentina, which has been fighting for its rights for decades. Now, people who decide to terminate their pregnancy will have a safe, high-quality service. Today we have grown as a society. Amnesty International is going to work to ensure that the state guarantees compliance with legal abortion throughout the country,” said Mariela Belski, executive director of Amnesty International Argentina.

The bill was passed with 38 votes in favour, 29 against and 1 abstention in the Senate, with support from multiple parties across the political spectrum. The law recognises the right of women and people with reproductive capacity to take free and informed decisions about their bodies and enables the Argentine state to move towards meeting its commitments in the areas of public health and human rights.

“Today Argentina has made an emblematic step forward in defending the rights of women, girls and people with reproductive capacity. It has also sent a strong message of hope to our entire continent: that we can change course against the criminalisation of abortion and against clandestine abortions, which pose serious risks to the health and lives of millions of people. Both the law passed by the Argentine Congress today and the enormous effort of the women’s movement to achieve this are an inspiration to the Americas, and to the world,” said Erika Guevara-Rosas, Americas director at Amnesty International.

Key points of the new law

All that remains is for the law to be published in the Official Gazette. This historic decision places Argentina among a group of more than 50 countries that have put an end to unsafe abortions.