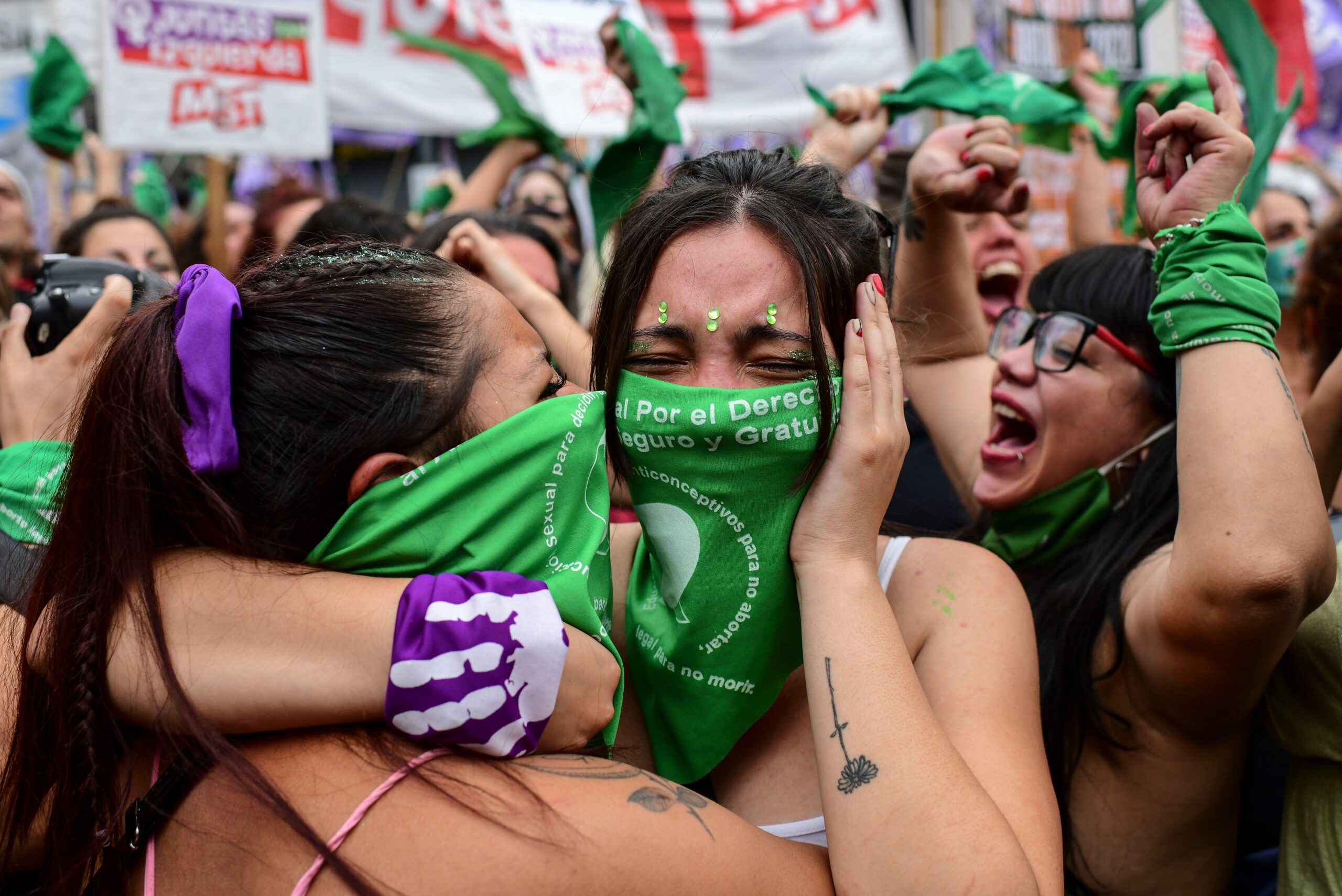 COVID-19 hits those shackled by oppression hardest thanks to decades of inequalities, neglect and abuse.

The global pandemic has exposed the terrible legacy of deliberately divisive and destructive policies that have perpetuated inequality, discrimination and oppression and paved the way for the devastation wrought by COVID-19, Amnesty International said in its annual report published today.

Amnesty International Report 2020/21: The State of the World’s Human Rights covers 149 countries and delivers a comprehensive analysis of human rights trends globally in 2020.

In it, the organisation describes those already most marginalised, including women and refugees, as bearing the devastating brunt of the pandemic, as a result of decades of discriminatory policy decisions by world leaders. Health workers, migrant workers, and those in the informal sector – many at the frontlines of the pandemic – have also been betrayed by neglected health systems and patchy economic and social support.

The response to the global pandemic has been further undermined by leaders who have ruthlessly exploited the crisis and weaponized COVID-19 to launch fresh attacks on human rights, the organisation says.

“COVID-19 has brutally exposed and deepened inequality both within and between countries, and highlighted the staggering disregard our leaders have for our shared humanity. Decades of divisive policies, misguided austerity measures, and choices by leaders not to invest in crumbling public infrastructure, have left too many easy prey to this virus,” said Agnès Callamard, Amnesty International’s new Secretary General.

“We face a world in disarray. At this point in the pandemic, even the most deluded leaders would struggle to deny that our social, economic and political systems are broken.”

Pandemic has amplified decades of inequalities and erosion of public services

Amnesty’s report shows how existing inequalities as a result of decades of toxic leadership have left ethnic minorities, refugees, older persons, and women disproportionately negatively affected by the pandemic.

COVID-19 worsened the already precarious situation of refugees, asylum seekers and migrants in many countries, trapping some in squalid camps, cutting off vital supplies, or precipitating border controls that left many stranded. For example, Uganda, the largest refugee-hosting country in Africa with 1.4 million refugees, immediately closed its borders at the start of the pandemic and did not make an exception for refugees and asylum seekers trying to enter the country. As a result, over 10,000 people were stranded along its border with the Democratic Republic of Congo (DRC).

The report highlights a marked increase in gender-based and domestic violence with many women and LGBTI persons facing increased barriers to protection and support. Those on the frontlines of the pandemic – health workers, and those in the informal sector – suffered as a result of wilfully neglected health systems and pitiful social protection measures.

“We are reaping the results of years of calculated neglect at the hands of our leaders. In 2020, under the unique strain of a pandemic, health systems have been put to the ultimate test and people have been left in financial freefall.

“The heroes of 2020 were the health workers on the frontlines saving lives and those bunched together at the very bottom of the income scale, who worked to feed families, and keep our essential services going. Cruelly, those who gave the most, were protected the least,” said Agnès Callamard.

The report also paints a dismal picture of the failures of global leaders whose handling of the pandemic has been marked by opportunism and total contempt for human rights.

“We’ve seen a spectrum of responses from our leaders; from the mediocre to mendacious, selfish to the fraudulent. Some have tried to normalise the overbearing emergency measures they’ve ushered in to combat COVID-19, whilst a particularly virulent strain of leader has gone a step further. They have seen this as an opportunity to entrench their own power. Instead of supporting and protecting people, they have simply weaponised the pandemic to wreak havoc on people’s rights,” said Agnès Callamard.

Authorities passing legislation criminalising commentary related to the pandemic has been a presiding pattern. In Hungary for example, Prime Minister Viktor Orbán’s government amended the country’s Criminal Code, introducing prison sentences of up to five years for “spreading false information” about COVID-19 for example.

Across the Gulf states in Bahrain, Kuwait, Oman, Saudi Arabia, and the United Arab Emirates authorities used the COVID-19 pandemic as a pretext to continue suppressing the right to freedom of expression, including by prosecuting individuals, who posted comments on social media about government responses to the pandemic, for spreading “false news”.

Other leaders have used excessive force. In the Philippines, President Rodrigo Duterte said he had ordered police to shoot “dead” people who protest or may cause “trouble” during quarantine measures. In Nigeria, brutal policing has resulted in security forces killing people for protesting in the streets, demanding their rights and calling for accountability. Under President Bolsonaro, police violence in Brazil escalated during the COVID-19 pandemic. At least 3,181 people were killed by the police across the country between January and June – an average of 17 deaths per day.

Some leaders have gone a step further, using the distraction of the pandemic to clamp down on criticism – and critics – unrelated to the virus, and perpetrate other human rights violations while the gaze of the world’s media was elsewhere. For example, in India, Narendra Modi, further cracked down on civil society activists, including through counter-terrorism raids on their homes and premises. Meanwhile under President Xi Jinping, the Chinese government continued its persecution of Uyghurs and other Muslim minorities in Xinjiang unabated and a sweeping national security law was ushered through in Hong Kong to legitimise politically motivated repression.

“International institutions such as the International Criminal Court and UN human rights mechanisms are there to hold states and individual perpetrators to account. Sadly, 2020 shows that they have been wrestled into political deadlock by leaders seeking to exploit and undermine collective responses to human rights violations,” said Agnès Callamard.

“The pandemic has cast a harsh light on the world’s inability to cooperate effectively in times of dire global need,” said Agnès Callamard.

“The only way out of this mess is through international cooperation.  States must ensure vaccines are quickly available to everyone, everywhere, and free at the point of use. Pharmaceutical companies must share their knowledge and technology so no one is left behind.  G20 members and international financial institutions must provide debt relief for the poorest 77 countries to respond and recover from pandemic.”

Failed by their governments, protest movements the world over have stood up

Regressive policies have inspired many people to join long-standing struggles as seen by the Black Lives Matter protests in the United States, the #EndSARS protests in Nigeria, and new and creative forms of protest such as virtual climate strikes. The report details many important victories that human rights activists helped to secure in 2020, particularly across gender-based violence. These include new legislation to counter violence against women and girls in Kuwait, South Korea, and Sudan, and the decriminalisation of abortion in Argentina, Northern Ireland, and South Korea.

“Leadership in 2020 came not from power, privilege, or profiteers. It came from the countless people marching to demand change.

“We saw an outpouring of support for #EndSARS, Black Lives Matter, as well as public protests against repression and inequality in places across the world including in Poland, Hong Kong, Iraq and Chile. Often risking their own safety, it was the leadership of ordinary people and human rights defenders the world over that urged us on. These are the people at the frontier of the struggle for a better, safer and more equal world,” said Agnès Callamard.

“We are at a crossroads. We must release the shackles that degrade human dignity. We must reset and reboot to build a world grounded in equality, human rights, and humanity. We must learn from the pandemic, and come together to work boldly and creatively so everyone is on an equal footing.”