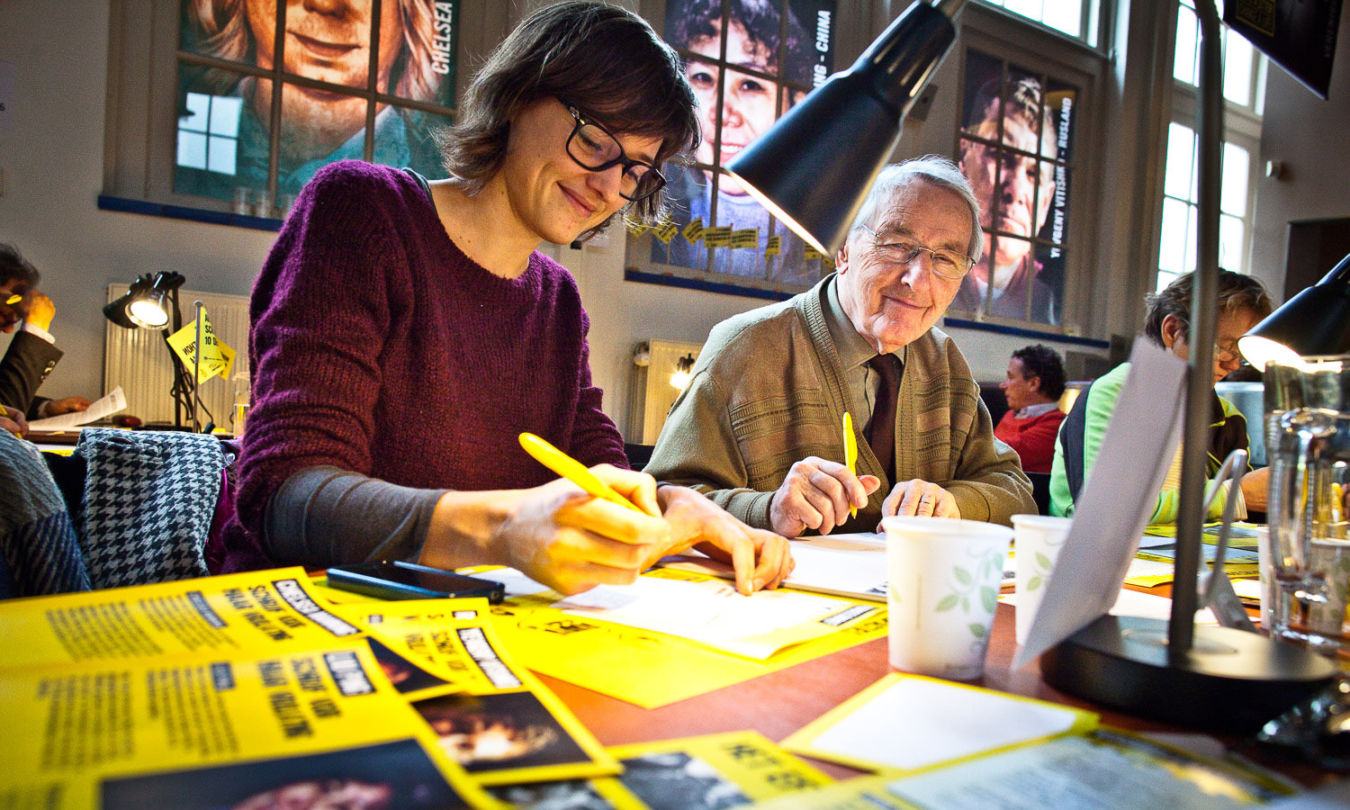 Amnesty International is today launching the annual Write for Rights campaign to mobilise hundreds of thousands of supporters around the world to inundate the White House with messages in support of Edward Snowden. The campaign, which runs from 2-16 December, is also taking on 10 other human rights cases, including a jailed Egyptian photojournalist “Shawkan” at risk of execution, Azerbaijani activists tortured after graffitiing a statue, and an Indonesian teacher imprisoned for the simple act of waving a flag.

“A world in which nobody stands up for whistleblowers and activists is a world where nobody takes risks to defend the public interest or expose government abuses. People need to stand together to defend the kind of society they want to live in,” said Edward Snowden.

“By lifting the lid on global mass surveillance, Edward Snowden started one of the major human rights struggles of the 21st century. Without him, the world would still be in the dark about a massive invasion of privacy. Instead, there is now a nascent global movement fighting for human rights online. The price of exposing abuse of power must not be exile. President Obama must listen to the voice of people around the world who stand with Snowden. These people want to live in a world where they can keep intimate details of their lives private, and where people are not prosecuted for exposing human rights abuses. Snowden clearly acted in the interest both of the US public, and of people around the world. The USA should never have charged him in the first place. By pardoning him, President Obama can end his term by breaking with an insidious pattern of US presidents favouring government secrecy over human rights,” said Colm O’Gorman, Executive Director of Amnesty International Ireland.

Amnesty International has always considered Edward Snowden a whistleblower, and believes that no one should be charged for disclosing information about human rights violations. Along with PardonSnowden.org, the American Civil Liberties Union (ACLU) and Human Rights Watch, Amnesty International launched a petition on 14 September 2016 calling on President Obama to pardon Snowden.

Snowden still faces decades in prison under World War One-era espionage laws that equate whistleblowing in the public interest with selling secrets to foreign enemies of the USA. Without the guarantee of a fair trial and a public interest defence, he has no choice but to live in limbo in Russia.

This year people will be writing messages calling on, among others:

“Amnesty International asks people to take injustice personally, and there are few more direct ways of taking action than picking up a pen and writing a letter to tell someone courageous that you stand with them, or telling someone in authority that you are watching them. Our campaign sends a message to the world that people are ready to stand up to abuses of power, wherever they take place. It’s our duty to shine a light on injustice, so governments cannot look the other way,” said Colm O’Gorman

During the 2015 Write for Rights campaign, hundreds of thousands of people in more than 200 countries and territories sent 3.7 million (up from 3.2 million in 2014) messages offering support or calling for action for individuals and communities from Mexico to Myanmar experiencing human rights abuses.

The campaign contributed to major human rights victories around the world: