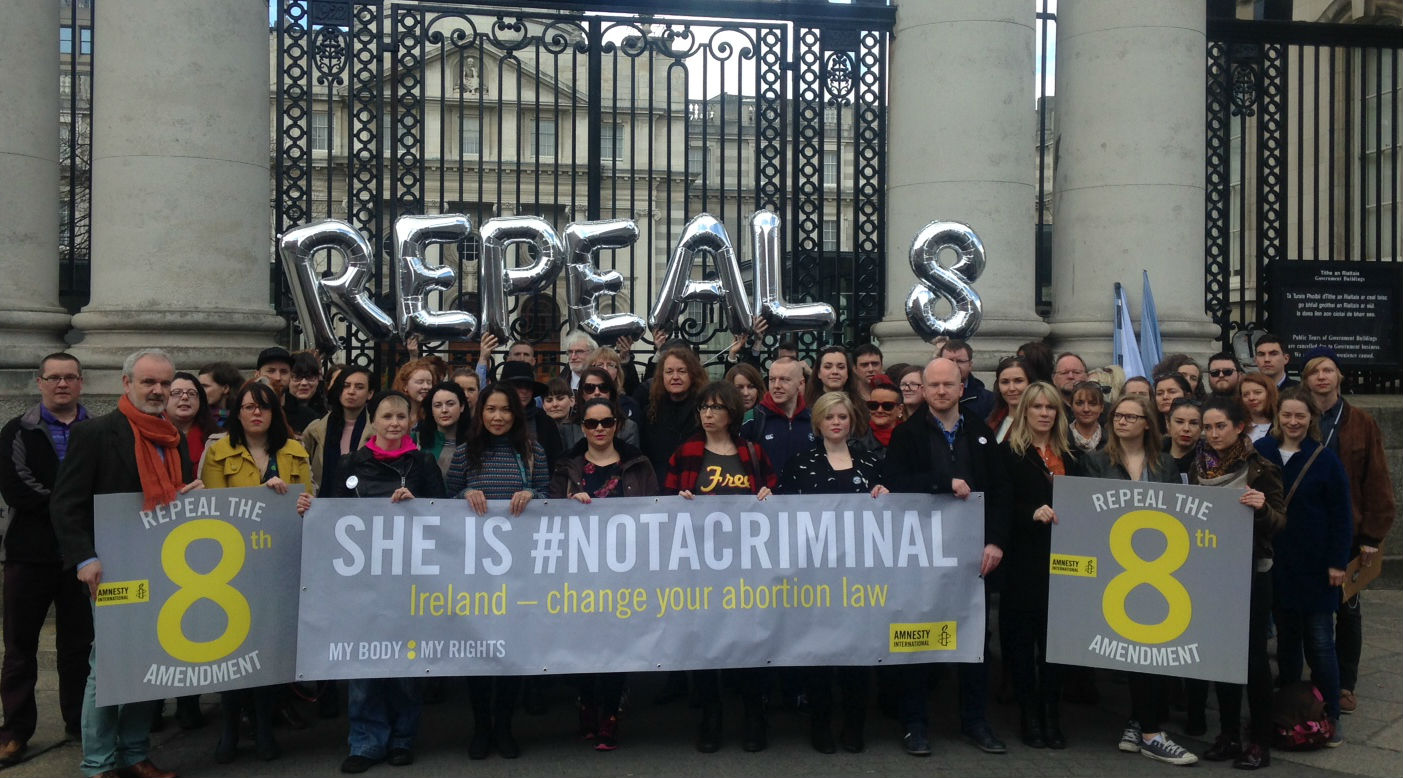 Amnesty International this afternoon welcomed the publication of the Joint Oireachtas Committee report recommending the full repeal of the Eighth Amendment to the Constitution and expanded access to abortion. The report details the Committee’s recommendations across a range of areas including the provision of access to abortion on request during the first 12 weeks of pregnancy, and the decriminalisation of women and medical professionals accessing and providing abortion services.

“Today’s report is an important end to a momentous year. With this Committee and the Citizens’ Assembly, we have finally had a meaningful consideration on how to reform Ireland’s harsh abortion laws. We see a new consensus among people in Ireland, and the decision-makers who represent them, that women’s and girls’ health and human rights must be the focus. The Committee heeded the expert testimony it sought out, and ably banished myths and misinformation. Once again, we have seen that when people have an opportunity to examine abortion in detail, guided by the evidence of legal and medical experts from around the world, expanding access to abortion services in Ireland is the logical, compassionate conclusion.

“To the government’s credit, it facilitated two processes this year focussing on unbiased independent expertise and evidence on medical and legal best practice. It took abortion reform out of ‘debate’ and into a space for meaningful review. When this report is debated in the Oireachtas, we hope this broad political consensus will continue. The Taoiseach has indicated that a referendum will follow in May or June 2018. Crucially, people in Ireland must have an opportunity to vote for the full repeal of the Eighth Amendment. As the Committee’s report notes, anything other than simple repeal could have a ‘profound, and relatively unprecedented, effect’. Therefore anything less than its full repeal could cast serious doubt over future legislation’s compliance with Ireland’s obligations under international human rights law. Some gaps remain, including in how to address pregnancies with a diagnosis of severe rather than fatal foetal impairment. However, the Department of Health now has a clear blueprint for a new legal framework for access to abortion. It must ensure that these recommendations are reflected in the legislation due to be published early next year,” said Colm O’Gorman, Executive Director of Amnesty International Ireland.