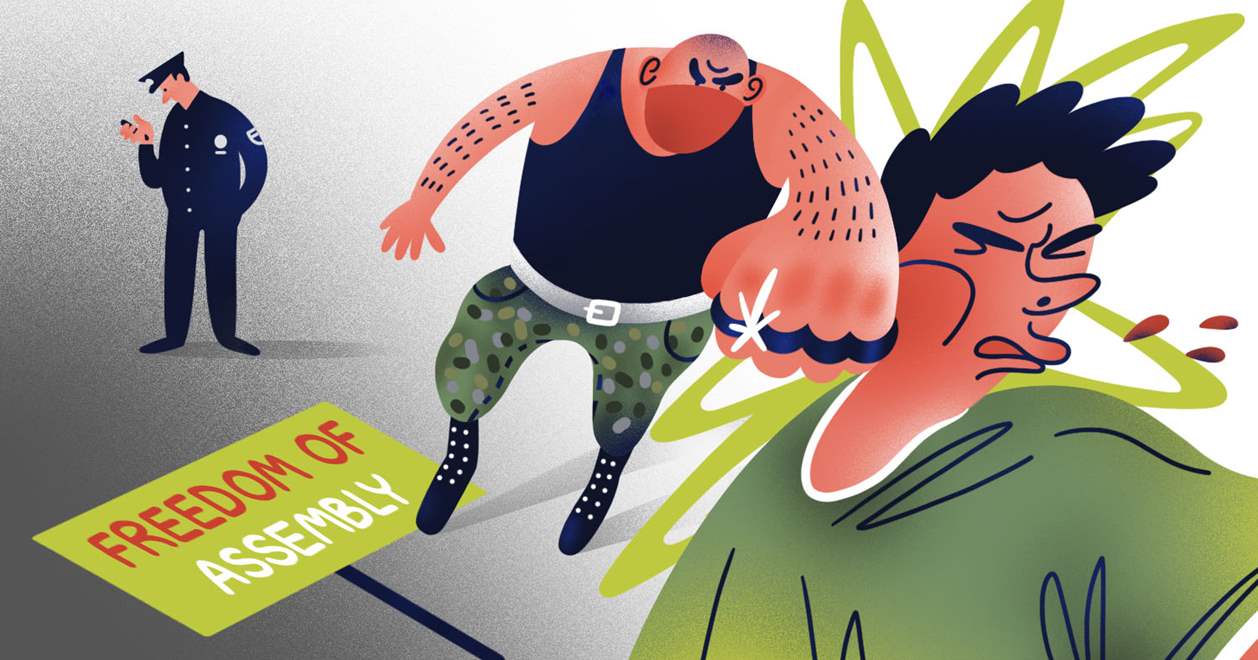 The first Human Rights Workout, based on the 2017 ECtHR case “Lashmankin and others v. Russia” was simultaneously released in Russian and English on the 15th of May.  So far 5,000 learners have taken the micro-module.

Drawn directly from real life responses from Russian authorities, learners navigate their way through a panorama of small-town Russia and the bureaucratic obstacles and excuses they face as they try to organise a peaceful assembly. They then consult with an experienced activist via chat-bot, exploring the procedure of notifying local authorities of a planned protest and ultimately taking their case to the European Court. 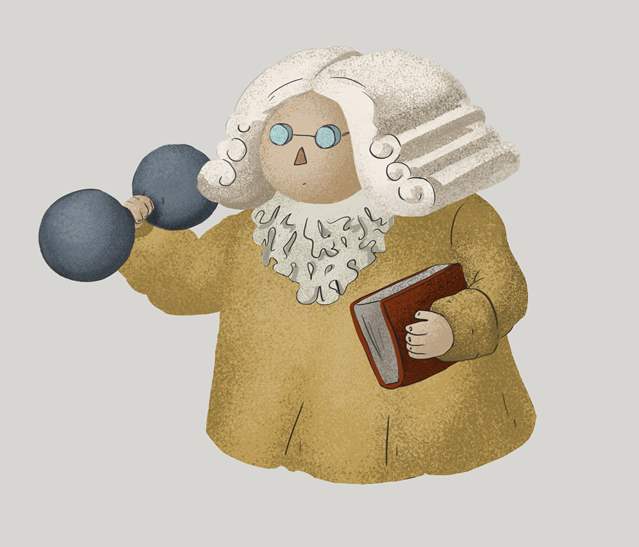 Amnesty has now produced a second micro-module based on the case of “Identoba and others v. Georgia” in which complainants participated in a peaceful rally against homophobia in Tbilisi in 2012. The protesters had requested state protection from counter-demonstrators but were badly beaten with the acquiescence of police officers. This module deals with the positive obligation of the State to protect peaceful protestors and was released a few days ago, just in time for Pride month.

“I’ve always loved the European Court cases – they are storytelling + human rights” says Stasya Denisova, Human Rights Education Coordinator for Europe and Central Asia, who led the project. The key was presenting these cases, which are quite complex and contain dense legal parlance and make them more accessible through innovative techniques such as interactive learning. The Human Rights Workout presents human rights theory in an interesting, easy-to-digest way by incorporating features such as bright illustrations and comic strips, in addition to scrollable panoramas and chat-bots in which they may chose their own strategies. At the end of each exercise, learners are presented with a short summary assessing how successful they have been, and the correct path of action one should take when securing their rights.

The idea for the project started over two years ago, at a hackathon in Minsk which brought together human rights activists with experts in gamification. The aim of the meeting was to see what was possible to gamify in human rights: to create a bite-size educational resource that was fun, interactive and informative and would contrast with long, online lectures and courses on the subject.

They teamed up with The International School of Rights and Civil Actions, based in Voronezh, central Russia to create a micro-learning platform specifically targeted at those from Russian-speaking former Soviet countries.

“We decided to focus on the right to peaceful assembly as it was identified as a priority for the region” says Denisova, “Although more than a quarter of a century has passed since the fall of the Soviet Union, thousands of people in Russia,  Georgia and elsewhere do not have a chance to enjoy the freedom of assembly enshrined in the constitutions of their countries and had been held without  effective internal legal protection mechanisms when dealing with violations of their rights”. The Workout aims to remind learners that freedom of assembly is a right and not a crime, whilst also highlighting the importance of international mechanisms such as the European Court in securing these rights.

The target audience for the Human Rights Workout initially was Russian-speaking high school and university students, as well as young professionals. “We chose to focus on young people as, in my experience they tend to be more receptive and responsive to human rights messages and in recent years we have seen many high schoolers taking to the streets to protest either against corruption or to call for action against climate change and so on. It often was these youngsters’ first time ever experiencing arrests and administrative court hearings for peacefully marching on the streets”, says Denisova, who has previously done outreach work in Russian schools. “Despite aiming initially at the Russian language audience, we have received interest in using the Workout from educators and learners from Turkey, the UK and other countries. This shows that this learning instrument is applicable across the entire Council of Europe as an online element both in formal and non-formal human rights education”.

It takes just 10-15 minutes to familiarize yourself with each of the cases: “Opting for such user-friendly learning modules, we hope to contribute to the building of a shared understanding of how to exercise and protect rights for as many people as possible” adds Denisova.

The first module has already received positive feedback during its learner testing phase.  Overall, 50 learners from 8 countries gave the Workout a mark of 8.6 out of 10, with 70% saying that their knowledge on the subject had improved. 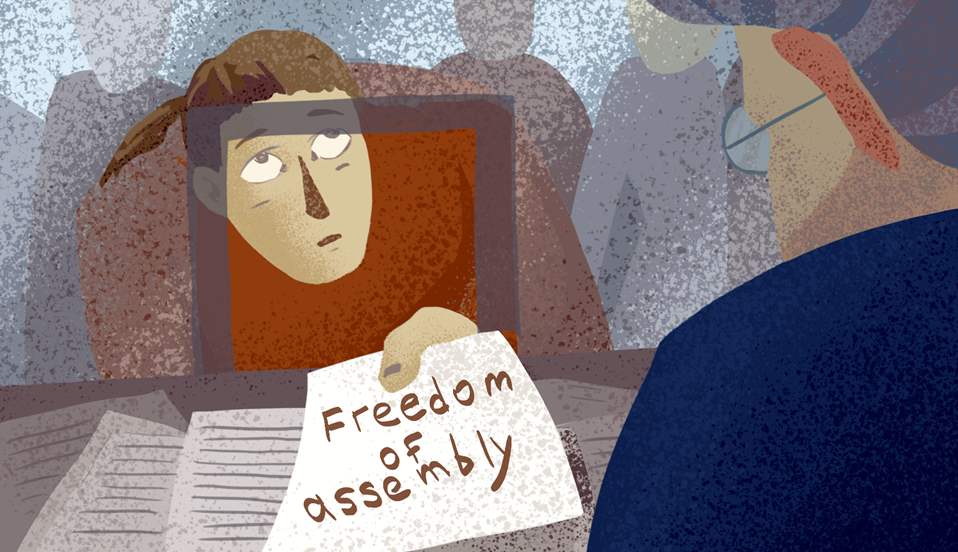 Respondents praised ‘the way in which the information was supplied and the content of the project’ (20-year-old student from Georgia). Another learner (23, Russia) mentioned the “first-person narrative of the exercise and the accessibility of the content of the ECtHR rulings”. Even those who had previous experience in the subject area said that the Workout had “reinforced [their] knowledge of the right to peaceful protest” (21, Kazakhstan) and praised the use of comics and panoramas.

It is impressive how accessible the Workout is to those who have no previous experience in the legal system and no knowledge of human rights law. Though the modules are relatively small and self-contained, their aim is to inspire further research into human rights: one user from the UK said that the Workout had inspired them to “fall into a Google rabbit-hole, researching into ECHR rulings” something “they had never envisioned themselves doing before”.

You can access the Human Rights Workout in Russian and English here: https://www.eduworkout.org/