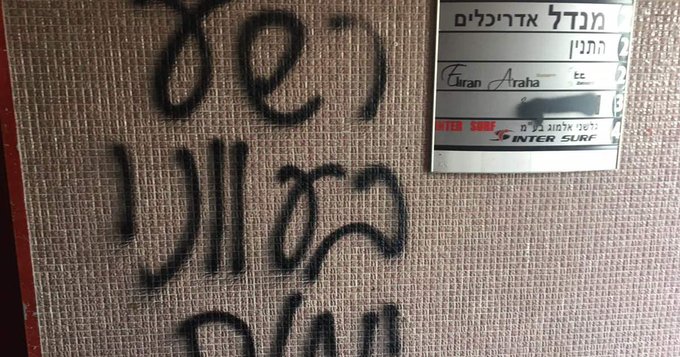 Anonymous death threats were sprayed last night outside the offices of Amnesty International Israel and ASSAF, an organiaation working to assist refugees and asylum-seekers in Israel. At the same time, a box containing death threats and a dead mouse was left at the entrance to the Elifelet Children’s Activity Center for refugees.

“These are deplorable and malicious acts targeting civil society organisations carrying out human rights work. The Israeli authorities should take a strong stand by publicly condemning these acts and making clear that attacks against NGOs will not be tolerated,” said Philip Luther, Amnesty International’s Research and Advocacy Director for the Middle East and North Africa.

“The Israeli authorities must also take steps to ensure that human rights defenders and civil society organisations more generally are effectively protected and can carry out their work free from threats, intimidation or harassment. All attacks against human rights defenders must be promptly investigated and those responsible brought to justice.”

In recent years, the climate for human rights defenders in both Israel and the Occupied Palestinian Territories has rapidly deteriorated. Israeli authorities have taken steps to unduly restrict the rights to freedom of expression and association inside Israel, with officials intimidating human rights defenders critical of the government and introducing legislation to silence dissent.