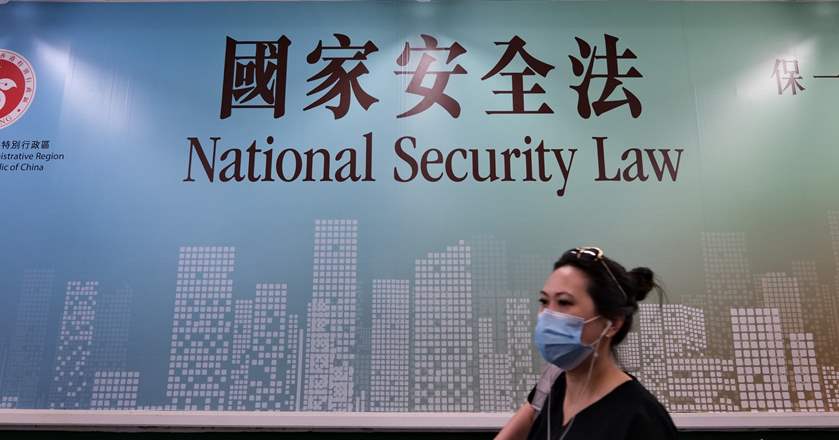 Amnesty International will close its two offices in Hong Kong by the end of the year, the organisation announced today.

The local ‘section’ office will cease operations on 31 October while the regional office – which is part of Amnesty’s global International Secretariat – is due to close by the end of 2021. Regional operations will be moved to the organisation’s other offices in the Asia-Pacific.

“This decision, made with a heavy heart, has been driven by Hong Kong’s national security law, which has made it effectively impossible for human rights organisations in Hong Kong to work freely and without fear of serious reprisals from the government,” said Anjhula Mya Singh Bais, chair of Amnesty’s International Board.

“Hong Kong has long been an ideal regional base for international civil society organisations, but the recent targeting of local human rights and trade union groups signals an intensification of the authorities’ campaign to rid the city of all dissenting voices. It is increasingly difficult for us to keep operating in such an unstable environment.”

There are two Amnesty International offices based in Hong Kong: a local membership section focused on human rights education in the city; and a regional office which carries out research, advocacy and campaigning work on East and Southeast Asia and the Pacific. All of the regional office’s work will continue from new locations.

“We are deeply indebted to Amnesty members and staff who over the last 40 years have worked tirelessly to protect human rights in and from Hong Kong. From successfully pushing for the full abolition of the death penalty in Hong Kong in 1993, to exposing evidence of excessive use of force by police during the 2019 mass protests, Amnesty in Hong Kong has shone a light on human rights violations in the darkest of days,” said Agnes Callamard, Secretary General of Amnesty International.

“In the wider region, our research and campaigning has tackled subjects including freedom of expression in North Korea, conscientious objection to military service in South Korea, the right to housing in Mongolia, Japan’s wartime atrocities against “comfort women”, and the crackdown on human rights lawyers in China.

“Moreover, Amnesty International Hong Kong’s education programmes – from classroom talks to a documentary film festival – have enhanced awareness of human rights not only in the city’s schools but among the general public as well. No one and no power can demolish that legacy.”

The national security law, imposed by the Chinese central government, was enacted on 30 June 2020. It targets alleged acts of “secession”, “subversion of state power”, “terrorist activities” and “collusion with foreign or external forces to endanger national security”.

Its sweeping and vaguely worded definition of “national security”, which follows that of the Beijing authorities, has been used arbitrarily as a pretext to restrict the human rights to freedom of expression, peaceful assembly and association, as well as to repress dissent and political opposition.

Amnesty documented the rapid deterioration of human rights in Hong Kong one year after the enactment of the national security law in a June 2021 briefing.

“The environment of repression and perpetual uncertainty created by the national security law makes it impossible to know what activities might lead to criminal sanctions. The law has repeatedly been used to target people who have upset the authorities for any number of reasons – from singing political songs to discussing human rights issues in the classroom,” said Anjhula Mya Singh Bais.

“The pattern of raids, arrests and prosecutions against perceived opponents has highlighted how the vagueness of the law can be manipulated to build a case against whomsoever the authorities choose.”

A government crackdown targeting activists, opposition politicians and independent media has recently expanded to include civil society organisations. At least 35 groups have disbanded since the law was enacted, including some of the city’s largest unions and activist groups.

“There are difficult days ahead for human rights in Hong Kong, but Amnesty International will continue to stand with the people of Hong Kong. We will fight for their rights to be respected and we will be vigilant in our scrutiny of those who abuse them,” said Agnes Callamard.

“While leaving the city that we have called home for decades is devastating, we do so proud of our achievements over that time, and confident that the strength of Amnesty’s 10 million-plus supporters worldwide will enable us to continue our work together to end human rights abuses everywhere.”

Amnesty International is a global human rights movement of 10 million people, with operations in more than 70 countries. The organisation holds governments around the world accountable to equal standards under international law.

Amnesty’s local Hong Kong section works principally on building awareness of human rights issues in the city and is funded primarily by individual donations from the Hong Kong public.

The overwhelming majority of Amnesty’s income comes from individuals the world over. These personal and unaffiliated donations allow the organisation to maintain full independence from any and all governments, political ideologies, economic interests or religions. Amnesty neither seeks nor accepts any funds for human rights research from governments or political parties.