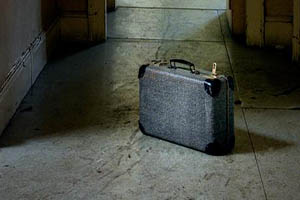 Today’s report of the Commission of Investigation into Mother and Baby Homes has revealed an appalling litany of human rights abuses against women and children, said Amnesty International Ireland. It said this is just the just one step towards meeting the state’s obligation to ensure truth, justice and reparations for what happened in these institutions.

Amnesty also said today that it was the State, not wider society, that was primarily responsible for these systematic human rights abuses.

Amnesty will be reviewing the full report but in response to today’s briefing by the government, it is clear there is still much to be done to truly address and understand the scale of human rights abuses revealed by the commission.

“Today’s report is one important step towards achieving truth and accountability for the horrific abuses inflicted on women and children in these institutions. We now need to see full justice and reparations for survivors, and the promised redress scheme must be put in place promptly,” said Colm O’Gorman, Executive Director of Amnesty International Ireland.

“The level of infant mortality in these institutions compared to wider society at the time and the number of unregistered deaths and burials are shocking to the extreme. We support calls for this, and other serious abuses, to be referred for criminal investigation.

“The report affirms what survivors have said about poor conditions, forced labour, and the physical and emotional abuse of women and children. About adoptions without consent, and vaccine trials on children without adhering to regulatory or ethical requirements.

“Based on the briefing by the government today, it’s clear that there is still so much to uncover, like how Gardaí were not notified of underage pregnancies potentially involving statutory rape, and the issue of illegal adoptions and child trafficking.

“The Government needs to make good on its October commitment that victims and survivors will have access to their personal records and data. All aspects of this investigation should be transparent and made public. Confidentiality should only be to the degree necessary and proportionate to protect the rights of individual victims, witnesses and others. Also important will be adherence to its commitment to establishing a national archive of records relating to institutional abuses.”

“While wider society played a role in the brutality, these ‘homes’ were just one part of a network of institutions imposing terrible sanctions on those who stepped outside harsh moral or religious norms. What needs to be very clear though is that this was – and still is – the State’s responsibility,” said Colm O’Gorman.

“The State deferred to unaccountable and powerful interests and failed to protect its people. It is ultimately responsible for that failure and for the grave and systemic human rights violations that flowed from it.

“When we look back at how society behaved across those decades, the government cannot simply ignore how a people were subjugated, especially when it was the State that enforced these very norms, often at the behest of other powerful institutions.

“The State must also recognise that these institutions were used to hide away victims of rape and sexual assault, who were not protected or supported but instead punished for the crimes perpetrated upon them. The state not only permitted this, but it also systemised this approach.”

Lessons need to be learned

“Previous governments have addressed Ireland’s past abuses in a piecemeal fashion, or when forced to react. For example, it is shocking that there still has not been a thorough and independent investigation into the entirety of the human rights abuses in the Magdalene Laundries.

“Reports like this are needed both for victims of human rights violations, and to make sure that the State does not repeat them. The Ryan Commission report had urged that its findings on past abuse of children in residential institutions give rise to such debate and reflection.

“The dark history of institutionalisation, the ongoing, unchecked and systemic nature of such grave human rights abuses, and the deep-seated misogyny that underpinned past these abuses, still influences state and society today. All of this needs to be rooted out and challenged. If we fail to do this, our shock and outrage at what happened in Mother and Baby Homes will be hollow.”