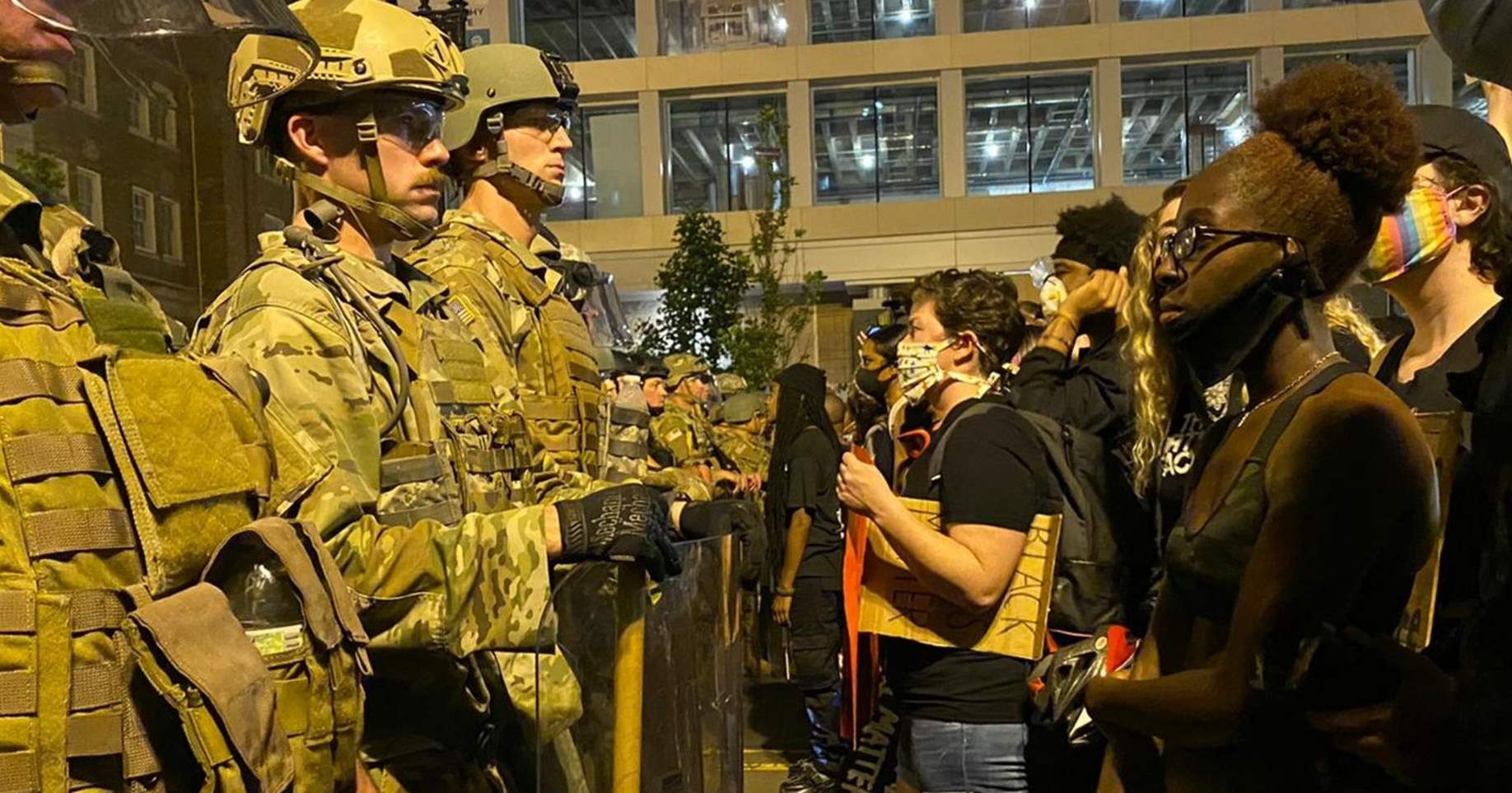 Police forces across the USA committed widespread and egregious human rights violations against people protesting the unlawful killings of Black people and calling for police reform, Amnesty International said today, as it launched an interactive map of incidents of police violence and a new campaign calling for systemic changes in policing.

Amnesty International has documented 125 separate examples of police violence against protesters in 40 states and the District of Columbia between 26 May and 5 June 2020, a period when hundreds of thousands of people in the USA and other countries protested against racism and police violence and to demand that Black lives matter. The analysis shows that law enforcement officers violated human rights daily out on the streets instead of fulfilling their obligations to respect and facilitate the right of people to peacefully protest.

This unlawful use of force included beatings, misuse of tear gas and pepper spray, and the inappropriate firing of less-lethal projectiles, such as sponge rounds and rubber bullets. Those abuses were committed by a range of security forces from state and local police departments, federal agencies, and the National Guard.

“The analysis is clear: when activists and supporters of the Black Lives Matter movement took to the streets in cities and towns across the USA to peacefully demand an end to systemic racism and police violence, they were overwhelmingly met with a militarized response and more police violence,” said Brian Castner, Senior Crisis Advisor on Arms and Military Operations at Amnesty International.

“The time for applying band-aids and making excuses for a few ‘bad apples’ has passed. What’s needed now is systemic, root-and-branch reform of US policing that brings an end to the scourge of police use of excessive force and extrajudicial executions of Black people. Communities should not live in fear of being harmed by the very officers that have sworn an oath to protect them. Officers responsible for excessive force and unlawful killings must always be held accountable.”

Open source investigation into US protests

This digital content was then verified, geolocated, and analysed by investigators with expertise in weapons, police tactics, and international and US laws governing the use of force.

In some cases, researchers were also able to interview victims and confirm police conduct with local police departments.

Police violence in dozens of states

As the map shows, Amnesty International’s analysis reveals a dizzying array of violations by police forces across the country, including in 80% of US states.

On 30 May, a joint patrol of Minneapolis police and Minnesota National Guard personnel unlawfully shot US-manufactured 37/40mm impact projectiles at people peacefully standing on the front porches of their homes. After encountering the people recording with their smartphones, the forces ordered them to “get inside” and then yelled “light them up” before firing.

On 1 June, security personnel from a variety of federal agencies, including National Park Police and the Bureau of Prisons, as well as DC National Guard personnel, committed a range of human rights violations against protesters in Lafayette Square in Washington, DC. They used riot shields to shove protesters and media workers, misused a variety of crowd control agents, and tossed US-manufactured Stinger Ball grenades, which contain pepper spray and explode in a concussive “flash-bang” effect, throwing rubber pellets indiscriminately in all directions. The attack, which preceded a photo op by President Trump in front of a nearby church, was widely reported on by media, including a lengthy Washington Post video timeline for which Amnesty International contributed the weapons and tactical analysis.

“Out of the blue, they started breezing pepper spray into the crowd. There was one officer on the median who was spraying as well. Then they started with tear gas. Someone who was right in the front – who had a tear gas canister hit his head – started running back. And we were trying to help him, flushing his eyes and then he just fainted and started having a seizure. He came to pretty quickly. As we were finally lifting him up and start getting him out of the way, they started launching more tear gas; that’s when people started to get really scared. They started gassing in a kettle formation – we were against a big fence that people had to jump over, up a steep hill. The fence was maybe six feet tall. People started putting their hands up – but the cops wouldn’t let up. It was can after can after can. We were encapsulated in gas. We were drooling and coughing uncontrollably.

“Then the cops came from the other side of the fence and started gassing from that direction. After that, the police started coming up the hill and … they were hitting and tackling people. They were dragging people down the hill and forcing  them down on their knees, lining them up kneeling on the median on the highway with their hands in zip ties, and pulling down their masks and spraying and gassing them again.”

The violations were not limited to the largest cities. Local police inappropriately used tear gas against peaceful protesters in Louisville, Kentucky; Murfreesboro, Tennessee; Sioux Falls, South Dakota; and Albuquerque, New Mexico, among other towns and cities. And in Fort Wayne, Indiana on 30 May, a local journalist lost his eye when police shot him in the face with a tear gas grenade.

Legal analysis of use of force

Excessive use of force against peaceful protesters violates both the US Constitution and international human rights law. Law enforcement agencies at all levels have a responsibility to respect, protect, and facilitate peaceful assemblies.

While the majority of the protesters have been peaceful, some protesters have used violence. In many cases, however, rather than respond to individual violations, security forces have used disproportionate and indiscriminate force against entire demonstrations.

Security forces can only resort to use of force at public assemblies when it is absolutely necessary and proportionate to achieve a legitimate law enforcement objective, in response to serious violence threatening the lives or rights of others. Even then, authorities must strictly distinguish between peaceful demonstrators or bystanders, and any individual who is actively engaged in violence. The violent acts of an individual never justify the disproportionate use of force against peaceful protesters generally, and force is only justified until the immediate threat of violence toward others is contained.

Any restrictions of public assemblies – including use of force against demonstrators – must not discriminate on the basis of race, ethnicity, political ideology, or other social group.

In an Executive Order issued on 16 June, President Trump called for incentives to limit the use of chokeholds of the kind that killed George Floyd in Minneapolis last month, as well as a national database on allegations of excessive force by police.

Some state and city police forces have also rolled out partial reforms locally since the protests began, such as suspending the use of some crowd control weapons like tear gas. In Minneapolis, a majority of the City Council pledged to disband the police force and replace it with more effective public safety institutions.

Amnesty International is demanding real and lasting reforms to US policing across the board, including to:

“Real, systemic and lasting police reform is needed at all levels to ensure that people across the country feel safe to walk the streets and express their opinions freely and peacefully without facing a real threat of harm from the very officers that are supposed to protect them. This is a Constitutional right that is mirrored in international human rights law; to deny this right with physical violence, tear gas and pepper spray is a hallmark of repression,” said Brian Griffey, USA Researcher/Advisor at Amnesty International.