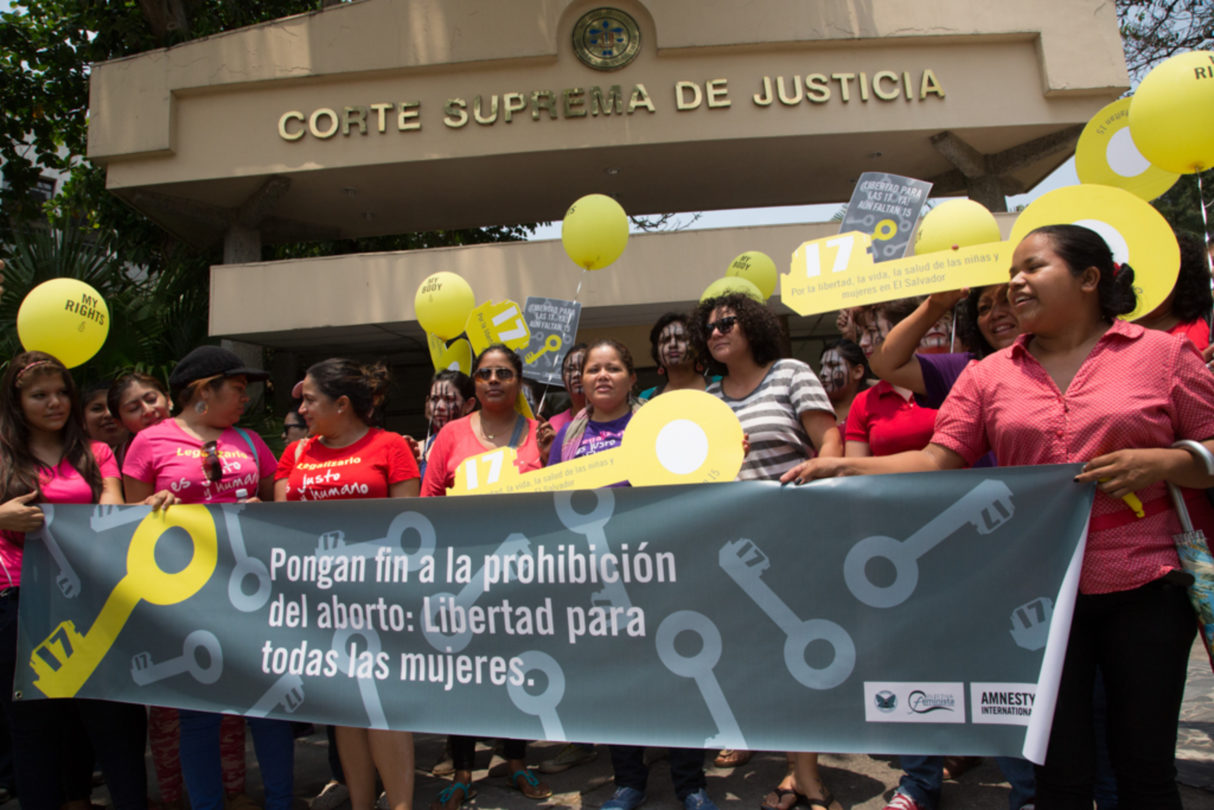 Scores of women working to promote access to safe abortions, sex education, modern contraceptives and other sexual and reproductive rights across the Americas are falling victim to increasingly vicious smear campaigns and threats geared at halting any debate on the issues, said Amnesty International in a new report today.

“Daring to speak about abortion and sex education in Latin America seems to be reason enough to be labelled a ´criminal’, a ‘murderer’, and even a ‘terrorist’. Unless governments step up in their responsibility to respect their work and protect these courageous human rights defenders, this situation will continue to deteriorate dangerously in the near future,” said Colm O’Gorman, Executive Director of Amnesty International Ireland

“The relentless smear campaigns against women whose job is to promote the rights and wellbeing of all, shows the worst side of a region that claims it is advancing in terms of human rights.”

Amnesty International has spoken to dozens of women human rights defenders across Latin America who have been subjected to public harassment, death threats and physical attacks because of their work. Public attacks have come from both private individuals and government representatives.

These crimes are rarely investigated and those responsible almost never face the courts.

“Smear campaigns are the oldest trick in the book to try and stop activists from speaking out about issues that are uncomfortable to the authorities. They are usually also the first step before activists are taken to the courts. The fact that these campaigns take place is not surprising, but seeing authorities sit back and watch as activists and their families are terrorized to the point of abandoning their work is absolutely shocking.”

Activists working at Paraguayan human rights organization CLADEM, who supported the family of a 10 year old rape survivor’s request for an abortion, have been subjected to malicious intimidation, harassment and surveillance.

Since taking on the case, members of CLADEM report that their phones and computers have been hacked – with 14 pieces of malware found in their laptops in a period of months. Several of the activists also said they and their families have been photographed by strangers, threated by phone and that their cars were vandalized.

In Yucatán, Mexico – where access to abortion services is legally allowed under certain circumstances — a brutal campaign against members of the only organization providing safe and legal abortions forced the vast majority of the personnel to resign. They were too afraid of what could happen to them if they were identified as working in the clinic.

Earlier this year and all throughout 2014, members of women’s rights organizations Agrupación Ciudadana por la Despenalización del Aborto and the Colectiva Feminista para el Desarrollo Local in El Salvador were subjected to a cruel harassment campaign after they publicly supported 17 women in prison for pregnancy related complications.

Anti-abortion groups, conservative media outlets and politicians publicly said these women’s rights defenders in El Salvador were “pro-death”, “willing to multiply the blood already running through the rivers of our country”, and “promoting a culture of death”.

“By failing to protect the invaluable work of human rights activists, and in many instances by committing these crimes, governments across the Americas are perpetuating the conditions for these hideous smear campaigns to continue. How far do these attacks and violence have to go before the authorities take action?” said Colm O’Gorman.

If you would like to learn more about our My Body My Rights campaign, you can do so here.