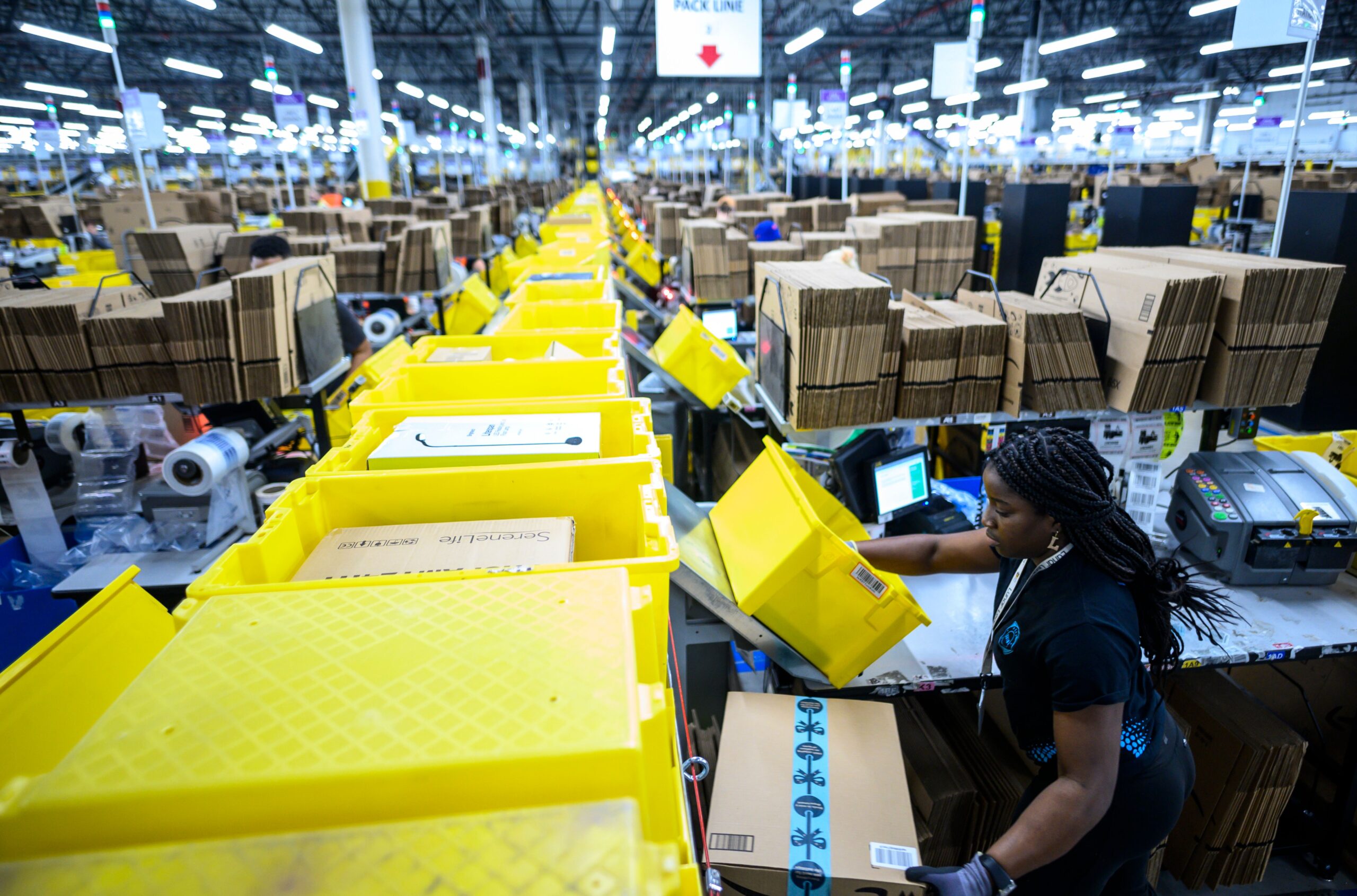 People working for Amazon have faced great health and safety risks since the start of the COVID-19 pandemic, but their ability to speak out and bargain collectively is under pressure from the online retail giant, Amnesty International said today.

Researchers found that Amazon has undermined attempts by workers to unionize and collectively negotiate, including through surveillance in the US and threats of legal action in the UK, and that it has failed to engage on key health and safety issues in Poland and France.

“All through the pandemic, Amazon workers have been risking their health and lives to ensure essential goods are delivered to our doorsteps, helping Amazon achieve record profits. In this context it is alarming that Amazon has treated attempts to unionize with such hostility – as one of the most powerful companies in the world, it should know better,” said Barbora Černušáková, Amnesty International’s Researcher and Advisor on Economic, Social and Cultural Rights.

“As Amazon approaches its busiest time of year with Black Friday and Christmas, we are urging the company to respect the human rights of its workers and comply with international labour standards, which state clearly that workers have a right to unionize. Amazon must refrain from breaching its workers’ rights to privacy, and stop treating union activity as a threat.”

Amazon suspended its stringent productivity targets for workers in March 2020, in the face of concerns that they were incompatible with health and safety measures required to prevent COVID-19 infections. However, ahead of the end of year holiday season, in October, Amazon told workers in the US, UK and elsewhere that it was reintroducing them.

Workers in the UK reported receiving a text message stating that, “starting 21 October we will resume measuring and delivering productivity performance feedback to ensure we are ready to deliver for customers in the coming weeks.”

International human rights law and standards are clear that workers have rights to join and form trade unions, enjoy safe working conditions and have their right to privacy respected. Although Amazon says it respects employees’ rights to join or form a labour union, it has consistently undermined the ability of trade unions to operate. Not only did it identify the existence of unions as a “risk” factor in its 2018 and 2019 annual reports, Amazon also advised managers in a 2018 training video to look for “warning signs” of union activity.

In March and April, there was uproar in the US when Amazon fired workers who spoke out about health and safety conditions during the pandemic.

In the UK, GMB Union staff have been repeatedly threatened with injunctions for “trespassing” when trying to access Amazon facilities to recruit new members. Legal notices sent to union staff in 2018 and 2019 also illustrate that Amazon monitors the social media profiles of the union members, as their screenshots are attached as evidence of “planned” demonstrations.

In Poland, the Workers’ Initiative reported disciplinary action against its members, including a woman who was reprimanded for recruiting union workers during working hours.

Another source of concern is the surveillance of Amazon’s workforce. In September, Vice News reported that Amazon had put out job advertisements for intelligence analysts to track risks including “labor organising threats against the company”. Amazon has since removed the job adverts and stated that their posting was an error.

In the same month, Vice News published details of internal Amazon documents showing that the company had been secretly monitoring and analyzing Amazon

Flex drivers’ private Facebook groups, including for the purpose of tracking plans for strike actions or protests.

On 21 September 2020, Amnesty International wrote to Amazon asking it to clarify its position on allegations of inappropriate surveillance and data collection from its workforce. In its response of 12 October 2020, Amazon did not answer specific questions about such practices. It did say, however, that Amazon places “enormous value on having daily conversations with each associate. Direct engagement with our employees is a strong part of our work culture.”

According to leaked internal documents, made public in October 2020, Amazon appears to be using technology to monitor its workforce in the USA, including secretly tracking social media accounts for signs of plans to organise protests or strikes.

In October, Recode reported that a leaked internal memo included plans by Amazon to invest hundreds of thousands of dollars to monitor union “threats” through a new technology system called “geoSPatial Operating Console”.

“This kind of sinister “Big Brother” behaviour is totally unacceptable, and interferes with workers’ freedom of expression and right to organise,” said Barbora Černušáková.

As COVID-19 continues to infect hundreds of thousands of people every day, the health and safety of Amazon workers remains a key concern.

In Poland, the Workers’ Initiative told Amnesty International that in March 2020, Amazon refused to discuss health and safety concerns with them. In France, the trade union Solidaires successfully launched a legal challenge that forced a temporary halt in operations and the introduction of more stringent health and safety measures.

Unions have also raised concerns about hazard pay. While some increased hazard pay for Amazon employees was introduced in Europe and North America, it was withdrawn in most countries at the end of May 2020 despite the pandemic continuing.

“This festive period comes at the end of a long and difficult year for Amazon workers, who have had to fight for their rights at work in the midst of a pandemic,” said Barbora Černušáková.

“Amazon is facing increasing scrutiny for its treatment of its workers, and we are urging the company to step up and fully comply with its responsibilty to respect workers’ rights.”