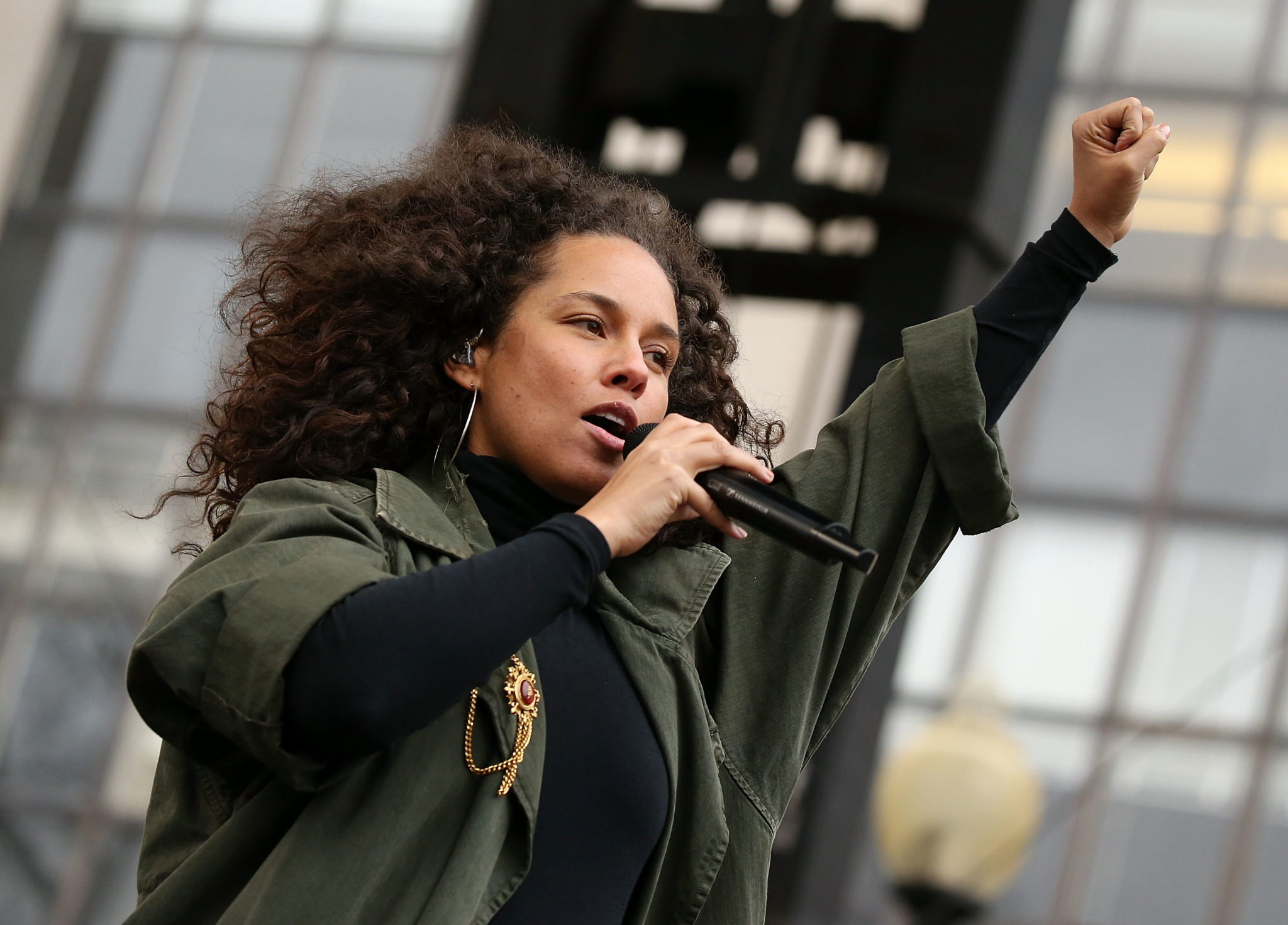 Celebrated global music artist and activist Alicia Keys and the inspirational movement of Indigenous Peoples fighting for their rights in Canada have been honoured with the 2017 Amnesty International Ambassador of Conscience Award at an evening ceremony in Montreal, Canada.

The award is the organization’s highest honour for human rights work. This is the first time the award was given to a Canadian recipient.

“Amnesty International’s Ambassador of Conscience awardees this year stand in the tradition of past winners such as Vaclav Havel and Malala Yousafzai – people who have shown exceptional leadership and courage to champion human rights, often in the face of great difficulty,” said Salil Shetty, Secretary General of Amnesty International.

Accepting the award recognizing the Indigenous rights movement of Canada were activists Delilah Saunders, Melanie Morrison, Melissa Mollen Dupuis and Widia Larivière. Activists from across the movement have bravely fought to end discrimination and ensure the well-being of Indigenous communities.

In solidarity with the Indigenous movement, Amnesty International launched a petition urging the Minister of Justice to fulfil Canada’s promise to uphold the UN Declaration on the Rights of Indigenous Peoples.

The ceremony featured performances and speeches from Canadian musicians Patrick Watson and Safia Nolan, and actress Tantoo Cardinal. Renowned activist and former leader of the Black Panthers Party, Ericka Huggins, presented Alicia Keys with her award and praised her for using her platform to fight for the marginalized and encourage young people to raise their voices.

Upon accepting the award Alicia Keys delivered an impassioned speech calling on people to stand up for human rights: “Can we depend on each other to speak up any way we can? Because who do we count on to support the fight for freedom, the promise of dignity and equality, if not us?”