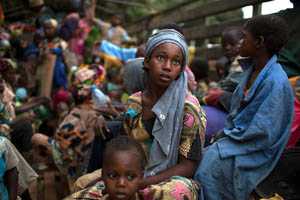 Zimbabwean President Robert Mugabe should use his position as the Chairperson of the African Union (AU) to address key human rights concerns in different parts of the continent, including his own country, Amnesty International said today.

President Robert Mugabe takes over the rotating position from the Mauritanian president Mohamed Ould Abdel Aziz which will see him in charge for the year ahead.

“There is an urgent need for the AU to take more concrete steps to effectively address the massive human rights violations resulting from the many conflicts taking place in several parts of the continent. President Mugabe should use his time as Chairperson to restore stability in parts of the region that have been ravaged by conflicts,” said Colm O’Gorman, Executive Director of Amnesty International Ireland.

The 24th Ordinary Session of the AU – that has taken the theme “2015: Year of Women’s Empowerment and Development Towards Africa’s Agenda 2063” – is taking place at a time when the continent is facing protracted conflicts that have displaced millions of people. The shrinking of political space and denial of fundamental rights are also major problems in countries such as Angola, Burundi, Eritrea, Ethiopia, Gambia and Zimbabwe.

2015 will also see 19 African countries holding elections with nine taking place in the first quarter. This includes Nigeria which is currently facing constant attacks from the militant group Boko Haram.

The AU has the responsibility of promoting respect for human rights on the continent, in line with its Constitutive Act and the African Charter on Human and Peoples’ Rights.

Image: A girl sits at the back of a truck as she prepares to flee sectarian violence in Bouar, CAR © REUTERS/Siegfried Modola