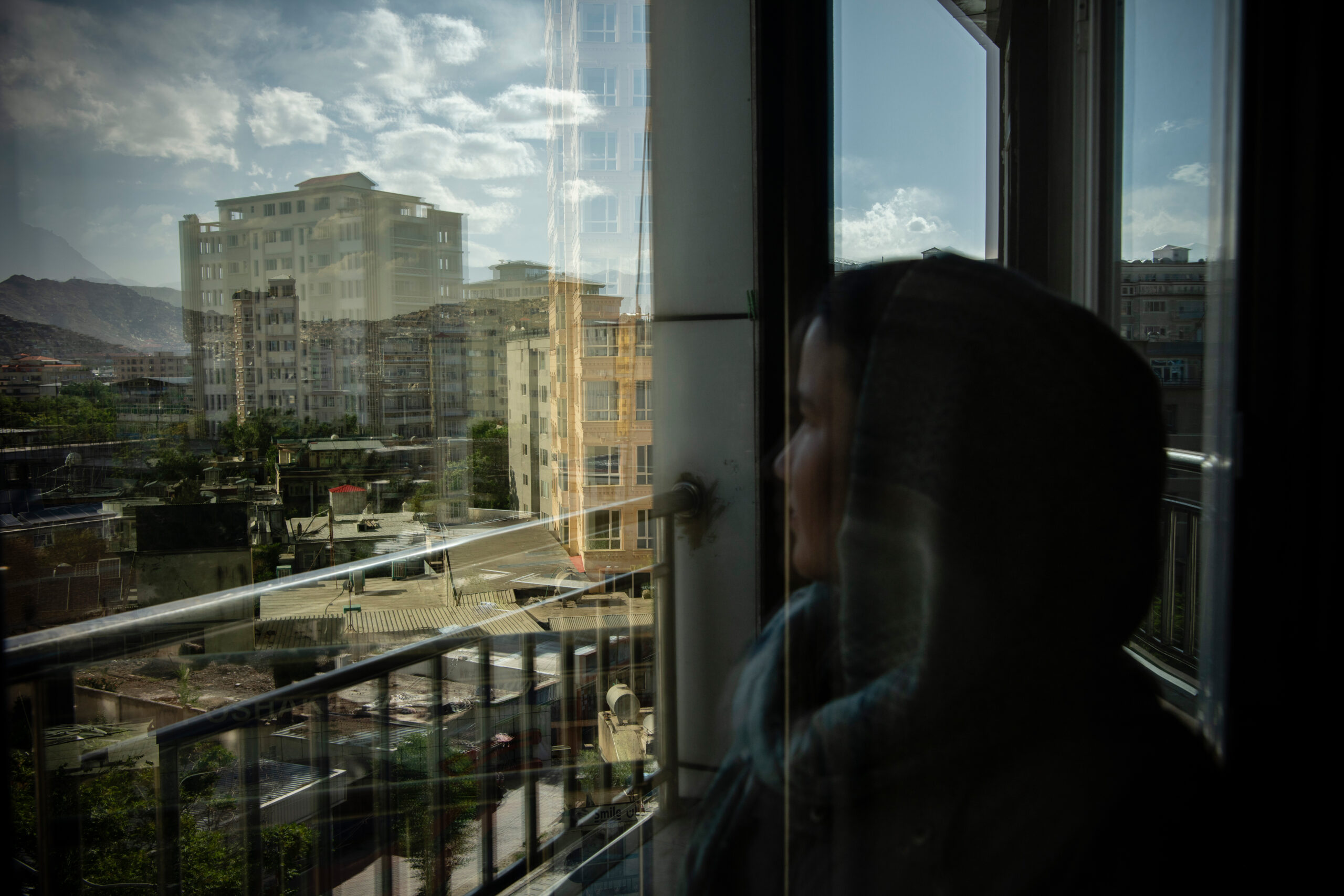 The lives of women and girls in Afghanistan are being devastated by the Taliban’s crackdown on their human rights, Amnesty International said in a new report published today.

Since they took control of the country in August 2021, the Taliban have violated women’s and girls’ rights to education, work and free movement; decimated the system of protection and support for those fleeing domestic violence; detained women and girls for minor violations of discriminatory rules; and contributed to a surge in the rates of child, early and forced marriage in Afghanistan.

The report, Death in Slow Motion: Women and Girls Under Taliban Rule, also reveals how women who peacefully protested against these oppressive rules have been threatened, arrested, detained, tortured, and forcibly disappeared.

“Less than one year after the Taliban’s takeover of Afghanistan, their draconian policies are depriving millions of women and girls of their right to lead safe, free and fulfilling lives,” said Agnès Callamard, Amnesty International’s Secretary General.

“Taken together, these policies form a system of repression that discriminates against women and girls in almost every aspect of their lives. Every daily detail – whether they go to school, if and how they work, if and how they leave the house – is controlled and heavily restricted.

“This suffocating crackdown against Afghanistan’s female population is increasing day-by-day. The international community must urgently demand that the Taliban respect and protect the rights of women and girls.”

Amnesty International is calling on the Taliban to implement major policy changes and measures to uphold the rights of women and girls. Governments and international organizations, including all UN member states and the UN Security Council, must urgently develop and implement a robust and coordinated strategy that pressures the Taliban to bring about these changes.

Amnesty International researchers visited Afghanistan in March 2022. The comprehensive investigation was conducted from September 2021 to June 2022, and includes interviews with 90 Afghan women and 11 girls, aged between 14 and 74 years old, living in 20 of Afghanistan’s 34 provinces.

Detention and torture of peaceful protesters

Since seizing control of Afghanistan in August 2021, the Taliban have been the country’s de facto authorities. Despite initial public commitments to uphold the rights of women and girls, the Taliban introduced policies of systematic discrimination that violate their rights.

Women and girls across Afghanistan reacted to this crackdown with a wave of protests. In response, the Taliban targeted protesters with harassment and abuse, arbitrary arrest and detention, enforced disappearance, and physical and psychological torture.

Amnesty International interviewed one protester who was arrested and detained for several days in 2022. Describing her treatment in detention, she told Amnesty International: “[The Taliban guards] kept coming to my room and showing me pictures of my family. They kept repeating… ‘We can kill them, all of them, and you won’t be able to do anything… Don’t cry, don’t make a scene. After protesting, you should have expected days like this’.”

She also described being severely beaten: “They locked the door. They started screaming at me… [One Taliban member] said, ‘You nasty woman… America is not giving us the money because of you bitches’… Then he kicked me. It was so strong that my back was injured, and he kicked my chin too… I still feel the pain in my mouth. It hurts whenever I want to talk.”

Two women said that after photos were posted of a fellow protester’s injuries on social media, Taliban members developed a new strategy to prevent them from showing their injuries publicly.

One of the women told Amnesty International: “We were beaten on our breasts and between the legs. They did this to us so that we couldn’t show the world. A soldier who was walking next to me hit me in my breast, and he said, ‘I can kill you right now, and no one would say anything’. This happened every time we went out: we were insulted – physically, verbally, and emotionally.”

Detained protesters had inadequate access to food, water, ventilation, sanitary products and health care. To secure their release, the women were forced to sign agreements that they and their family members would neither protest again, nor speak publicly about their experiences in detention.

Arbitrary arrest and detention, including for ‘moral corruption’

According to four whistleblowers from Taliban-run detention centres, the Taliban has increasingly arrested and detained women and girls for minor violations of their discriminatory policies, such as the rule against appearing in public without a mahram [male chaperone] or with a man who does not qualify as a mahram. Those arrested are usually charged with the ambiguous ‘crime’ of ‘moral corruption’.
A prison staff member explained: “Sometimes they bring the boys and girls from the coffee shop… [Or] if they see a woman who is not with a mahram, she can be arrested… Before these kinds of cases were not in the prison… The numbers are increasing each month.”

One university student, who was detained in 2022, told Amnesty International that she was threatened and beaten after being arrested on charges related to the mahram restrictions.

She said that Taliban members “started giving me electric shocks… on my shoulder, face, neck, everywhere they could… They were calling me a prostitute [and] a bitch… The one holding the gun said, ‘I will kill you, and no one will be able to find your body’.”

The whistleblowers said that survivors of gender-based violence, who previously lived in shelters or who attempted to flee abuse after the Taliban’s takeover, are now being imprisoned in detention centres. One of the staff members said: “Some came by approaching the Taliban themselves, and asking, ‘Where is your shelter?’ [The Taliban] had no place, so they ended up in prison.”

These women and girls have been subjected to solitary confinement, beatings and other forms of torture, and forced to endure inhumane conditions, including overcrowding and inadequate access to food, water, and heating in winter months.

According to Amnesty International’s research – corroborated by national and international organizations operating in Afghanistan, local activists and other experts – the rates of child, early and forced marriage in Afghanistan are surging under Taliban rule. The key causal factors for the increase include the economic and humanitarian crisis; the lack of educational and professional prospects for women and girls; families forcing women and girls to marry Taliban members; and Taliban members forcing women and girls to marry them.

Stephanie Sinclair, director of Too Young to Wed, an organisation working on child, early and forced marriage, explained: “In Afghanistan, it’s a perfect storm for child marriage. You have a patriarchal government, war, poverty, drought, girls out of school – with all of these factors combined… we knew child marriage was going to go through the roof.”

Khorsheed*, a 35-year-old from a central province of Afghanistan, told Amnesty International that the economic crisis compelled her to marry off her 13-year-old daughter to a 30-year-old neighbour in September 2021, in exchange for a ‘bride price’ of 60,000 Afghanis (around US$670). She said that after her daughter’s marriage, she felt relieved and added: “She won’t be hungry anymore.”

Khorsheed said she was also considering marrying off her 10-year-old daughter, but was reluctant to do so, as she hoped this daughter might provide for the family in the future. She explained: “I wanted her to study more. She would be able to read and write, and speak English, and earn… I have a hope that this daughter will become something, and she will support the family. Of course, if they don’t open the school, I will have to marry her off.”

The Taliban continue to block education for the vast majority of secondary school girls. Their scheduled return to school on 23 March 2022 was short-lived. Later the same day, the Taliban sent the girls home, citing a “technical issue” related to their uniforms. Four months later, the Taliban continues to deny girls’ access to education.

Fatima*, a 25-year-old high school teacher based in Nangarhar province, told Amnesty International: “These young girls just wanted to have a future, and now they don’t see any future ahead of them.”

At university level, the Taliban’s harassment of female students – as well as restrictions on students’ behaviour, dress and opportunities – has created an unsafe environment where female students are systematically disadvantaged. Many female students have now either stopped attending, or decided not to enrol in university at all.

Brishna*, a 21-year-old student at Kabul University, told Amnesty International: “[The] guards outside the university yell at us and say, ‘Fix your clothes, your scarf… Why are your feet visible?’… [The] head of our department came to our class and told us, ‘Be careful – we can only protect you when you are inside the faculty building… If Taliban members try to harm you or harass you, we won’t be able to stop them’.”

Amnesty International is calling for international community to impose consequences on the Taliban for their conduct, such as targeted sanctions or travel bans applied through a UN Security Council Resolution, or employ other forms of leverage that can hold the Taliban accountable for their treatment of women and girls without harming the Afghan people.

“The Taliban are deliberately depriving millions of women and girls of their human rights, and subjecting them to systematic discrimination,” said Agnès Callamard.

“If the international community fails to act, it will be abandoning women and girls in Afghanistan, and undermining human rights everywhere.”

Learn more about our work in Afghanistan.