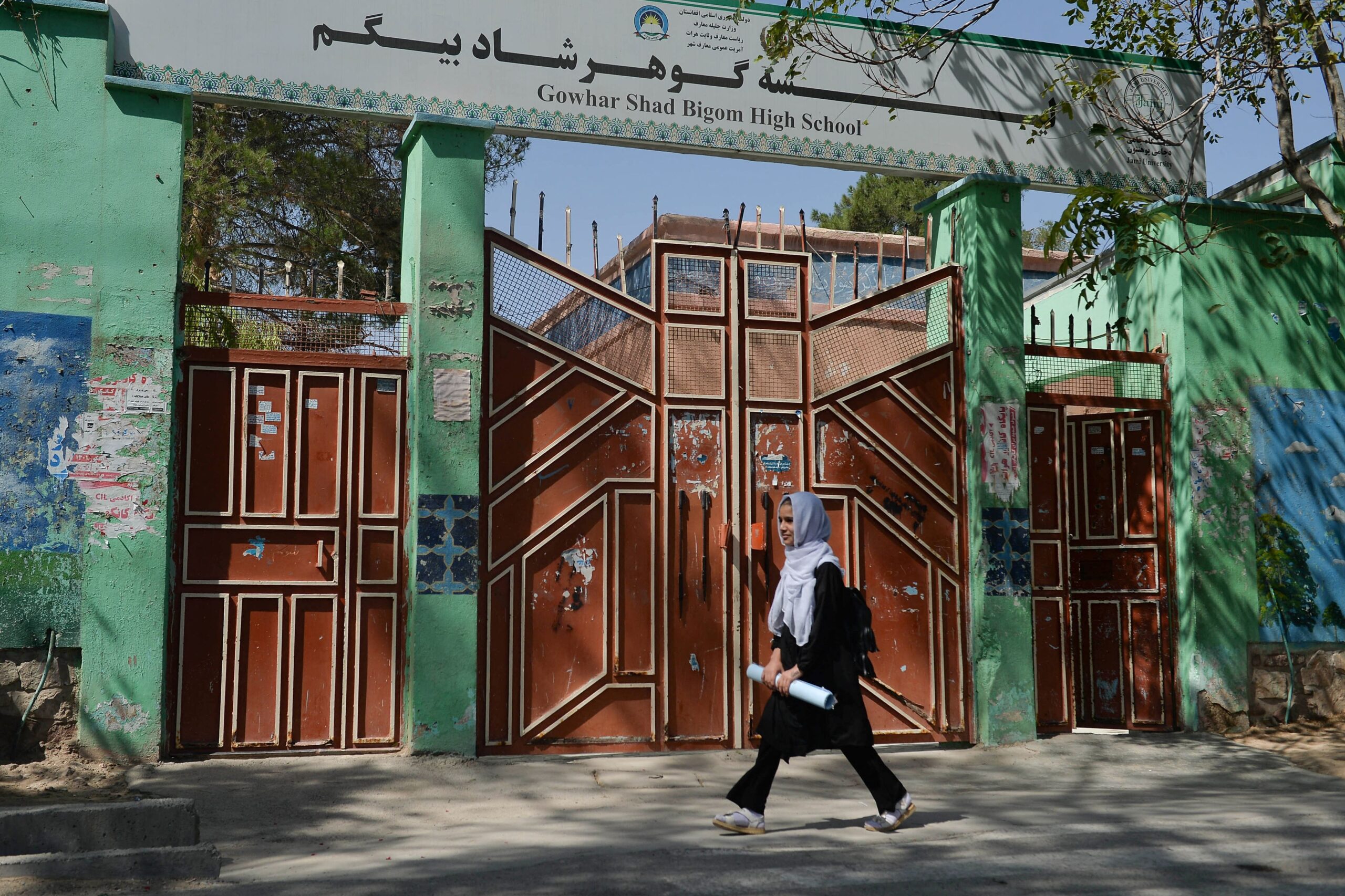 Girls in Afghanistan must be allowed to return to secondary school and continue their education, Amnesty International said today as it published new testimonies from pupils and teachers documenting Taliban threats and violence.

While male students nationwide were allowed to return to secondary school on 17 September, the Taliban insisted that a “safe learning environment” was required before girls could return.

However, in more than 20 new interviews, students, teachers and school administrators told Amnesty International that intimidation and harassment by the Taliban are causing school attendance rates to remain low at all levels, particularly for girls.

“At present, girls in Afghanistan are effectively barred from returning to secondary school. Across the country, the rights and aspirations of an entire generation of girls are dismissed and crushed,” said Agnès Callamard, Amnesty International’s Secretary General.

“The right to education is a fundamental human right, which the Taliban – as the de facto authorities running the country – are duty-bound to uphold. The policies currently pursued by the Taliban are discriminatory, unjust and violate international law.

“The Taliban should immediately re-open all secondary schools to girls, put a stop to all harassment, threats and attacks against teachers and students, and cease any military use of schools in Afghanistan.”

Amnesty International is also calling on the international community to ensure appropriate funding for Afghanistan’s education sector to enable schools to continue functioning, through organisations such as the UN or NGOs. Failure to do so could potentially deny millions of Afghan students the right to education.

‘Education is not a crime’

To date – while some secondary schools have allowed girls to return, including in Kabul city and in provinces such as Kunduz, Balkh and Sar-e Pul – the vast majority of secondary schools across Afghanistan remain closed for girls.

Asma*, a 14-year-old student in Kabul, told Amnesty International: “Will I be able to go to school or not? This is my biggest concern. I want to learn everything, from the easiest to the hardest subjects. I want to be an astronaut, or an engineer or architect… This is my dream… Education is not a crime. If the Taliban announce that getting an education is a crime, then we will commit this crime. We will not give up.”

Mariam*, a 17-year-old student in Badakhshan, said: “When I first heard they would close high schools, I felt we were going backward instead of forward. We had so many hopes and dreams, and now they are gone. I want to study medicine and become a doctor. I was ready to take the entrance exam for university. I feel like I am paralyzed right now. I can’t think of the future.”

Several female secondary school students said they had lost their motivation to study because the Taliban seem likely to allow them to work only in a few, specific fields, such as education or healthcare.

Khalida*, a 16-year-old student in Kabul, said: “What will we do with an education, if we cannot fulfil our passions? I want to be a politician… I don’t want to graduate and sit at home… Girls like me, we want to be leaders… We can be anything, and they are not letting us.”

Teachers, students, and activists across Afghanistan told Amnesty International that primary school attendance rates have dropped significantly in many areas, particularly for girls. Many families remain fearful of the Taliban and are too nervous to send their children to school, particularly girls.

Zeenat*, a teacher in Samangan province, said: “There is no trust in the community… Parents think if they send their daughters to school, they could be beaten by the Taliban.”

The severe economic situation has forced many families to take their children out of school and send them to work. Millions of Afghans have been internally displaced during and following the Taliban’s takeover of the country, and many displaced children are not attending school.

Interviewees also said there are widespread absences among teachers, largely due to the Taliban’s failure to pay their salaries. This has led many primary schools either to run at reduced capacity, or to close entirely.

At the tertiary level, students reported that while some universities have re-opened, attendance rates have dropped, particularly for young women.

Wadan*, a 21-year-old medical student in Kabul, said: “There were 20 girls in my class [before the Taliban’s takeover]. Now there are just six girls… The Taliban introduced new rules… No-one knows what will happen in the next few hours, let alone days. Parents won’t give permission for their daughters to go to university in this situation.”

Taliban harassment of teachers and military use of schools

Pashtana*, a high school teacher, told Amnesty International she received death threats from the Taliban and had been called to the local court for prosecution due to her prior teaching of co-educational sports.

She received a letter from Taliban members earlier this year, and explained: “It said, ‘If the Taliban catch you, they will cut your ears off, and this will be a lesson for others in [your] province’. Now I am in hiding. Even my family thinks I am out of the country.”

Another secondary school teacher said the Taliban had subjected her to harassment and intimidation, in retaliation for a media interview in which she complained about teacher salaries and girls’ access to secondary education. She added that she and several other teachers were threatened with eviction from their homes, which the previous government had provided.

For security reasons and fear of reprisal attacks, the precise locations of these incidents have been omitted. Amnesty International has not yet established whether these incidents represent a broader pattern of abuse by Taliban members against students and teachers but will continue to monitor such reports.

Witnesses also told Amnesty International that the Taliban used four schools for military purposes during fighting prior to their takeover of the country: Tughani High School and Khetib Zada High School in Sar-e Pul city, Zakhail e Khondon High School in Kunduz city, and Alishing High School in Alishing district in Laghman province. Such use of schools places them at risk of attack and is likely to make it extremely difficult to deliver an adequate education. These acts are also contrary to the global Safe Schools Declaration, which the Afghan government endorsed in 2015.

From 16 September to 8 October 2021, Amnesty International conducted telephone interviews with 11 teachers and school administrators and 10 students – ranging from ages 14 to 22 – in provinces across Afghanistan, including Badakhshan, Farah, Helmand, Kabul, Kandahar, Laghman, Nangahar, Samangan and Sar-e Pul.

Amnesty International also interviewed 12 local activists, representatives of NGOs and the United Nations, and other experts on education in Afghanistan.

Amnesty International attempted to contact Taliban officials on 6 and 12 October but had received no reply by the time of publication.