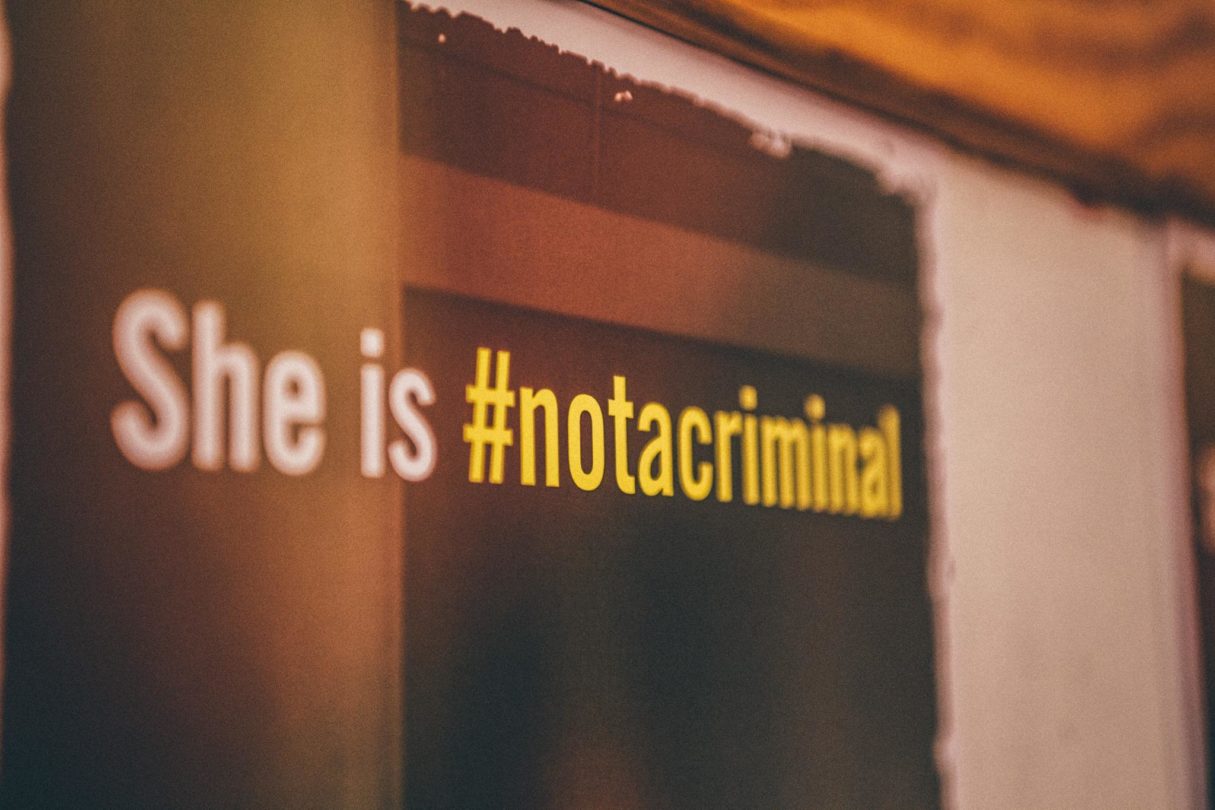 Today, activists from Amnesty International Ireland, supported by its partners began a two week demonstration outside Government Buildings calling on political parties and groupings to ensure abortion reform is not lost in negotiations towards a new government. Representing the 12 women and girls who will travel to the UK every day for abortions, their demand is that the negotiations cannot ignore this reality, or the 87% of the public who want access to abortion expanded, or the 80% of people who would vote yes if a referendum to repeal the Eighth Amendment were held, as found in a recent Amnesty International/Red C Research & Markets poll. Each day for the next two weeks a further twelve people will join the vigil, its numbers will grow to remind political leaders of the numbers of women and girls who are forced into temporary exile from Ireland to access their human rights day after day, week after week.

Colm O’Gorman, Executive Director of Amnesty International said: “It has been over a month since the election and we still do not have a government. Over the next two weeks, efforts towards forming a government will ramp up. We will be here during lunchtime every day of those two weeks to demand that repealing the Eighth Amendment is on the table during those discussions.

“Today, we represent the 12 women and girls who we know will make the journey to the UK for an abortion. This doesn’t include the countless others who don’t give Irish addresses, or who travel to other countries. Each day for the next two weeks, the number of people demonstrating will increase by 12. The parties to the negotiations need to recognise that women will not stop traveling for abortions, and this issue will not be going away, during their time in government. A new government, whatever its composition, must not turn its back on the human rights of women and girls here in Ireland.

Today, we represent the 12 women and girls who we know will make the journey to the UK for an abortion

“The politicians and parties in these negotiations must acknowledge that the repeal of the Eighth Amendment is a critical issue not just for women in Ireland, but for Irish society. They cannot ignore the vast majority of people in Ireland who support women’s right to access abortion. They cannot hide from the fact that the majority of people consider Ireland’s abortion ban cruel, inhuma, hypocritical and discriminatory.

“The parties cannot pretend this is a divided or divisive issue. Our poll clearly shows that support for expanding access and repealing the Eighth is shared strongly right across the country and all age groups and social groups. People in Ireland are clear on the need to expand access to abortion and they want women’s and girls’ human rights to be respected by their new government. Exit polls during the election showed that abortion was one of the key issues for the electorate. Supporters of each political party back change. Our message today, and for the next two weeks, is that the parties hoping to form the new government need to wake up to this new Ireland. They simply cannot follow the lead of previous governments in turning their back on women and girls and on the Irish public, who overwhelmingly share our demand for change.

“The next government must be the one that finally brings an end to the daily violations of women’s and girls’ human rights,” said Colm O’Gorman.

Notes to the Editor:

The Amnesty International/Red C Research & Markets poll was conducted in February 2016 to establish a deeper understanding of public attitudes to Ireland’s laws on abortion. The poll’s complete findings are available here: http://bit.ly/NotACriminalPoll

Polling conducted for Amnesty International Ireland by RED C Research and Marketing on 1-3 February found that 59% of respondents would vote yes to a referendum to remove the Eighth Amendment, and 54% would vote yes only if legislation placing reasonable restrictions on access to abortion were enacted. RED C analysed the two sets of data to find a combined 80% of respondents who said they would vote yes, either unconditionally or if reasonable restrictions were legislated for, as follows.

Even among the 5% of respondents personally opposed to abortion in all circumstances (i.e. even where the woman or girl’s life is at risk), 34% would vote to repeal the Eighth Amendment, rising to a half (50%) if there was legislation placing “reasonable restrictions” on access to abortion.