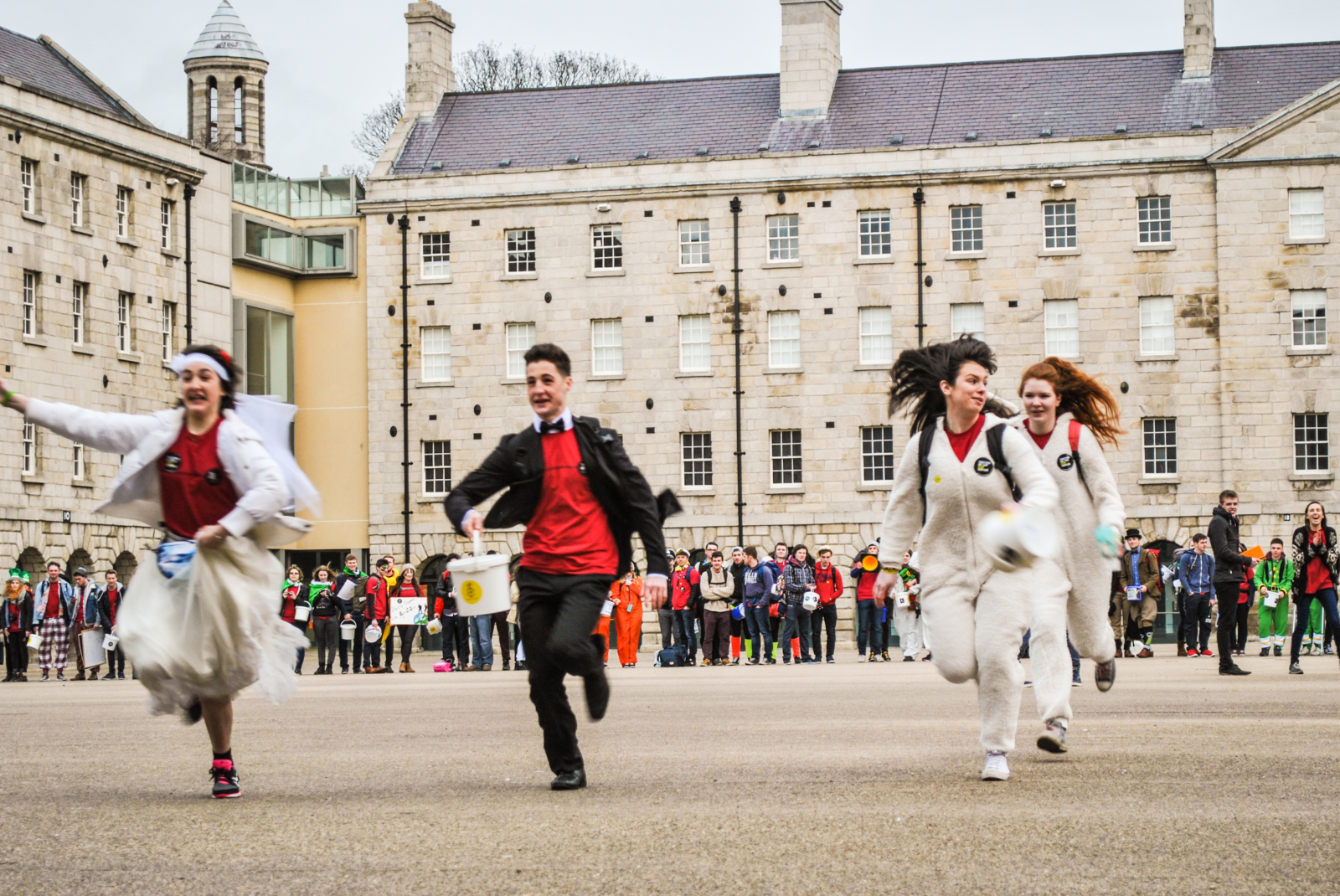 More than 166 students race around the world in charity adventure

This weekend, 166 third level students will take part in the iconic Jailbreak race, as the competition starts at 9am on Saturday, 11 March from Collins Barracks Dublin. In teams of two, the students will have 36 hours to travel to a mystery location somewhere in the world without spending any of their own money. Throughout the competition, the students are given a series of clues which guide them toward a mystery location. The first team to arrive will be declared the Jailbreak champions for 2017.
Jailbreak is Ireland’s largest student-run charity challenge. All funds raised are split equally between Amnesty International Ireland and the Society of St. Vincent de Paul. Originating in Trinity College, Jailbreak has now expanded to 10 third level institutions. Over the past five years, it has raised €165000 for the two partner charities. This year, the students have set an ambitious target to raise €50,000. The An Cumann Gaelach student society are also seeking to increase the focus on on Irish culture and language as an integral part of the students experience representing Ireland abroad.

Throughout their travels, the students will be highlighting Amnesty’s I Welcome campaign for refugees and migrants around the world via social media.

“Now in its fifth year, we are delighted that Jailbreak continues to attract such fantastic support from Irish students. This year, participants will have 36 hours to beg, borrow and blag their way to the secret location, all the while raising awareness of the plight of thousands of migrants and refugees on the move around the world. Right now, record numbers of people worldwide have been forced to flee their homes. But instead of showing true leadership and protecting refugees, most countries are slamming their doors shut. 86% of the world’s 21 million refugees live in in low and middle income countries. Amnesty is campaigning to change this. By agreeing to share responsibility for protecting refugees, governments can show true leadership, invest in people’s lives and futures and bring out the very best in us all. The money raised by the students and their supporters will play a crucial role in our campaign to protect the human rights of refugees and migrants,” said Colm O’Gorman, Executive Director of Amnesty International Ireland.

St Vincent de Paul’s college groups take part in social action and volunteering in their colleges and local communities based on the needs that the students themselves feel need to be addressed. They work to advance St Vincent de Paul’s social justice mission, by tackling poverty in all forms and providing support and friendship to those who need it most.

“Jailbreak has been a fantastic way for students to raise awareness about the issues faced by some of the most vulnerable members of our society over the last 5 years and I have no doubt that this year will be even more of a success. The funds raised by the students who take part this year will directly help to fund SVP activities running across college campuses throughout Ireland. These projects allow students themselves to offer valuable and meaningful support to those most in need in their local area and to tackle some of the most pertinent social justice issues faced in Ireland today. The positive and far-reaching impact of the projects that will benefit from this year’s Jailbreak cannot be understated,” said Grainne Lee, SVP National Youth Committee Chair.