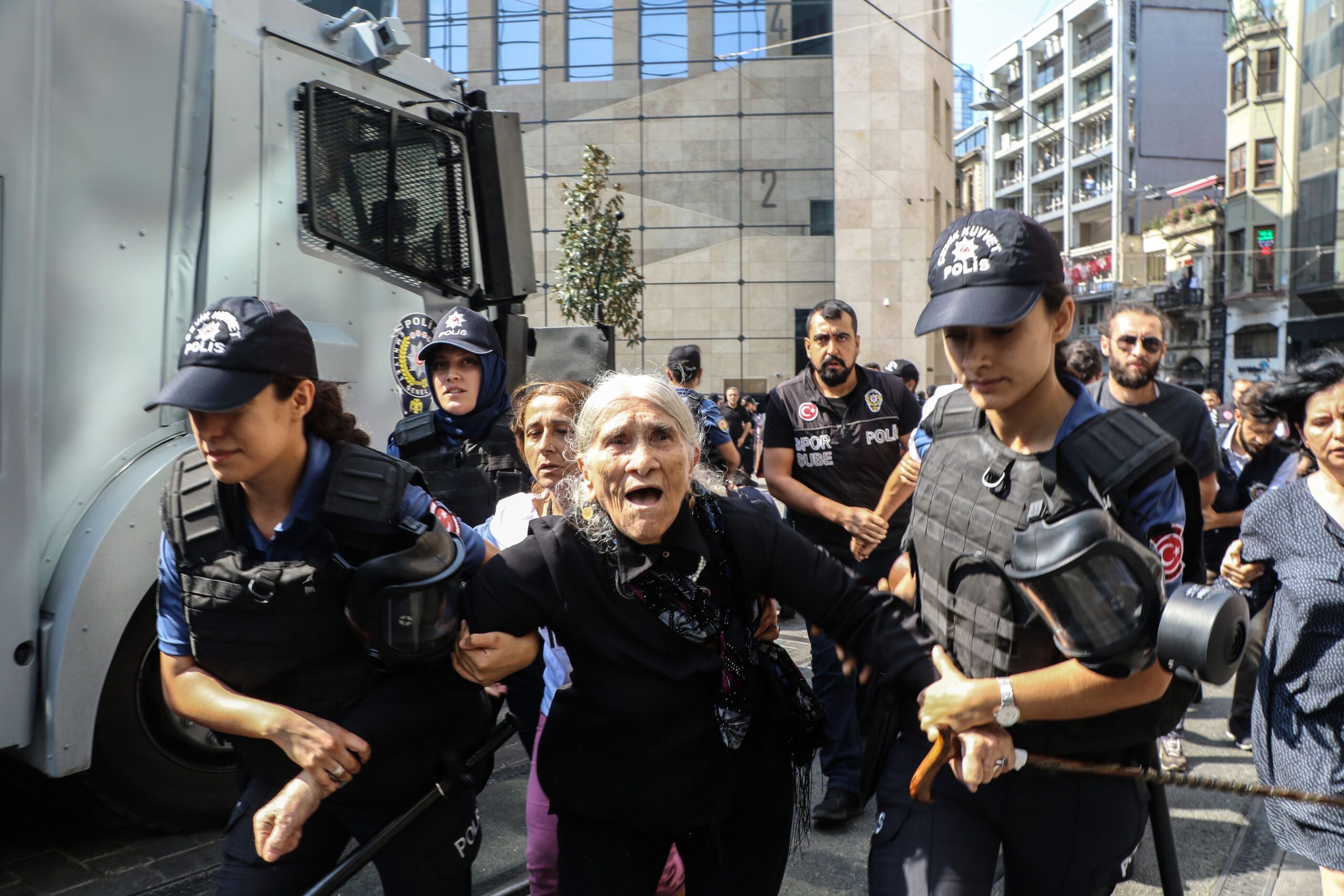 For the past 27 years, the Saturday Mothers have tirelessly sought truth and justice for their loved ones who were forcibly disappeared in the 1980s and 1990s

On their 700th protest, on 25 August 2018, police in Istanbul used tear gas and water cannons to disperse a peaceful gathering of hundreds of people.

Dozens were detained on the day, 46 people including some of the relatives were unjustly indicted for attending an ‘unlawful protest’ under the Law on Meetings and Demonstrations. The unfair, baseless trial is ongoing as is the ban on Galatasaray Square which has been surrounded by police barriers and occupied by riot police ever since.

This August, the 900th peaceful vigil was prevented by riot police. Police handcuffed and detained human rights defenders, and relatives from the Saturday Mothers/People group.

This is only the latest shameful example of the state authorities’ intolerance of lawful, peaceful dissent. Time and again, the Saturday Mothers/People have been met with brutal crackdowns and even prosecutions for taking part in peaceful vigils. Turkish authorities have never provided a valid justification for their spiteful, arbitrary and unlawful denial of the right to exercise freedom of expression and assembly.

Call on the President of Turkey Recep Tayyip Erdoğan to lifts the ban on the Saturday Mothers/People’s vigil, and ensure they are able to exercise their right to freedom of expression and peaceful assembly and call for an effective, independent, impartial and thorough investigation into the victims of enforced disappearance.