Who are the Istanbul 10 and why have they been imprisoned in Turkey?

In July 2017, our friend and colleague İdil Eser, the Director of Amnesty Turkey, was detained along with nine other human rights defenders in Istanbul. Currently eight of them are in prison and two are on bail, all are facing an investigation under anti-terrorism laws. Yet they have done nothing wrong.

It came only a month after Amnesty Turkey’s Chair, Taner Kılıç was detained, also unfairly. He remains in prison.

On 14 October 2017, Amnesty will hold a global day of action demanding their release to coincide with Idil’s birthday.

It should have been an ordinary day for İdil Eser, director of Amnesty Turkey. She was attending a workshop on wellbeing and digital security with colleagues from other human rights organisations in Istanbul – the kind of gathering that takes place around the world every week.

It included open discussions about the stresses they encounter and practical ways of dealing with these.

But during the workshop police raided the building and detained them all, including the two workshop trainers.

At first, they were taken to different police stations in Istanbul, then held for several days at the Istanbul Security Directorate, the main police headquarters. On 18 July, they appeared before a judge following the prosecutor’s request that they be sent to prison pending their trial.

They were all asked ludicrous questions by the prosecutor: İdil was questioned about an Amnesty International campaign in 2014, over two years before she even joined the organisation, and the fact that she had spoken to Taner, Amnesty Turkey’s imprisoned Chair: what could be more natural than communication between the two?

Who are The Istanbul 10?

Nejat Taştan and Şeyhmus Özbekli have since been released on bail, but still face investigation.

Why have they been imprisoned?

These investigations are the most recent attempts to silence the critical voices in Turkey.

Since the failed coup attempt of July 2016, there are ongoing criminal investigations against approximately 150,000 people.

Dissent has become dangerous in Turkey and now even human rights defenders are being targeted.

These women and men have risked their own safety to defend others. None of them have done anything wrong. Turkey has jailed these people, just like they have jailed hundreds of journalists and others, fuelling the propaganda that human rights defenders are somehow dangerous and must be stopped. This is ridiculous and simply not true.

Where are they being held?

Seven of the eight imprisoned rights defenders are being held in in Silivri prison in Istanbul, the highest security prison in Turkey. İlknur is held in Sincan prison in Ankara. Two more are on bail but still face investigation.
They cannot receive letters, they are only allowed an hour-long supervised visit by their lawyers per week and by their closest relatives.

İdil has no living relatives, so she had no visitors except her lawyer until September, when her friends’ applications to be able to visit were finally approved.

They are allowed to read books and newspapers but cannot receive letters from outside. They are held with one other person, but cannot see each other.

What’s happening for İdil’s birthday and how can I help? 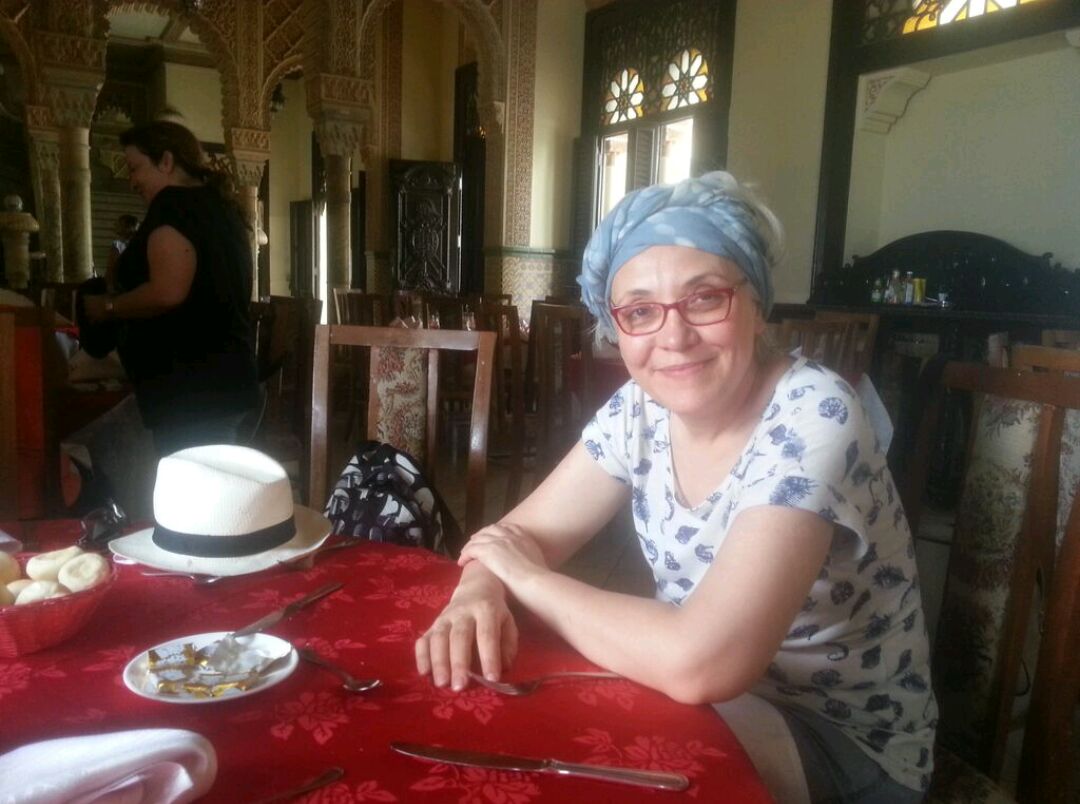 Idil may be in prison, but that won’t stop us giving her a birthday to remember. So we’re throwing a global party on 14 October to celebrate with her in spirit and you’re all invited!

Join in on 14 October, wish İdil a Happy Birthday by taking action to demand her release. Join the global party for İdil’s birthday and help make this year’s present, her freedom.

In July 2016, there was a violent coup attempt in Turkey.

Since then a massive crackdown has taken place which has targeted not only people legitimately suspected of involvement in the attempted coup, but seemingly anyone who criticises the government, including the media.

Perpetrators of the coup attempt must be brought to justice. But hard-won rights cannot be taken away in the process.

Sign the global pledge
Write a message of solidarity