Idleb: Millions in need of protection. The world must act now

Idleb, located in northwestern Syria along the border with Turkey, is the last major territory held by armed opposition groups. In March 2017, Iran, Turkey and Russia, the three sponsors of the Astana meetings, designated Idleb as de-escalation zone and established military observation posts to ensure that the Syrian government and armed opposition groups would comply with the ceasefire. Since January 2018 however, Syrian government forces conducted several unlawful air and ground attacks including a chemical attack that targeted the town of Saraqeb on 5 February 2018, killing at least six people and leaving 11 in need of emergency treatment. In addition, hundreds of civilians have been killed in car bombs and infighting between armed opposition groups.

Since 2011, 700,000 people have sought refuge in Idleb fleeing the violence in other parts of Syria; others were displaced, in some cases forcibly displaced as part of evacuation deals reached between the Syrian government and armed opposition groups, including in Homs, Aleppo, Eastern Ghouta and Daraa. As a result, Idleb’s population has reached 2.5 million, with many internally displaced people living in camps and relying on cross-border aid from Turkey. In July 2017, Turkey closed its borders with Idleb following the capture of the province by the armed opposition group Hay’at Tahrir al- Sham, resulting in the temporary suspension of humanitarian aid.

@PutinRF_Eng @HassanRouhani @RT_Erdogan Civilians in #Idleb have suffered enough. Make sure they are protected from unlawful attacks. We’re keeping our #EyesOnIdlib Click To Tweet 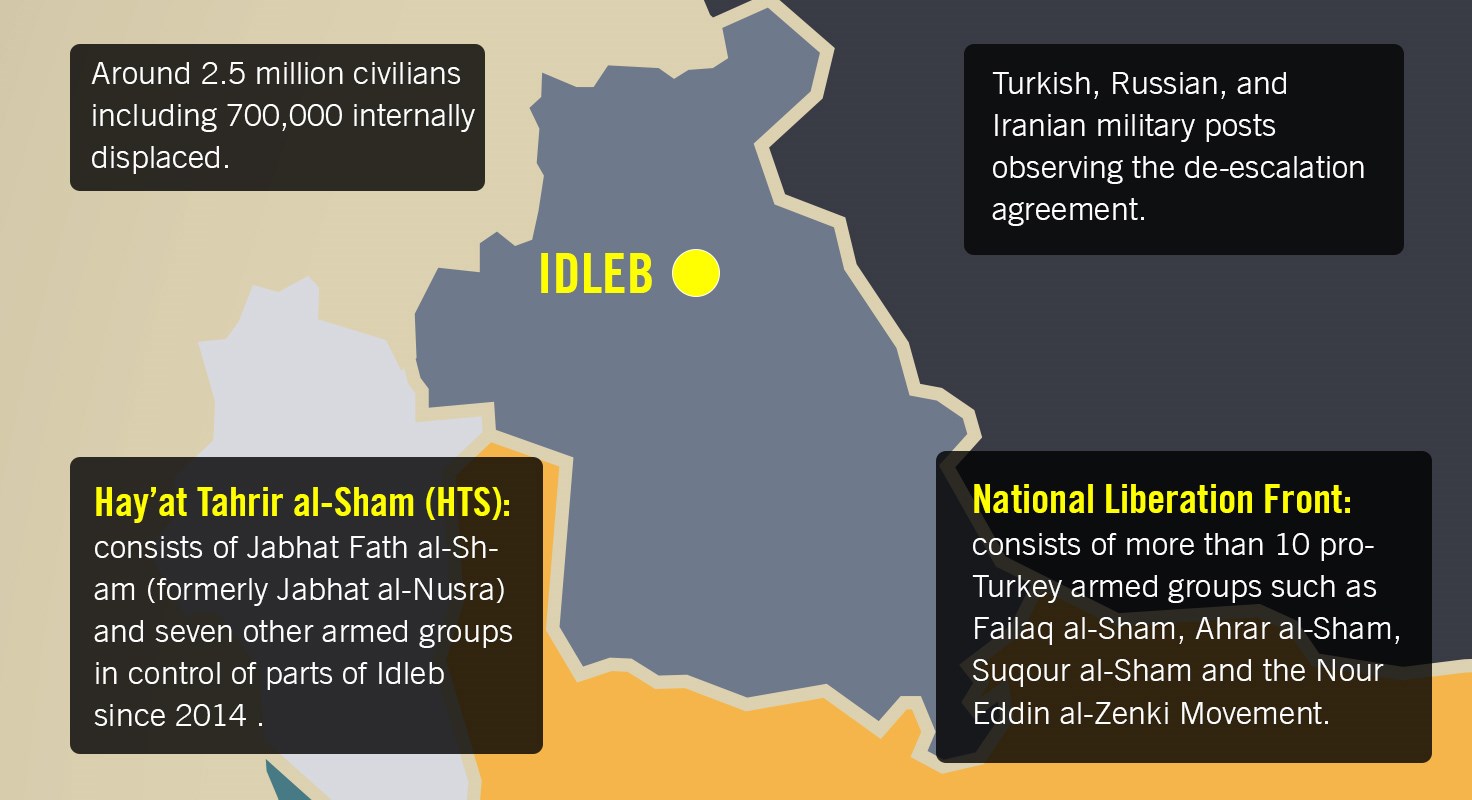 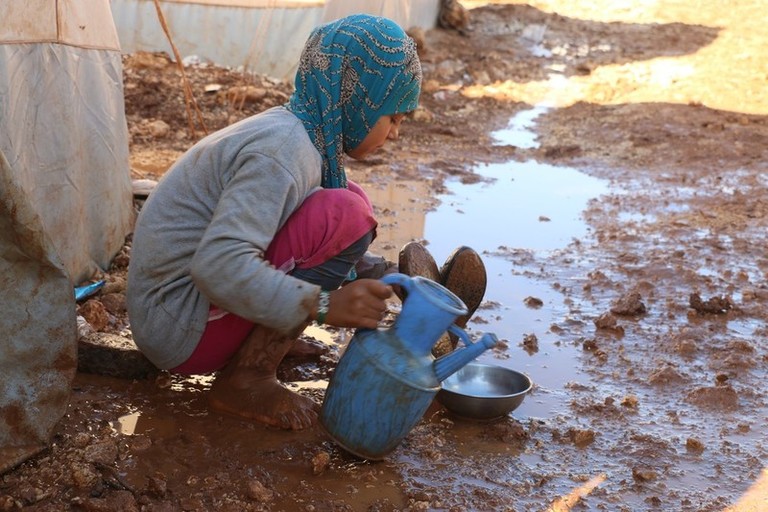 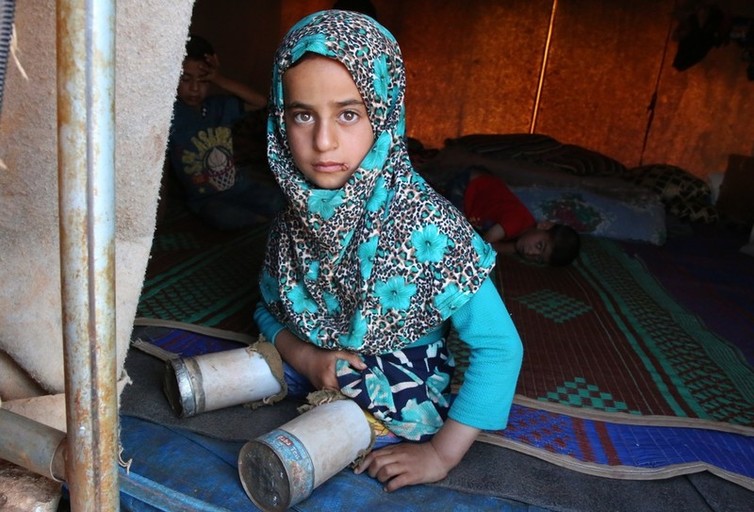 Syrian Maya Meri (8), who lost her legs during birth, is seen with her artificial legs, which were made from pvc pipes and tin cans by her father, in Idlib, Syria on June 21, 2018. Photo by Ahmad Al Ahmad / Anadolu Agency / Getty Images

As of April, over 2 million people were identified as needing humanitarian assistance in Idleb, lacking access to food, water and health care. Access to health care specifically is restricted as a result of ongoing air and ground attacks on hospitals, as well as limited medical resources.

“Recently, the threat of kidnapping doctors for ransom has increased. Some doctors at Khan Sheikhoun hospitals have been kidnapped.” – Doctor from Idleb

Internally displaced people live in camps across the area. In 2017, the Turkish government closed its border, preventing people in Idleb and elsewhere from seeking refuge in Turkey. As a result, several camps were set up in northern Idleb, close to the border, and these camps today host the largest numbers of internally displaced people fleeing the violence across Syria.

Many camps have restricted access to food and water, and inadequate heating during the winter. Numerous camp schools had to close due to lack of funding, leaving children with no education. Some camps have also witnessed raids and arrests by Hay’at Tahrir al-Sham (HTS), while others were exposed to shelling.

Tell Presidents Putin, Erdogan and Rouhani – the three Astana sponsors – to ensure that civilians are protected during any possible military attack on Idleb. These people have gone through a lot already. We must keep them safe.

@PutinRF_Eng @HassanRouhani @RT_Erdogan You agreed on #Idleb being a de-escalation zone. More than 2 million civilians are now at risk. You must keep them safe. We’re keeping our #EyesOnIdlib Click To Tweet