45 years since the first Urgent Action

To mark the occasion of 45 years since the first Urgent Action was issued, we celebrate a couple of success stories that have been achieved thanks in part to swift action taken by members of the Urgent Action Network.

“I knew that my case had become public, I knew they could no longer kill me. Then the pressure on me decreased and conditions improved.” Luiz Basilio.

Read the story of the first urgent action.

Dr Jirina Šiklová was first named in an Urgent Action issued in 1981 after widespread arrests of Czechoslovakian activists. Forced out of academia due to the political situation of the country, she was arrested and accused subversive activities. She was declared a Prisoner of conscience.

As Sauro Scarpelli explains: “Jirina Šiklová, a sociologist and feminist writer, is known for her political engagement in communist Czechoslovakia. She was arrested for smuggling books in and out of Czechoslovakia and for her activism in the 80s. While in prison, she was supported by Amnesty International through an Urgent Action and received letters from Amnesty members, which she says she was very grateful for. A group in Amnesty Germany also sent one of their members to visit her in prison, and offered to marry her so that she could leave into exile!”

When she was released in March 1982, she set about thanking the groups who wrote letters to the authorities on her behalf.

Reflecting later on the work of Amnesty members writing letter on her behalf:
“I knew it was a way of telling the prisoners that they were not alone and knew about them. It helped me mentally, and maybe that’s why the guardians also treated me better. ” Translation of Interview here.

Jennifer Latheef is a photojournalist and political activist, arrested in the Maldives in 2003 for protesting against the political repression in the country. Two years later she was finally charge with “terrorism” and handed a 10-year sentence.

Amnesty adopted her as a prisoner of Conscience, jailed solely for exercising her right to peaceful protest. In 2005, Amnesty International issued an Urgent Action regarding concerns for her health and treatment in prison.

Urgent Actions state how we want activists to campaign on behalf of that particular individual or group. In this case, the recommended action was writing appeals directly to President Maumoon Abdule Gayoom.

Originally reluctant to accept such a pardon, she confirmed her intention to continue to campaign for the release of other political prisoners, and for the conviction imposed on her by the court to be quashed. 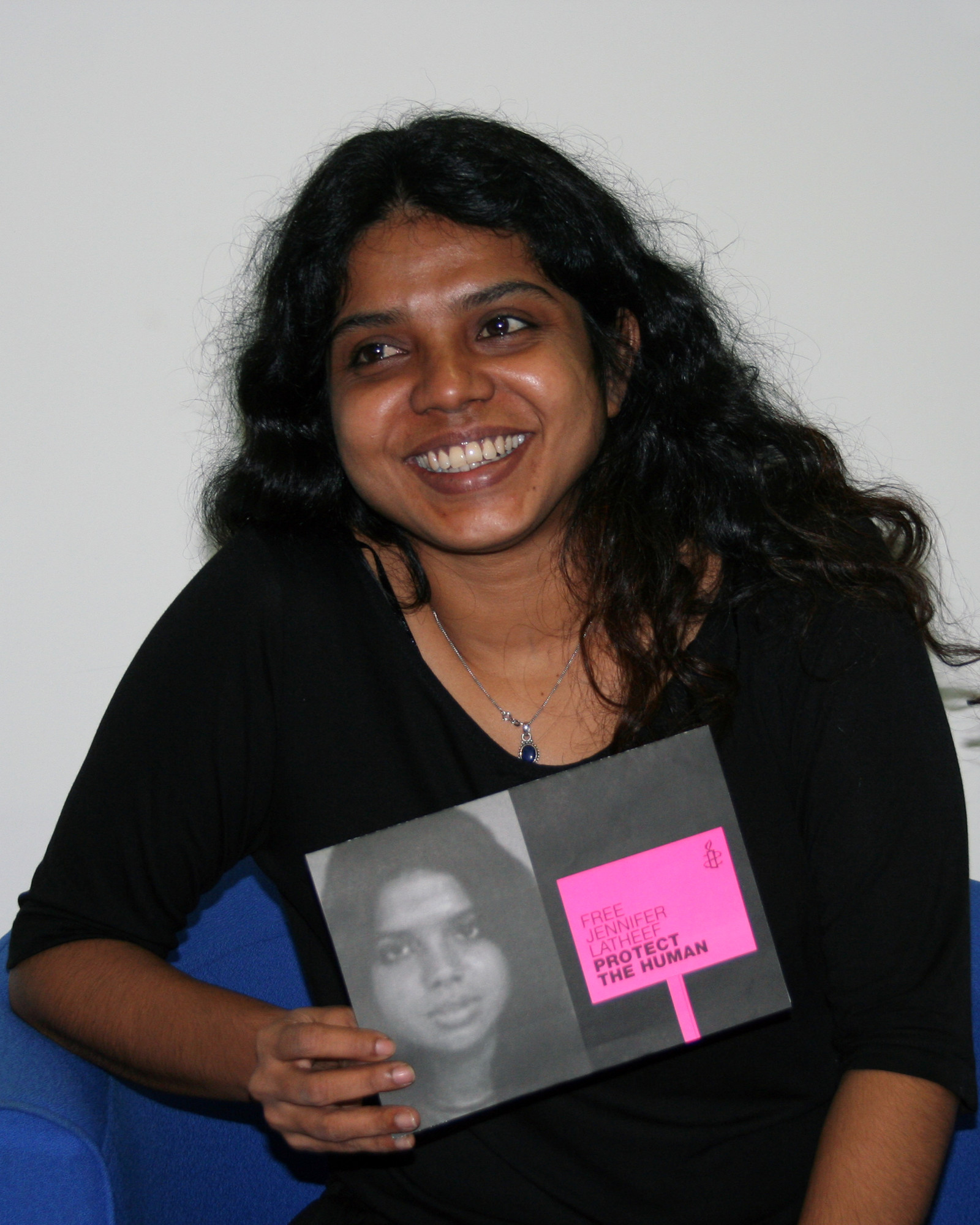