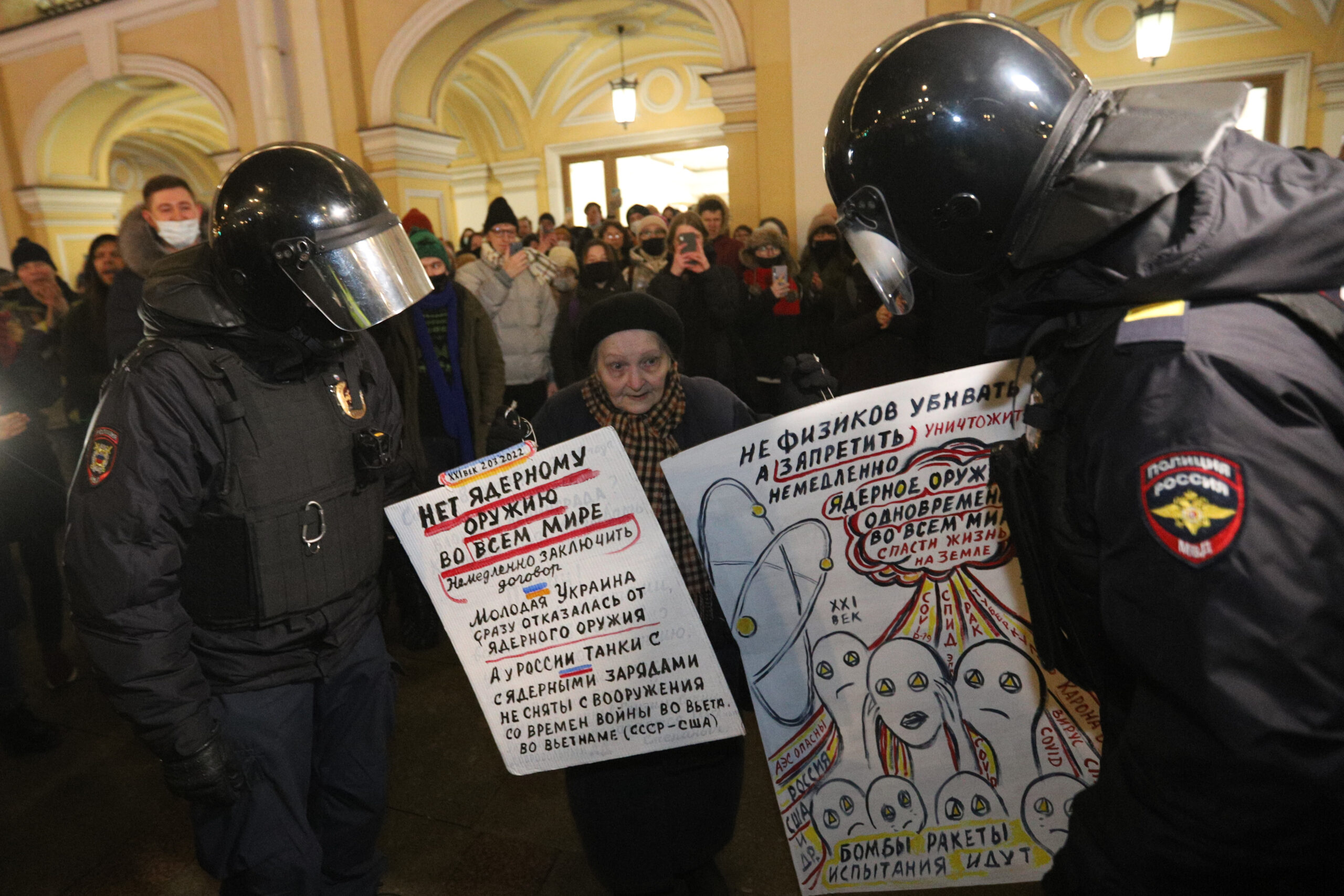 We are with Russian protesters; we say No to War

Do you stand with anti-war protesters in Russia? Join their call of ‘NO TO WAR’ and take action today.

Incredibly brave protesters have taken to the streets across Russia, knowing that they face almost certain arrest, imprisonment, violence and abuse.
Faced with the horrors of the Ukrainian invasion, they stand for humanity, no matter the cost.

Hundreds of children and elderly people have been arrested, some for the simple act of writing ‘NO TO WAR’ in the snow or carrying yellow and blue balloons.

Protesters have been forcibly and often brutally dispersed, and are being prosecuted, alongside independent media who have been censored, closed down and/or blocked, for publicly opposing the invasion of Ukraine. Many local and international charity and human rights NGOs and foundations were delisted and closed by Ministry of Justice.

New laws speedily passed on 4 March introduced amendments to the Criminal Code and the Code of Administrative Offences severely limiting the rights to freedom of expression, association and peaceful assembly. Hundreds of people across Russia and in occupied Crimea have been charged under these new laws.

For those who dare to speak out feel – tell them that they are not alone, that we hear them and that we stand with them.

Send this email to the Russian Embassy in solidarity with these protesters saying NO TO WAR!