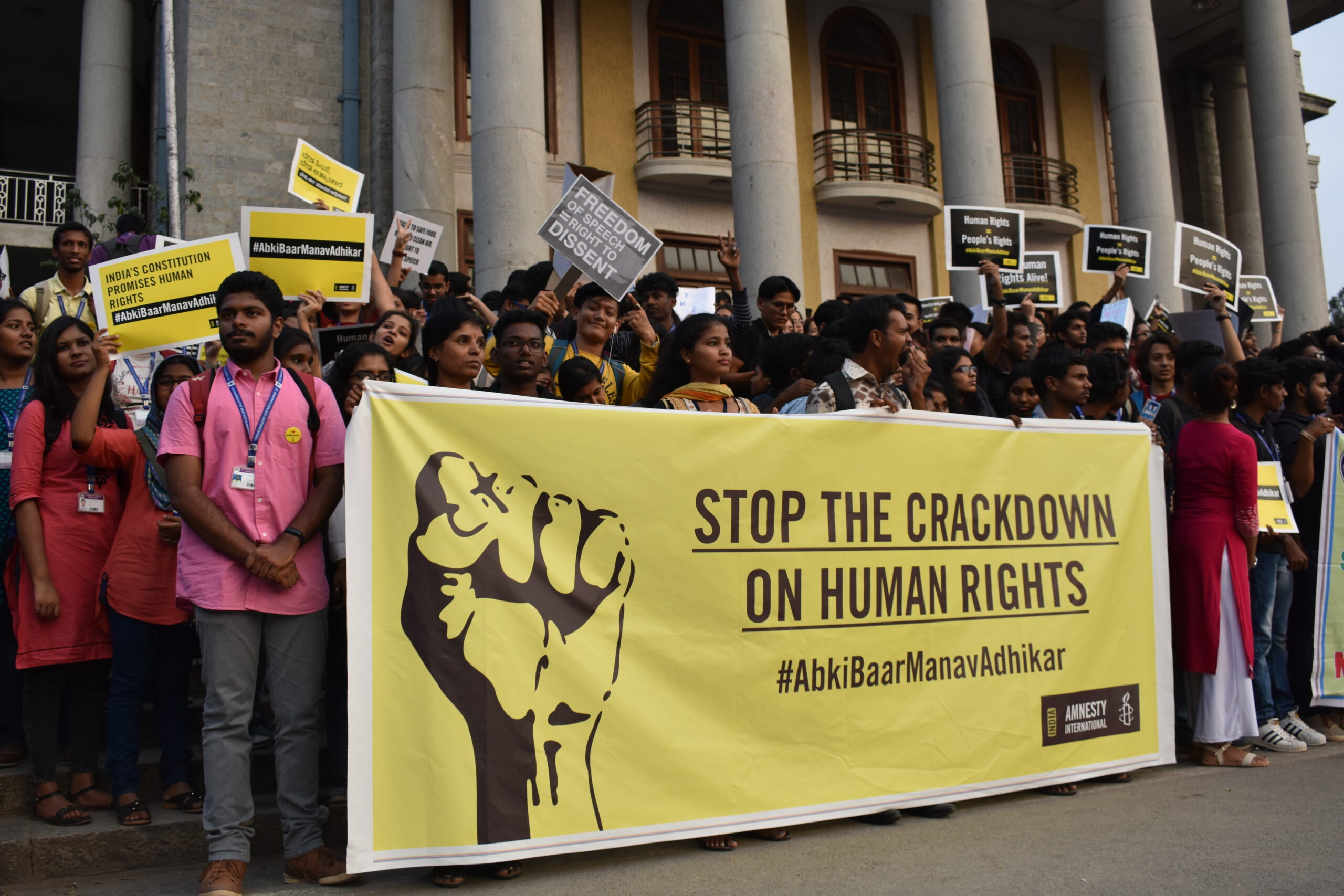 Amnesty International India was forced to halt its operations on 30 September 2020 because its accounts were frozen by the authorities.

All staff in India have lost their jobs. They haven’t received their September salary and severance pay.

This is part of a continual crackdown on civil society since Prime Minister Modi took office in 2014. Local human rights work is crucial to ensure fundamental rights are protected. The Indian government must immediately unfreeze the bank account of Amnesty International India to allow it to carry out its human rights work freely and without reprisals.

Since 2018, the authorities have conducted a smear campaign against Amnesty International India prompted by its reporting on human rights violations in India, the office and trustees’ residences have been raided several times.

Amnesty International India appears to have been targeted because of its work on a range of issues including the government’s crackdown on Human Rights Defenders, Jammu and Kashmir, and the latest reports implicating Delhi Police during last year’s Delhi Riots.

Amnesty International India has been working on a wide range of human rights issues in India, including the death penalty, extrajudicial executions, critique of repressive laws curtailing human rights work, and oppression of minorities, women and other vulnerable groups, as well as delivering human rights education in India.

This is a huge setback to the protection of human rights in the country.

Sign the petition to call on the Indian government to stop the crackdown on civil society and unfreeze Amnesty India’s bank account.