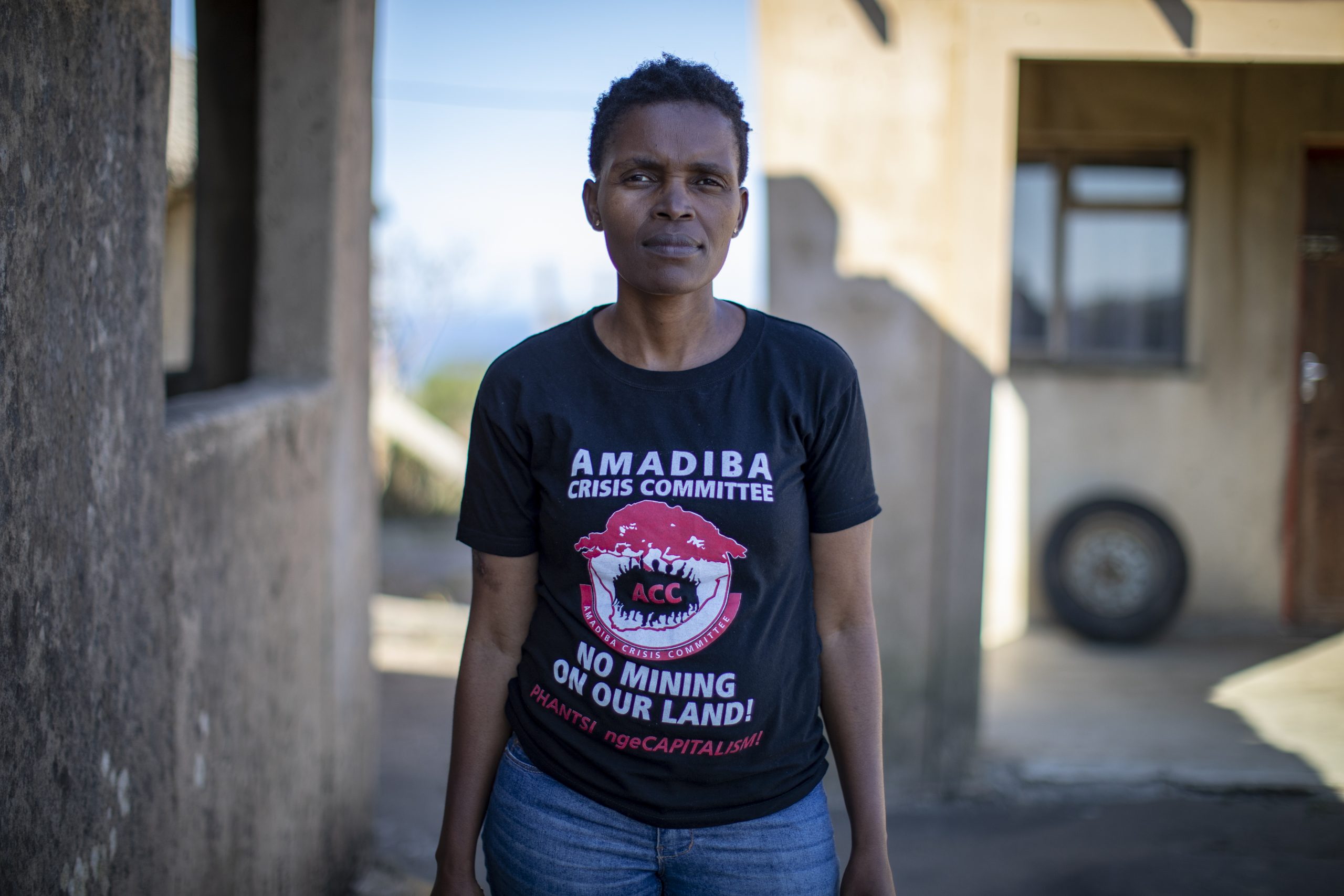 Nonhle Mbuthuma is a Women Human Rights Defender from the Amadiba Community in South Africa, threatened for fighting for her community.

She has been vocal in her opposition to a titanium mining license being awarded to an Australian company against the wishes of her community. She is a spokesperson of the Amadiba Crisis Committee.

As a result, she has been followed, threatened, intimidated and harassed by unknown persons including those claiming to be part of the SA intelligence service.

Nonhle remains at risk of threats and harassment as the Minister and the Department of Mineral Resources (DMR) are determined to see the start of titanium mining in the Amadiba community.

Join our call for President Cyril Ramaphosa to ensure his government to guarantee’s Nonhle Mbuthuma’s safety and ensures that she is protected from harassment and intimidation and immediately investigate the threats against Nonhle and respect the rights of the Amadiba community.