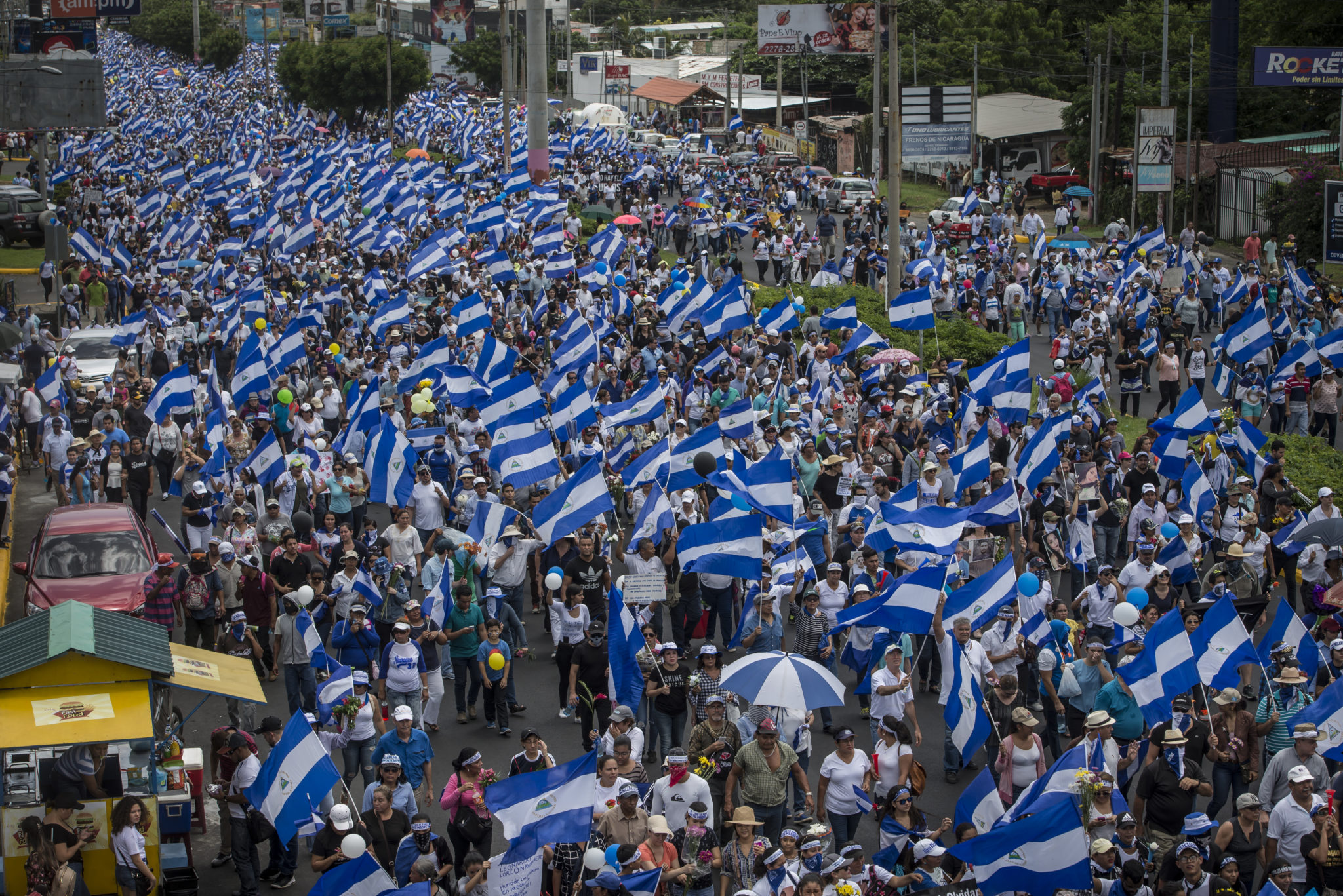 On 14 November 2019, the Nicaraguan police detained and imprisoned at least 13 activists who were giving water to a group of people on hunger strike to demand the release of their relatives, who were detained for participating in the protests of 18 April 2018.

The protests broke out following the government’s attempt to implement unpopular and non-consulted social security reforms and were met with violent repression, resulting in the deaths of 325 people, including 21 police officers and 24 children and adolescents, and more than 2,000 injuries and 700 arrests.

On 30 December 2019, those 13 activists, among 91 other people, were released. However, they still face charges and will be brought to court on 30 January 2020. According to local groups, 65 people detained in the aftermath of the April 2018 protests remain in prison.

Join us now and take urgent action to call on the President of Nicaragua to release and drop all charges of all detained solely for exercising their right to freedom of expression and peaceful assembly.