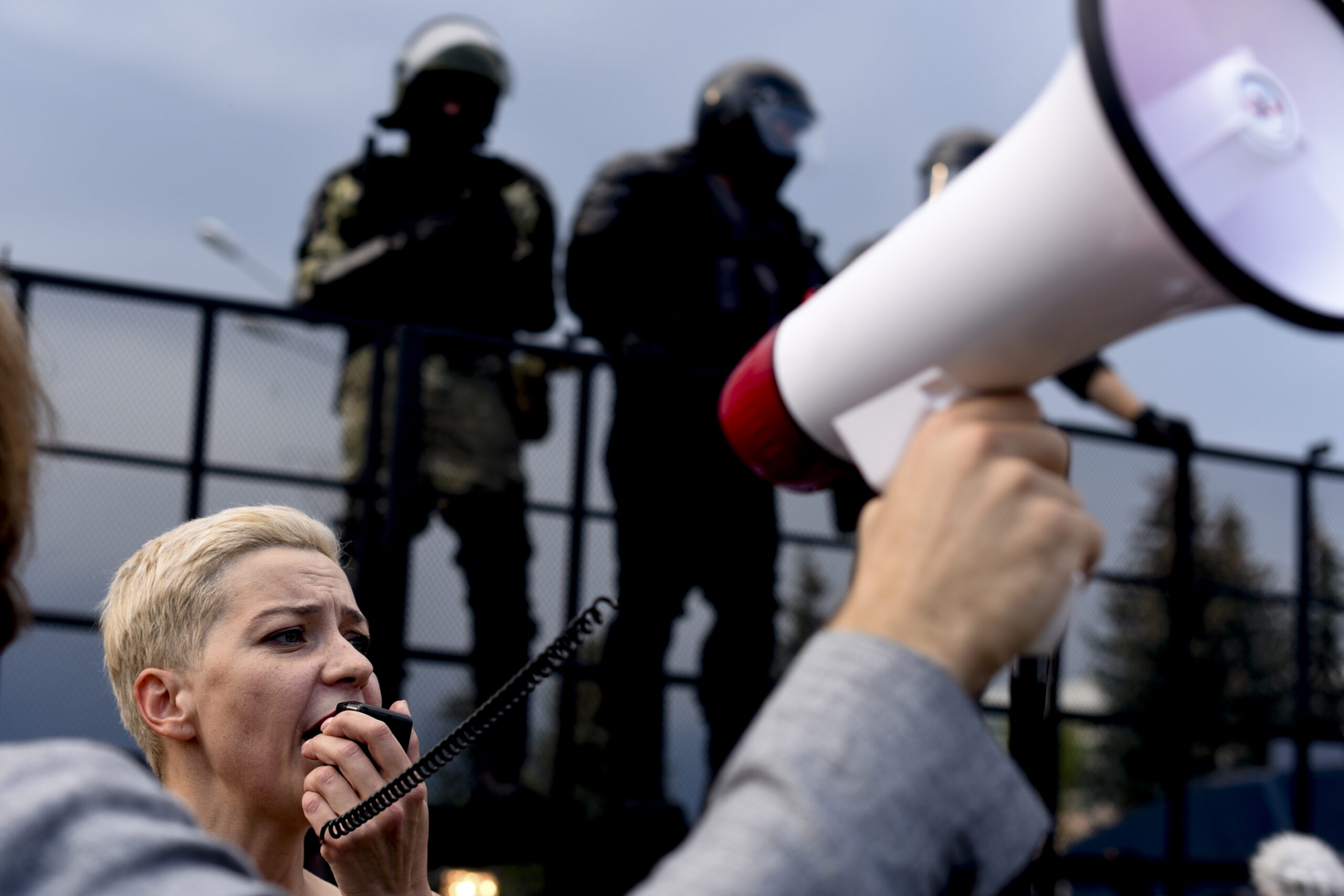 Maryia Kalesnikava, a professional musician and former artistic director of a cultural centre, joined the campaign of presidential candidate Viktar Babaryka in May.

She became one of the leaders of the opposition after Viktar Babaryka and Siarhei Tsikhanousky, were arrested in the run-up to the presidential election on 9 August.

Together with Svyatlana Tsikhanouskaya and Veranika Tsapkala, Maryia Kalesnikava formed an all-female trio who led an electoral challenge to, and galvanised mass protest vote against, the incumbent Alyaksandr Lukashenka.

After she resisted expulsion from Belarus she was detained on 7 September and, on 16 September, charged with “undermining national security”.

The authorities are rushing her prosecution to make it a precedent and serve as a warning to all peaceful protesters, for whom she has become a symbol of resistance, dignity and courage.

Following Svyatlana Tsikhanouskaya’s forced exile on 10 August, Maryia Kalesnikava emerged as the highest-profile opposition figure in Belarus. She appeared on the frontline of numerous peaceful street protests, repeatedly confronted abusive police officers, gave numerous media interviews and continued to support individuals who had suffered arbitrary arrest and torture and other ill-treatment in detention. She is one of the seven-member Presidium of the opposition Coordinating Council formed after the election.

Maryia Kalesnikava’s case is emblematic of dozens of persons in Belarus prosecuted under trumped-up charges for peacefully exercising their human rights, such as Marfa Rabkova, a woman human rights defender and coordinator of the Volunteer Service of the Human Rights Center “Viasna”. They all must be released immediately and unconditionally.

Call on the Prosecutor General Andrey Shved to release Maryia Kalesnikava and all other prisoners of conscience.