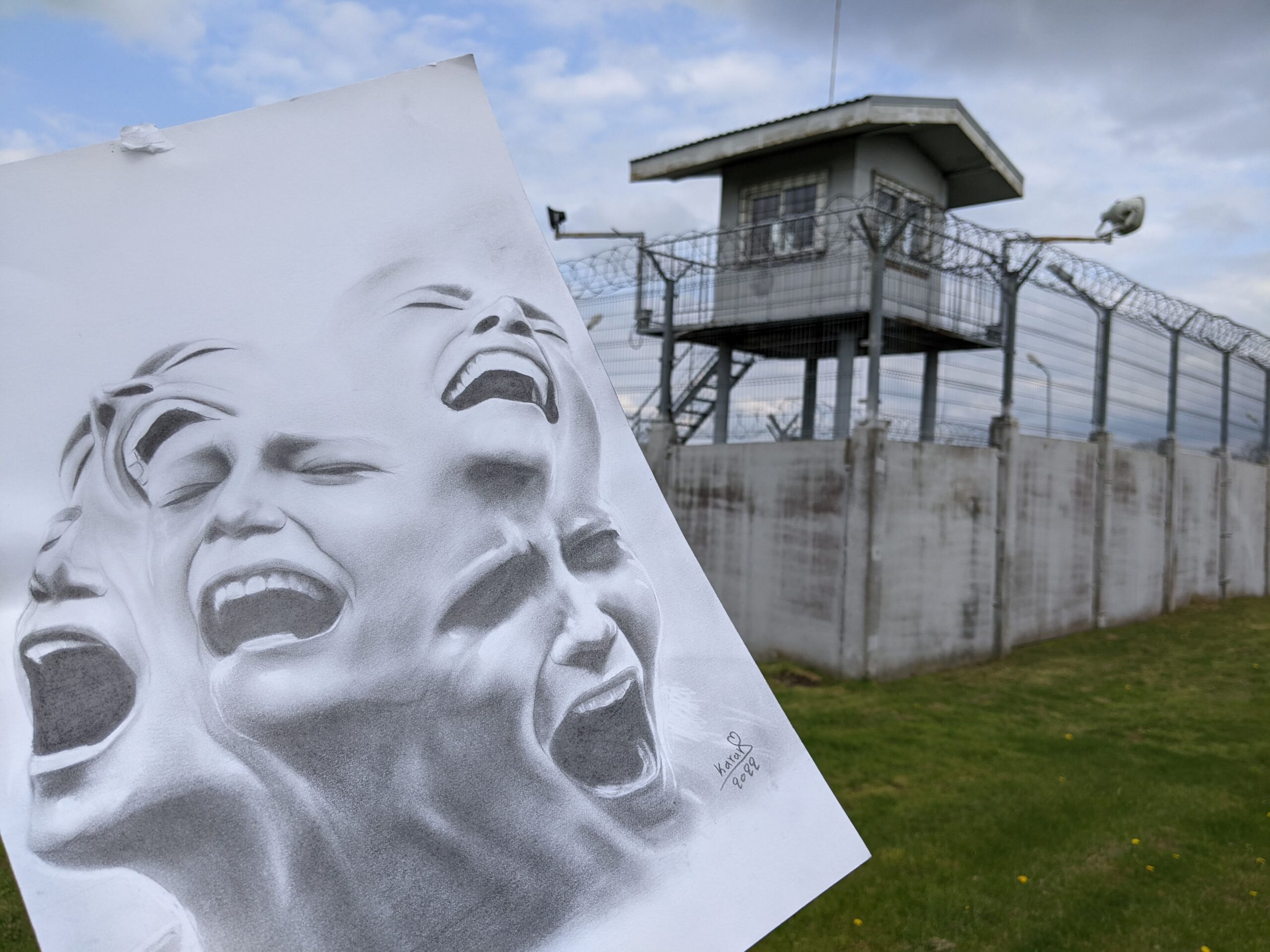 Lithuanian authorities have arbitrarily detained thousands of people in militarised centres, where they have been subjected to inhumane conditions, torture and other ill-treatment, Amnesty International said today. In a new report, the organization documents how refugees and migrants have been held for months on end in squalid, prison-like centres in Lithuania, where they are denied access to fair asylum procedures and subjected to other serious human rights violations in the hope that they will ‘voluntarily’ return to the countries they fled from.

This treatment is in stark contrast to the benevolence with which people fleeing the war in Ukraine have been received in the EU.

Amnesty International interviewed dozens of people from countries including Cameroon, the Democratic Republic of Congo, Iraq, Nigeria, Syria and Sri Lanka who were unlawfully detained. Many people reported being beaten, insulted and subjected to racially-motivated intimidation and harassment by guards in the heavily securitized detention centres, where there is insufficient access to sanitary facilities and healthcare.

“In Iraq, we hear about human rights and women’s rights in Europe. But here there are no rights”, said a Yazidi woman who was detained in the Medininkai detention centre, near the border with Belarus.

“Every person seeking protection should be treated equally and with respect. Yet the people we spoke to in Lithuania have been held unlawfully for months on end in abysmal conditions, and subjected to physical and psychological abuse and other degrading treatment. All the people in these detention centres must be immediately released and granted access to fair asylum procedures,” said Nils Muižnieks, Europe Regional Director of Amnesty International.

“While Lithuania has rightly extended a warm welcome to tens of thousands of people fleeing Ukraine, the experience of the detainees we spoke with could not be more different. This raises serious concerns about institutional racism embedded within Lithuania’s migration system.”

In July 2021, as the number of people arriving at Lithuania’s border with Belarus increased, the lawmakers adopted new legislation prescribing the automatic detention of people who irregularly crossed into Lithuanian territory. In order to deprive detainees of EU legal safeguards against arbitrary detention, authorities described such detention as “temporary accommodation” and even an “alternative to detention”.

As a result, thousands of people, including many who are in need of international protection, have been detained for prolonged periods. For months, many were also deprived of any oversight of judicial authorities to monitor the legality of their detention. Many people have never had their asylum claims assessed. Thousands of others have been violently pushed back across the border to Belarus, where they have no chance of seeking protection.

Hundreds of men are currently in detention at the Kybartai centre, which functioned as a prison until September 2021, when authorities started using it to detain refugees and migrants. It has barred windows, security doors, and a high perimeter wall. Men detained there have had their movements restricted even within the facility, and are allowed hot showers only twice a week. For months, the centre has been filled beyond its capacity, and has squalid sinks, toilets and showers.

A Syrian man told Amnesty International in March: “I want to thank Lithuania for receiving us… But here they don’t treat us well. This is a prison, not a camp. Everywhere I look there is barbed wire, why? I am not a criminal; I am a refugee.”

Abuses against people in detention

Hundreds more people have been held in the Medininkai detention centre, where they sleep in containers on a football pitch. People are forced to go outside to access toilets, walking through snow in the harsh Lithuanian winters. The detainees who spoke with Amnesty International were in a state of fear due to the aggressive behaviour of the centre’s guards. Detainees sometimes engaged in protests, caused by frustration at being arbitrarily detained and subjected to appalling detention conditions. Many people painted a disturbing picture of how authorities reacted to such demonstrations by beating them, including with batons, and by using pepper spray and taser guns.

On the morning of 2 March 2022, an anti-riot squad raided the detention centre at Medininkai, in response to a protest the previous evening. Women and men later recounted how guards and police beat them with hands, batons and tasers; handcuffed and dragged them from their “rooms” in flimsy containers; sexually humiliated a group of Black women who were forced outside into the cold, half-naked with hands tied, and locked them in a container, as shown in disturbing video footage seen by Amnesty International. At least 12 people were later transferred to other centres.

This was not an isolated incident. There have been numerous reports of ill-treatment, some amounting to torture, and disproportionate use of force, including through the use of pepper spray and other special equipment. Detainees have also been placed in isolation, and bitten by dogs if they tried to escape. A psychologist who worked at the centre is currently under investigation for alleged sexual violence against detainees in his care.

“Josephine”, a young woman from Sub-Saharan Africa said “The guard said: «We send you in the forest to hunt»… Everything here is racist, they are very racist, all the guards. When you are sick and ask for an ambulance, they say only if you faint they call it. We don’t like it here. Why no one likes black people?”

In August 2021, Lithuania blocked people arriving to the country irregularly from submitting asylum claims in the country. Lithuanian authorities appeared to give scant regard to the claims of people who had applied before then or who were exceptionally allowed to present an application. They have disregarded due process, hindered asylum seekers’ access to necessary evidence and often failed to provide adequate interpretation.

Amnesty International has denounced the legal aid system as a sham. Lawyers expected to represent asylum-seekers in asylum proceedings are contracted by the same Migration Department whose decisions the lawyers are supposed to challenge, exposing the lawyers to the risk of a conflict of interest.

“This ad-hoc system is built on a dangerous risk of conflict of interest. Lawyers supposedly hired to assist and defend refugees and migrants consistently fail to support them, sometimes even acting against them in court. This deceit is yet another barrier to people seeking protection,” said Nils Muižnieks.

Time to turn the page

Lithuanian authorities have recently stated that they will no longer seek to extend detention beyond the current limit of 12 months, but they have yet to detail how they will remedy the violations that they have committed during the last year. Such a remedy is required as their actions have breached both international and EU law.

“One year after the introduction of the ‘emergency’ legislation and related policies and practices that have caused so much misery and suffering, it is time for Lithuania to turn the page. Lithuanian authorities should immediately free all those still detained under the ‘temporary accommodation’ regime, ensure access to fair asylum procedures, provide compensation for all physical and mental harm suffered, investigate the abusive treatment of people, and repeal all harmful legislation adopted in 2021-2022.”

The European Union has allowed a two-tier system to develop in the last few months. While Ukrainian nationals are given protection in the EU and treated with the compassion they deserve, people fleeing other countries are locked up and face countless barriers within a system that is shamefully tainted by racism and other forms of discrimination.

As Lithuania attempted to ‘legalise’ pushbacks, automatic detention and the denial of asylum through its domestic legislation, the European Commission’s response ranged from outright praise to tacit endorsement. The Commission’s leadership told Members of the European Parliament that pushbacks are clearly illegal but suggested that there is no hard evidence they were happening. The Amnesty International report released today provides more than ample evidence, as have other international organizations and local groups over the last year.

The European Commission has yet to trigger infringement proceedings against Lithuania, whose legislation, policies and practices have blatantly violated international and EU law. Meanwhile, officers from the European Border and Coast Guard (Frontex) continue to assist Lithuanian border guards, including in border control and other activities that may contribute to human rights violations.