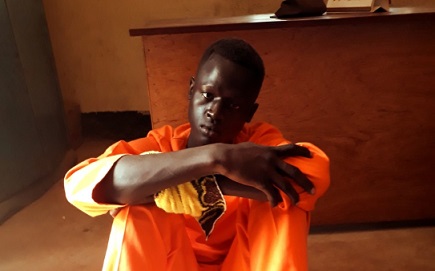 Sentenced to death at 15 in South Sudan.

Magai Matiop Ngong was a schoolboy when he was sentenced to death for murder in an incident which, he told the judge, was an accident. Only 15 years old, he did not have a lawyer to help him until after his trial. Two years later, at 17, he is on death row in Juba central prison, surviving on the hope that he will win his appeal against his execution and get back to school.