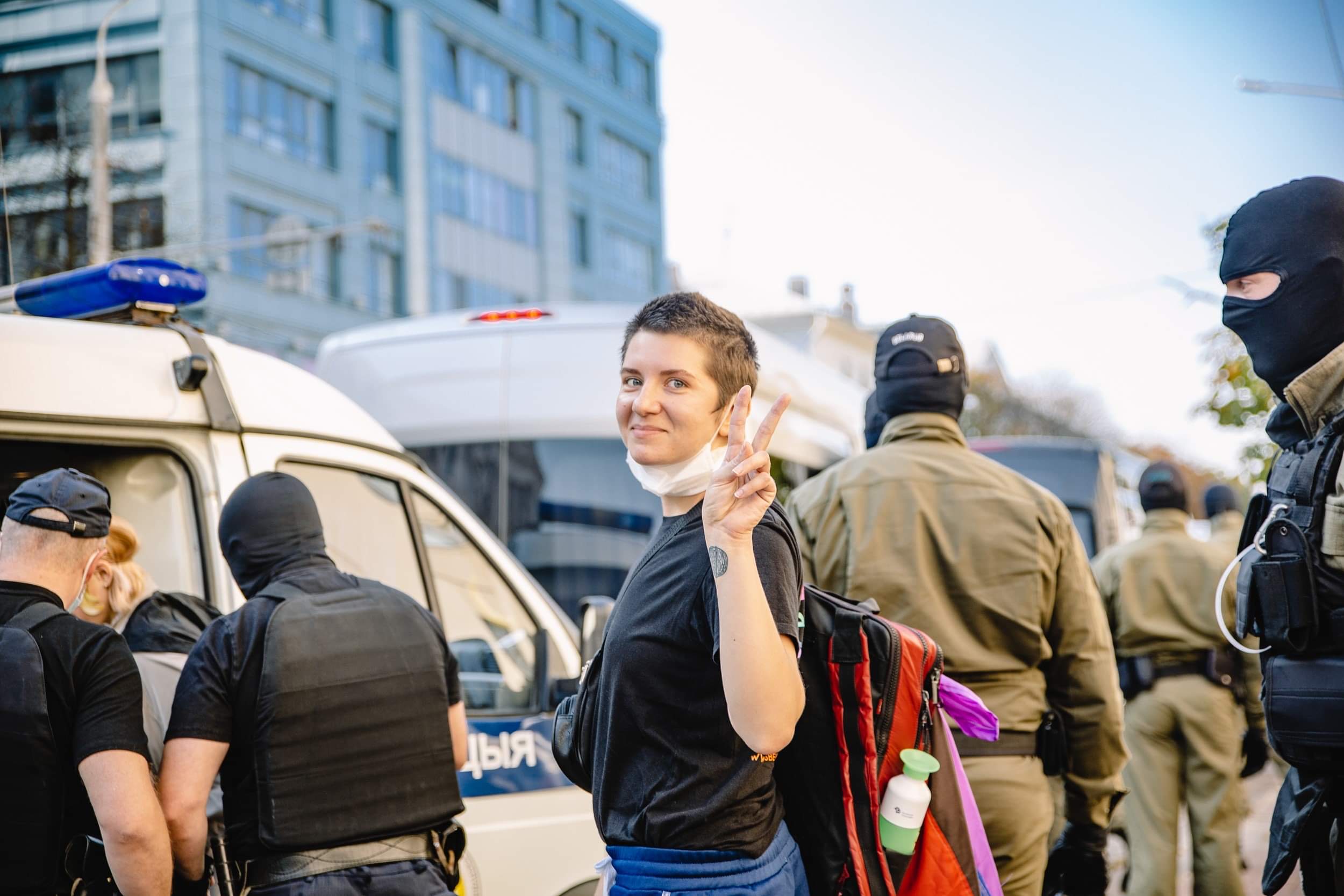 On 26 September, human rights activist Victoria Biran was detained on her way to the Women’s March in Minsk.

Two days later she was sentenced to administrative detention at the infamous Akrestina detention centre in Minsk which is synonymous with torture. In numerous similar cases the detention has been extended. As an LGBT+ activist, Victoria is at heightened risk of ill-treatment. She is a prisoner of conscience and must be released immediately and unconditionally.

At the time of her arrest, Victoria was holding a rainbow flag which, according to friends and activists present at the scene, drew the attention of riot police, and resulted in her arrest.

Her detention comes in the context of a crackdown on human rights in Belarus. Following the Presidential elections on 9 August, the authorities have engaged in an escalating campaign against the opposition and all dissenting voices.

Thousands of people have been arbitrarily arrested, the overwhelming majority of whom are peaceful protesters or bystanders. Many of those detained were apprehended in abduction-style arrest by masked plain-clothed men. Most if not all have been subjected to torture and other ill-treatment during their arrest and detention.

The Akrestina detention centre where Victoria is held has become synonymous with beatings, torture, and other inhuman or degrading treatment or punishment.

Belarus must release Victoria and all prisoners of conscience immediately and unconditionally. All other human rights violations must stop immediately, including the dispersal of peaceful assemblies, mass arrests and widespread ill-treatment and torture of detainees.