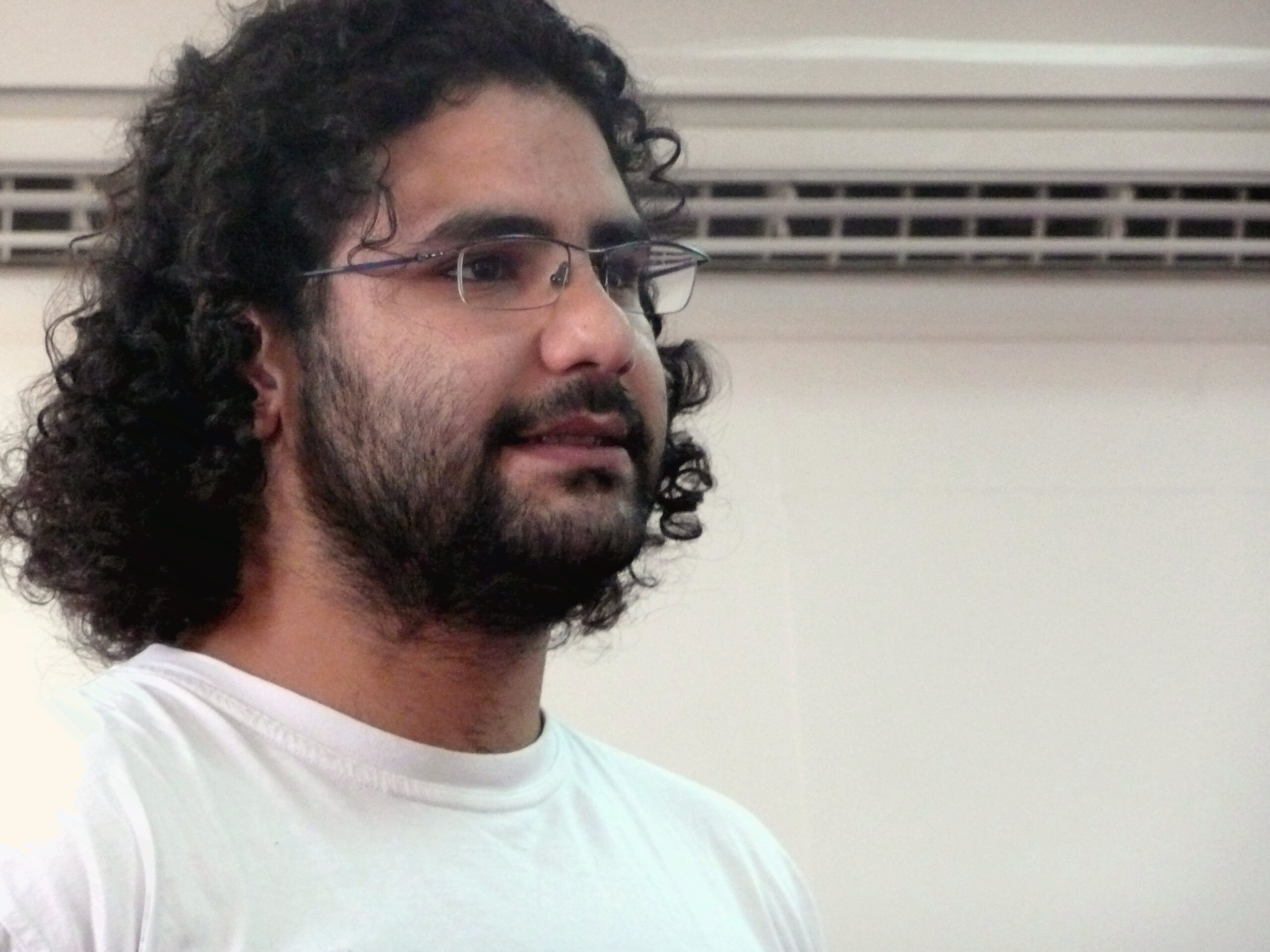 He was on hunger strike since 2 April.

Update: Alaa’s family finally received proof of life through two letters. Alaa is no longer held incommunicado and he announced that he was ending both his water strike and hunger strike. His family will visit him in prison.

However Amnesty International is still concerned about his health situation as his lawyer was prevented from seeing him for the third time yesterday.

It’s crucial to keep the pressure on the Egyptian authorities and call for his immediate and unconditional release.
He had escalated his hunger strike on 1 November stopping the 100 daily calorie intake he had previously consumed. In what he and his family view as a final bid for his freedom, he announced his decision to stop drinking water on 6 November, the start of the UN Climate Change Conference (COP27) in the Egyptian resort town of Sharm al-Sheikh. Alaa Abdel Fattah, who has spent most of the last nine years unlawfully deprived of his liberty, was last arrested in September 2019.

He was being held incommunicado, amid the authorities’ refusal to allow his family or lawyer to see or contact him. In his last letter to his family on 31 October, he announced escalating his prolonged hunger strike by stopping any calorie intake on 1 November and water consumption on 6 November. After days in agony waiting for a letter from him at the gates of Wadi al-Natrun prison, on 10 November, a security officer told his mother that he is undergoing a “medical intervention”. He provided no further details about his location and wellbeing and instructed her to no longer come. On 10 November, security officials denied Alaa’s lawyer access to see him despite a visit authorization by the public prosecution.

Alaa Abdel Fattah, a well-known political activist and government critic, has been repeatedly arrested in recent years including for his role in the 2011 uprising. Mohamed Baker is a human rights lawyer and director of Adalah Center for Rights and Freedoms, which he founded in 2014. They are among the thousands of people detained arbitrarily in Egypt solely for peacefully exercising their human rights or following grossly unfair trials, including mass and military trials.

On 20 December 2021, he was convicted on bogus charges and sentenced to five years in prison following a grossly unfair trial.

He is prisoners of conscience, solely targeted for his peaceful activism, and should be immediately and unconditionally released.